For all those Disney lovers out there, here comes a drool-worthy cell phone that combines uber cool looks with equally amazing features to match. Himfr.com, one of China’s leading B2B search platforms with more than 30 B2B industry websites to its name, evaluates Disney’s diamond mobile phone DM005SH. 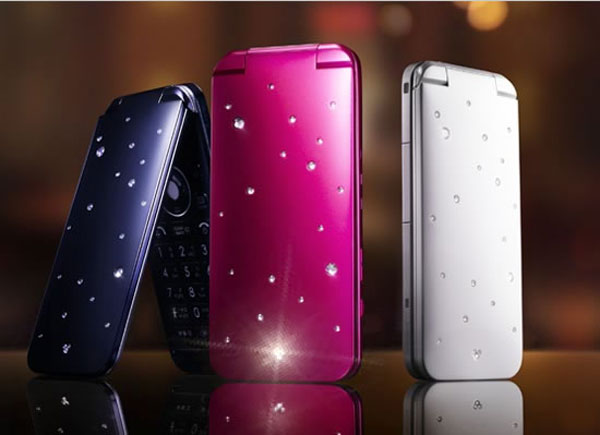 Disney DM005SH Diamond Cell Phone The Disney DM005SH is the fifth phone in the DM series. Compared to previous models, the DM005SH lens has been improved from 3.2 million to 8 million pixels, meaning that imaging capability has increased significantly. As a Japanese mobile phone, it follows the classic clamshell shape and is equipped with a 3.4 inch AVS LCD screen with a resolution of the highest level of FWVGA. The external screen uses a hidden LED display. The design of Disney’s DM005SH is luxurious and includes more than 22 dazzling diamonds of varying size. These diamonds are irregularly distributed on the front of the phone to represent stars shining in the sky. On the front of the phone a combination of three diamonds are arranged in the shape of a Mickey Mouse head. Likewise, in the phone function key area of the navigation keys, a combination of three radio buttons are also shaped as Mickey Mouse’s head. Aside from the word “Disney” engraved at the top of the phone’s keyboard, the bunch of pre-loaded Disney themes should be more than enough to convince you that this is a phone for Disney lovers. There isn’t any mention of pricing at the moment, but you can be sure that since it sports diamonds, it’s not going to be cheap. The phones are available in three colors red, dark blue and white. 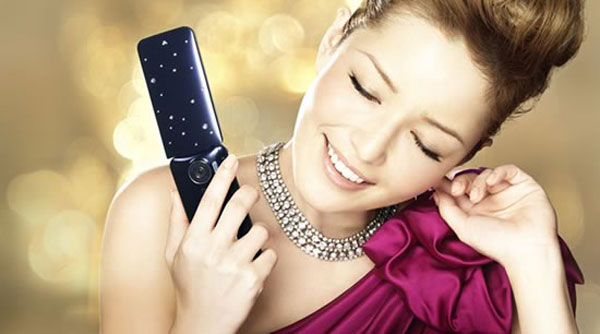