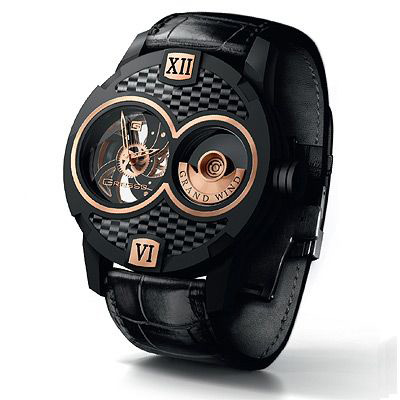 Gresso known as a manufacturer of high-tech luxury mobile phones, recently has introduced their first watch collection called Grand Wind Skeleton. It’s been for 3 years that the design and movement have been developed. In the pursuit of an ideal realization, over 100 prototypes have been used.  Gresso designers and engineers have introduced an absolutely original concept of watches as such through an artful combination of expressive appearance and innovative interior decoration. At the same time, they did not fail to take the company’s stylistic traditions into account, so they endowed the reverse side of the watches with brilliance and originality. The Grand Wind Skeleton timepiece is in close connection with the term ‘self-winding’. A massive rotor of 18ct gold situated on the front of the dial adds the finishing touches to this exquisite creation. The exquisite timepiece features a classy 45mm case made of 18ct gold. Furthermore, Gresso designers and engineers have made use of carbon while making the watchcase. The Grand Wind Skeleton watch is powered by an original Gresso G1 movement based on ETA 2671, frequency 28,800 vph, which is protected by a specially designed shockproof system. Watch connoisseurs can observe the skeletonized movement from both the external as well as internal side of the watch. One window will give you a glimpse of the movement while in the other you can see the second hand made in the form of a three blade propeller. Completing the look of this aesthetically designed masterpiece is the black crocodile leather strap. Grand Wind Skeleton is created in a limited edition of 200 pieces (100 cased in rose gold and 100 cased in white gold) with each bearing the company logo and individual number on the case back.  Priced at $60,000, this timepiece is for the select few only. 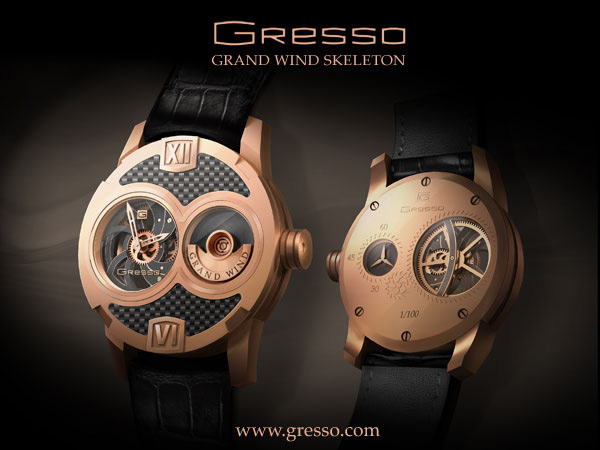 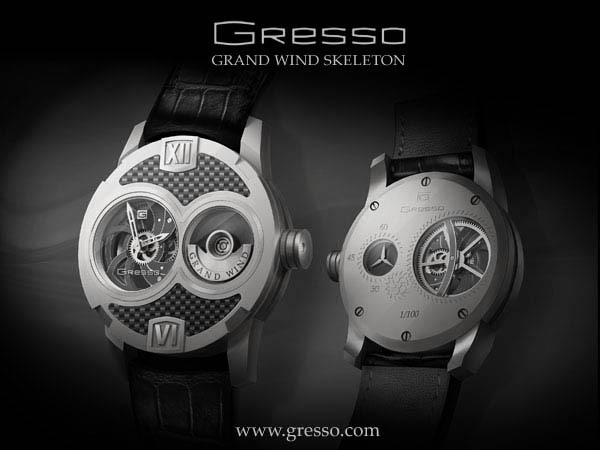