A Mumbai developer is about to start construction on what he claims will be the world’s tallest residential tower. If you are super rich, you can see what such lofty living feels like. Mumbai builder Lodha Developers Ltd. said it will finish the over 117 storey stack of private homes called World One in 2014. Over 1,470 feet tall, the tower will reportedly cost around $450 million to build and units are already being sold at prices from around $1.5 million all the way up to more than $12 million. 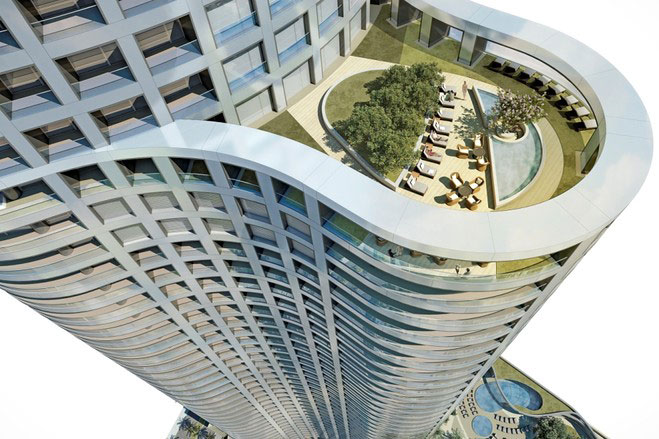 At more than 450 meters, it will be taller than the Empire State Building in New York or the Willis Tower, known until quite recently as the Sears Tower, in Chicago. It is also scheduled to beat the record for tallest residential tower which is currently held by the 323-meter residential complex in Australia called “Q1”. The oval shaped building, designed by Pei Cobb Freed & Partners and Leslie E. Robertson Associates, provides a balcony for each unit. The units on the higher floors don’t only have better views but they will have less street noise and cooler balconies. The development will contain more than 300 apartments and include large green spaces, cafes and an open-air observatory. The project is estimated to use over 250,000 cubic metres cement-concrete, 35,000 metric tonnes of steel rebars, 40,000 square metres of glass, 18 high-speed lifts, each travelling at nearly 3 floors per second. According to Lodha, a significant aspect of the World One project will be rating of Gold Leed Certified Building by the Green Building Council. It will be the only 100-plus storey building in the world to get this coveted certification for its high-level of environmental care. The key eco-friendly measures it will incorporate are: 100 per cent water harvesting and recycling, using VRV air-conditioning and solar energy for common areas and heating, thus slashing electricity consumption by over 40 percent, and waste segregation and recycling. For the luxurious in-house feel, all the components for the kitchens, bathrooms, living rooms and bedrooms shall come from Germany, Italy, Japan, the US and France. 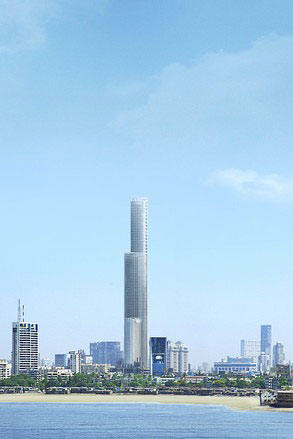