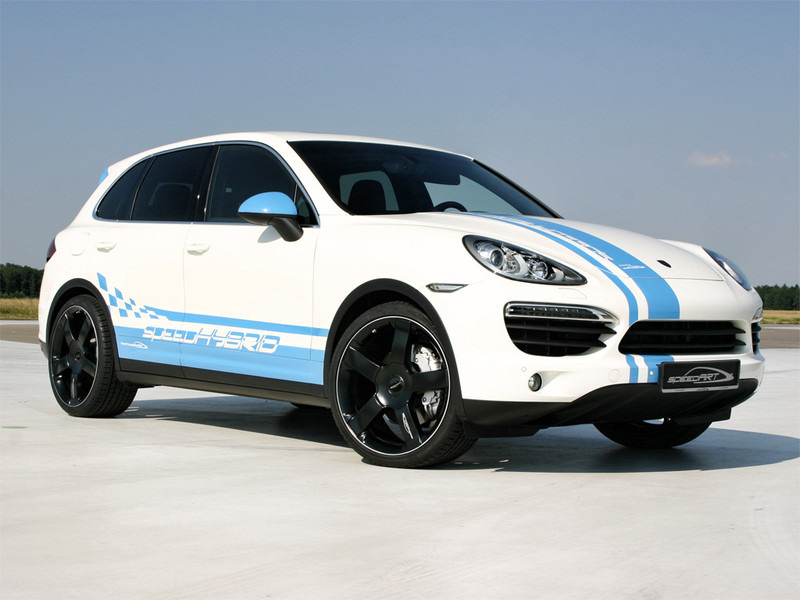 SpeedHYBRID – Porsche Cayenne S Hybrid by SpeedART German tuning specialists at speedART have just released details and photos of their latest project, based on a Porsche Cayenne S Hybrid, dubbed speedHYBRID. The team made various changes both in terms of design as well as engine performance, enhancing the vehicle’s looks and aerodynamics. Starting with the engine the V6 unit powering the speedART Porsche Cayenne S Hybrid has received an extra 70 HP which means total system output (including the electric motor) raised to 450 HP and 570 Nm of torque. This boost enables the speedART Porsche Cayenne S Hybrid to hit 100 Km/h from a standstill in 6.0-seconds flat instead of 6.5 seconds and the maximum speed that can be reached is now 252 Km/h (155 mph), 10 Km/h more than the regular version. For those who want to reduce ground clearance, Speed Art offer an kit for the series suspension.For those who already have an adjustable air suspension, tuners promise to solve the problem with a simple recalibration of the electronic sistem.  The package also includes a a sport exhaust with sound switch and 2×100 mm tail pipes, as well as 22″ wheels type LSC-FORGED. The body, which has received a number of aerodynamic enhancements, was painted in white over which were then applied two blue stripes. Same colors appear in the cabin, where instruments have received a blue background. The SpeedART Porsche Cayenne S Hybrid price has not been announced yet, however, the tuner says it’s developing two new aerodynamic packages for the SUV. 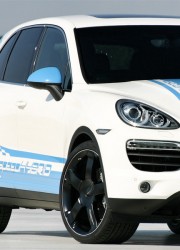 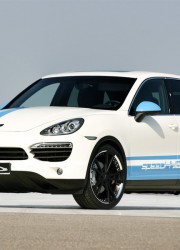 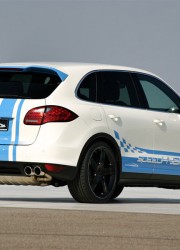 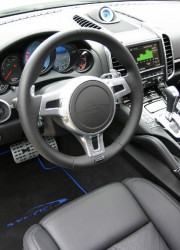 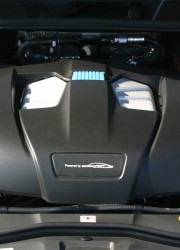 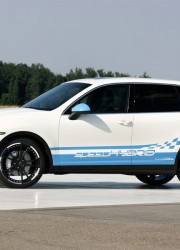 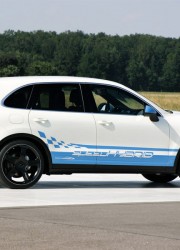 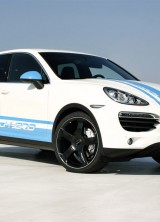 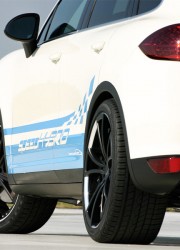