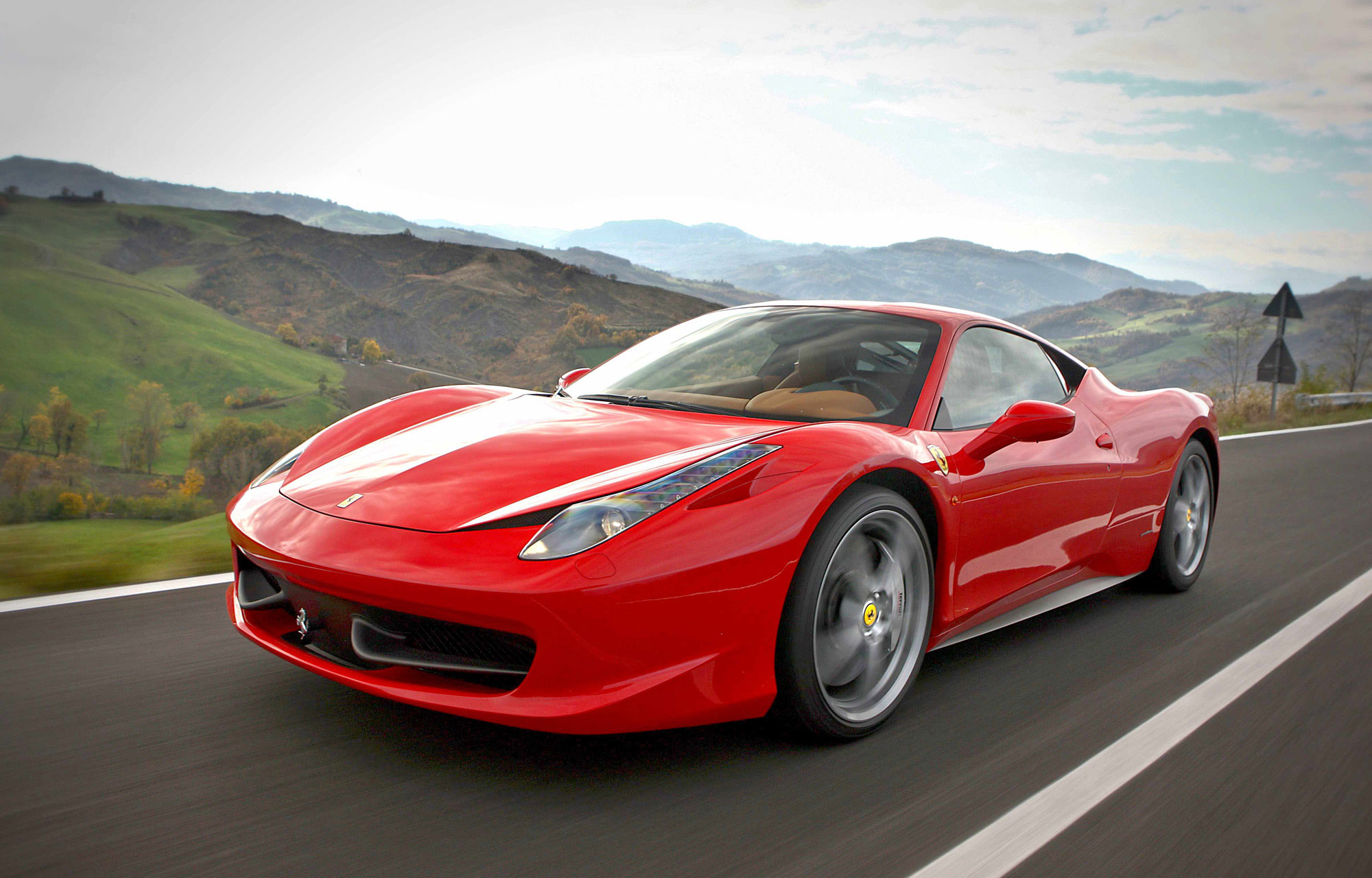 Ferrari 458 Italia Ferrari recalled 1,240 of its 458 Italia supercars supercars worth more than £212million because of a design fault which can cause them to burst into flames. Ferrari launched an investigation last month after media reports of fire accidents involving five vehicles in California, Paris, Switzerland, China and one other unnamed location. A Ferrari spokesperson told CNNMoney.com the luxury supercar is being recalled in order to make modifications to the wheelhouse assembly. In rare instances the heat shield could become deformed, bringing it too close to the exhaust system and igniting, a Ferrari spokesperson said. 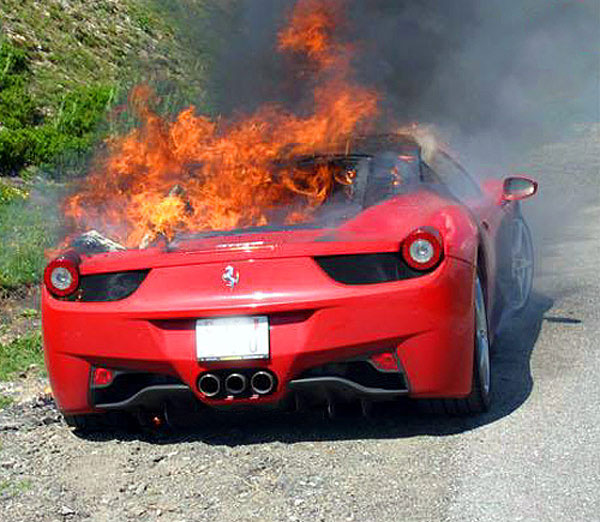 Ferrari 458 Italia in Fire When photographs of burning Ferrari 458 models started to appear on various websites around the world, Ferrari engineers flew to inspect the burnt out cars. Their conclusion was that the cause of these fires could be traced to the adhesive Ferrari had used to hold the rear, inner wheel arch liners in position. The job of these liners is to keep all the road dirt picked up by the wheels from entering the engine compartment but, in extreme cases, the heat from the engine can cause these liners to deform and move closer to the engine, causing the adhesive to catch fire. This soon caused other components to start combusting and this is how several Ferrari 458s have been destroyed by fire. These liners will be retained using ‘mechanical devices’, rather than glue to stop this from ever happening again. The five cars destroyed by these fires are going to be replaced free of charge by Ferrari, as soon as new cars can be built. 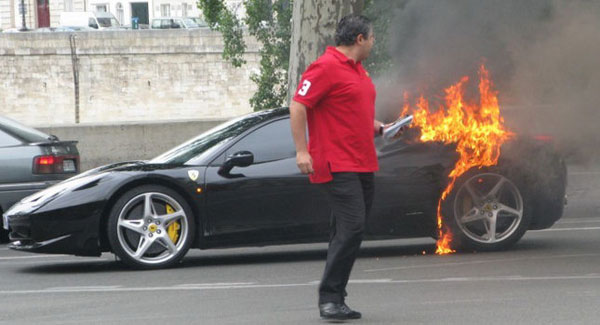