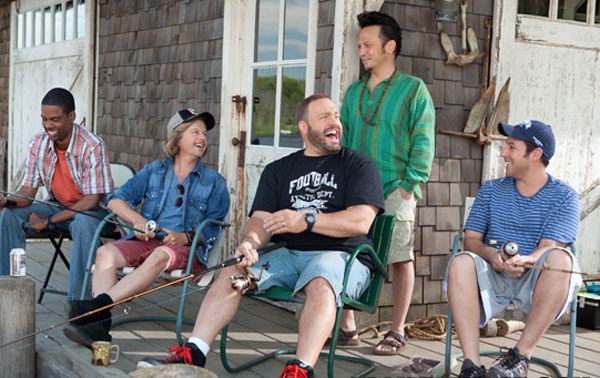 Working with Adam Sandler has benefits. If you star in one of his movies, and it makes a ton of money, you might just find a Maserati in your driveway. The star and producer of the hit movie Grown Ups reportedly bought his four co-stars, Chris Rock, David Spade, Rob Schneider, and Kevin James, all $200,000 Maseratis. Chris Rock woke up a few days ago and found a Italian supercar sitting in his driveway. I went outside the other day and I had a new Maserati in the driveway, Rock told Howard Stern on his Sirius radio show, joking: Now I think that I’mAdam Sandler’s b—h. Adam Sandler was just named 2010’s 9th most over-paid actor in Hollywood by Forbes. The list singles out actors who bring in the least revenue per each dollar they are paid for the movies they make. However, that list was compiled before Sandler’s mega-hit Grown Ups was released which grossed over $162 million in the US alone. Sandler’s publicist declined comment on the make of the gifted Maseratis. But it’s safe to say Rock and the gang aren’t returning their cars anytime soon. Or ever.
If you like you can check latest Other Stuff photos