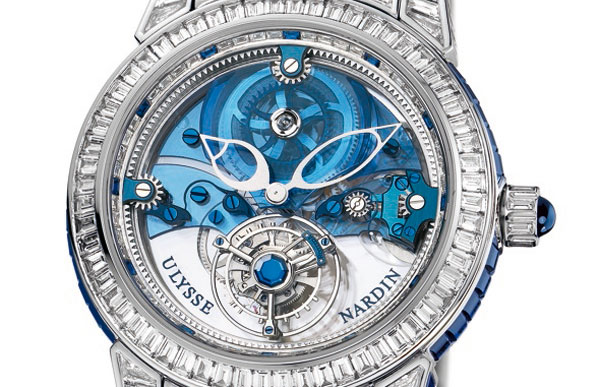 Ulysse Nardin Royal Blue Tourbillon Watch Ulysee Nardin’s limited edition collection now has a new offering. Royal Blue Tourbillon Watch was produced only in 30 pieces. Moreover, the watch was sold only at select retailers. The marriage of 568 baguette-cut Top Wesselton diamonds (33.8 carats) and 234 baguette-cut royal blue sapphires (16.79 carats) makes Royal Blue Tourbillion one of the most desired watch model among the connoisseurs. From a technical perspective, that is sheer genius. The entire mechanism rotates when winding and unwinding and there are blue sapphire crystals and blue screws holding the whole piece together. A reduced or skeletonized spring barrel acts as a power reserve indicator. This is not diamond decoration without design though. The stone work has been specially designed to create a distinct shape and series of textures all over the watch. The arrangement of both the diamonds and sapphires create a look that is much more than a mere amalgamation of precious jewels. Though the model has water resistance only 30 meters, I am sure you won’t try diving with $1 million watch. If you are not metallic strap fan, you can try Royal Blue Tourbillion set with a leather strap and platinum buckle. 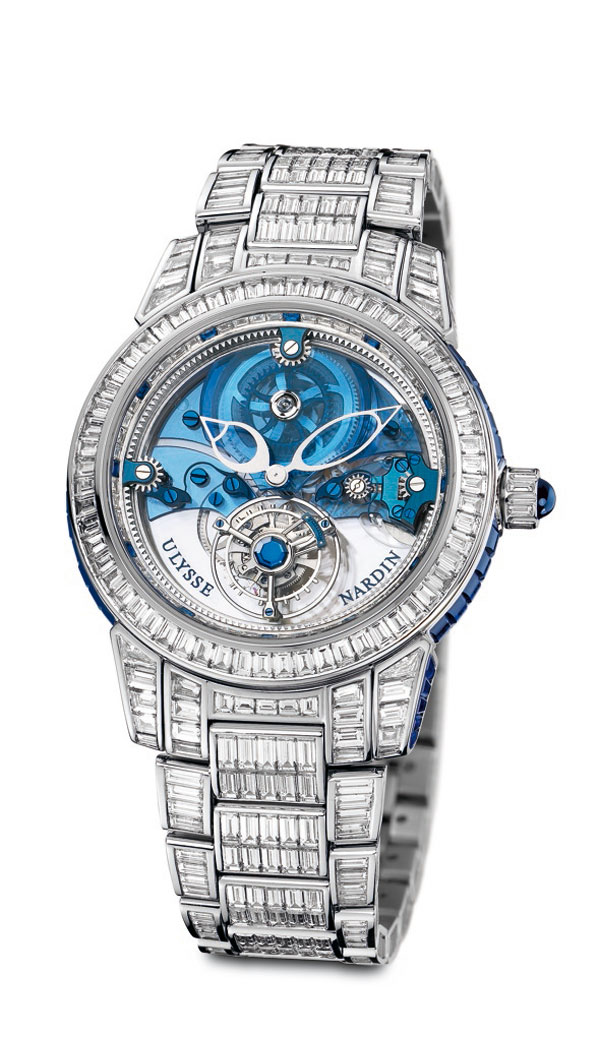