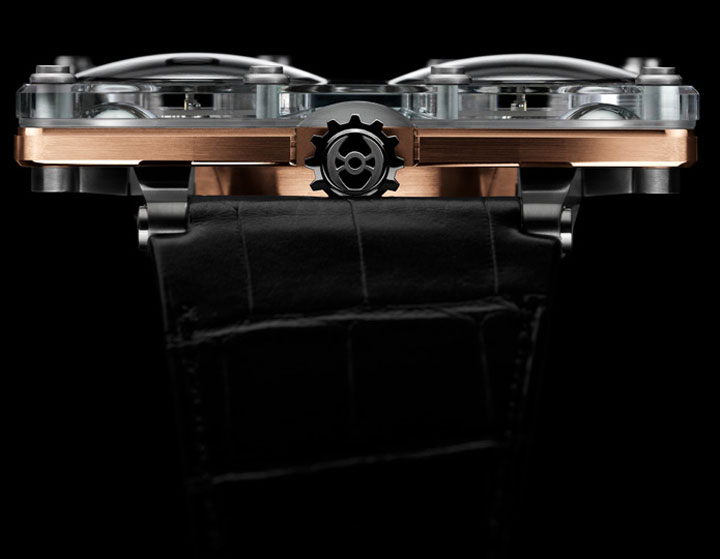 MB&F HM2 Red SV Final Edition Watch Maximilian Busser & Friends (MB&F) make some of the most unusual luxury watches in the industry, we’ve written about their HM3 Frog, HM4 Thunderbolt and HM3 The JwlryMachine Watch previously. Now they’ve released the final iteration of the HM2 watch line, which started life in 2008, called MB&F Horological Machine No. 2 SV Final Edition Watches. The first in the line is the HM2 Red SV, which features an 18k red gold case with black gasket and red 22k gold rotor. The second one is the HM2 Black SV, which flaunts a black titanium case with bright green gasket and a green 22k gold rotor. SV here stands for Sapphire Vision. Both the HM2s come with the same sapphire plates that are seen with the original SV model. It lets the wearer view the 349 part movement. The whole point of the Sapphire Vision watch was the massive sapphire crystal that made up the front plate of the piece. The crystals were ungodly expensive to make and a tortuous trial in patience as many would break in the manufacturing process. One you make the crystal and it is stable, they are relatively strong, but the weakness is in making them. The HM2 features an instantaneous jump hour, concentric retrograde minutes, retrograde date and bi-hemispheric moon phase. Only 18 pieces of the HM2 Black SV and another 18 pieces of the Red SV will be produced, with each costing $98,000, making HM2 SV Final Edition watches instant collectible timepieces for those wealthy enough to afford them. 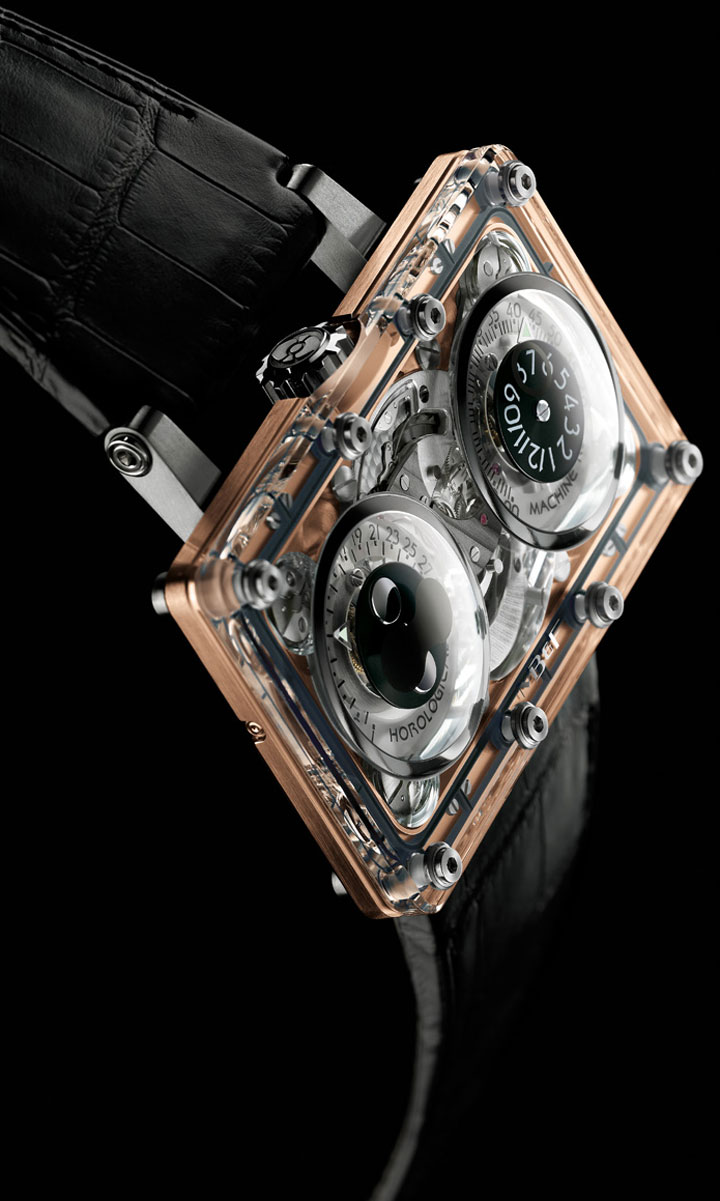 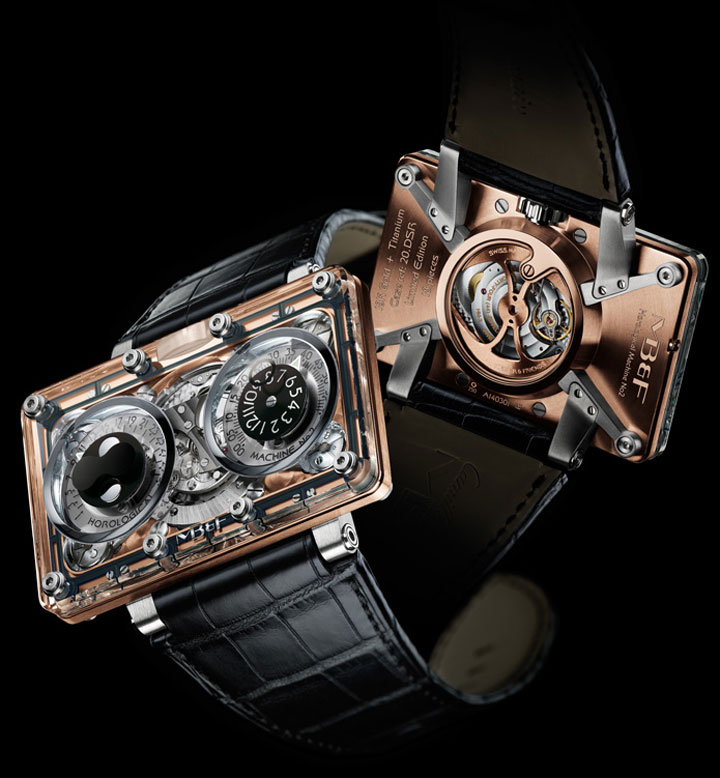 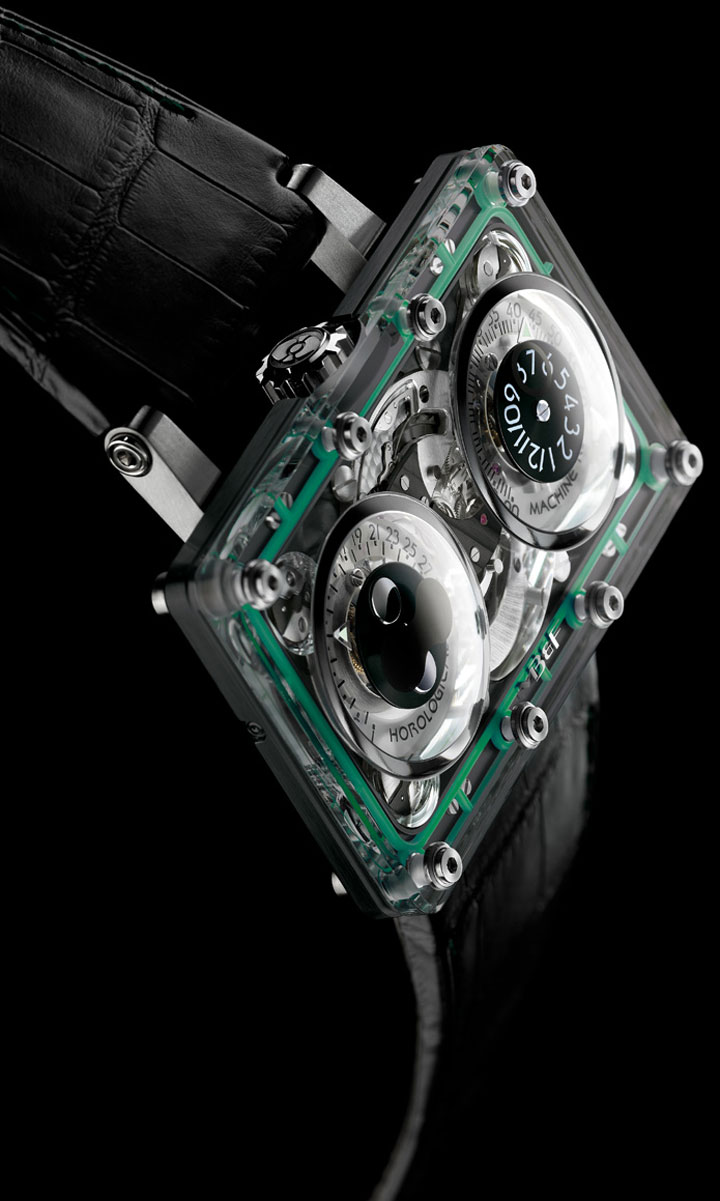 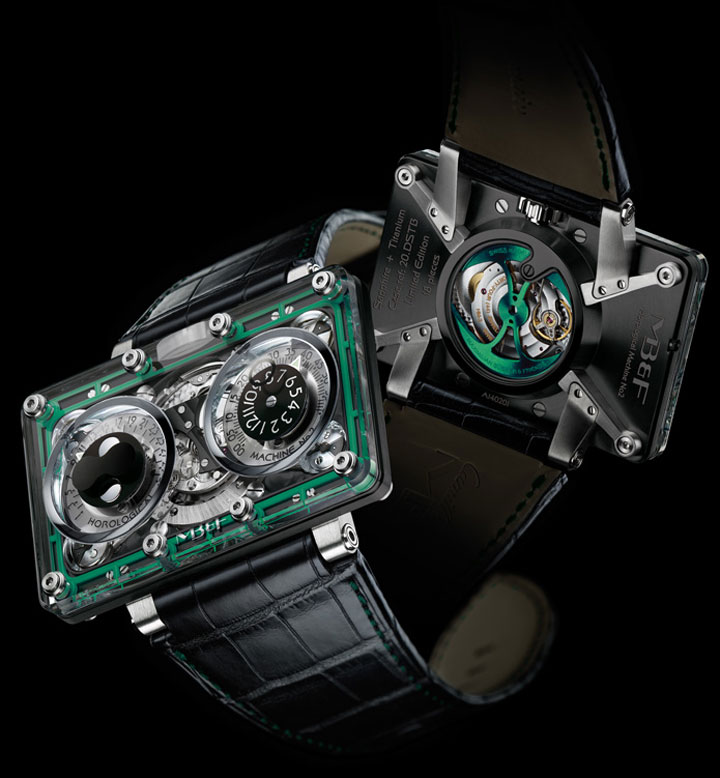