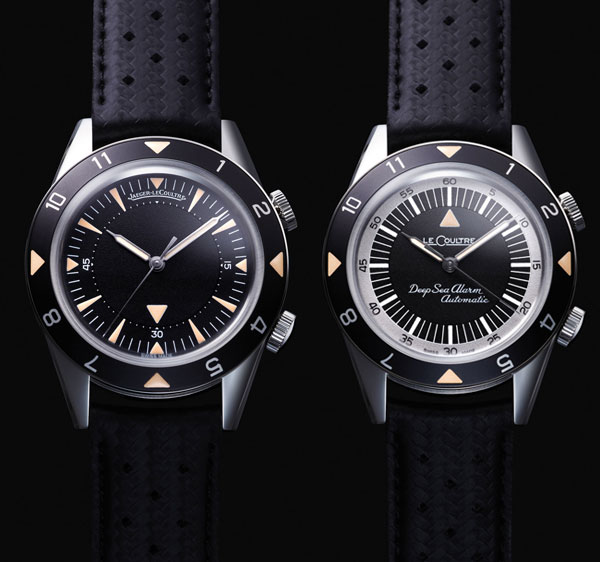 Jaeger-LeCoultre Memovox Tribute to Deep Sea Watch Jaeger-LeCoultre returns to the very roots of the diver’s watch by introducing a re-edition of the 1959 Memovox Deep Sea, logically named Memovox Tribute to Deep Sea. The distinctive characteristic of the original model lay in the fact that it was interpreted in two versions: one intended for European sports enthusiasts and the other for American divers. The Memovox Tribute to Deep Sea faithfully replicates the original model, except in one respect: the stainless steel case has been slightly enlarged from 39.8 to 40.5 mm in order to match contemporary requirements – and wrists. The case-back carries the motif appearing on the 1959 watch, featuring a frogman surrounded by bubbles. While the European model features a matt black dial with luminescent hour-markers, its American counterpart is distinguished by a two-tone black/grey execution surrounded by an external ring comprising a scale with five-minute graduations and simply signed LeCoultre. The two versions offer the same range of functions: hours, minutes, central seconds and an alarm. A crown at 2 o’clock serves to wind and set the alarm, while another at 4 o’clock is used to wind the movement and set the time. Both models are driven by Memovox Calibre 956, an automatic movement incorporating the latest technological developments from the Manufacture and which has decisively demonstrated its reliability over the years. This descendant of the first manually-wound Memovox calibre beats at a rate of 28,800 vibrations per hour and is endowed with a 45-hour power reserve. And finally, the watchmakers of the Manufacture have chosen to protect the dial of the Memovox Tribute to Deep Sea with a Plexiglas watch glass absolutely identical to that which equipped the historical models, a detail that connoisseurs will appreciate. The Memovox tribute to Deep Sea is issued in two limited series: 959 reproducing the Jaeger-LeCoultre Classique 1959 intended for the European market; and 359 inspired by the LeCoultre Special Amerique 1959. The last two digits of each edition echo the birth year of this legendary watch. At press time, JLC advises us that that the USA retail price will be approximately $11,950. The recommended price for the European model will be €9,500. 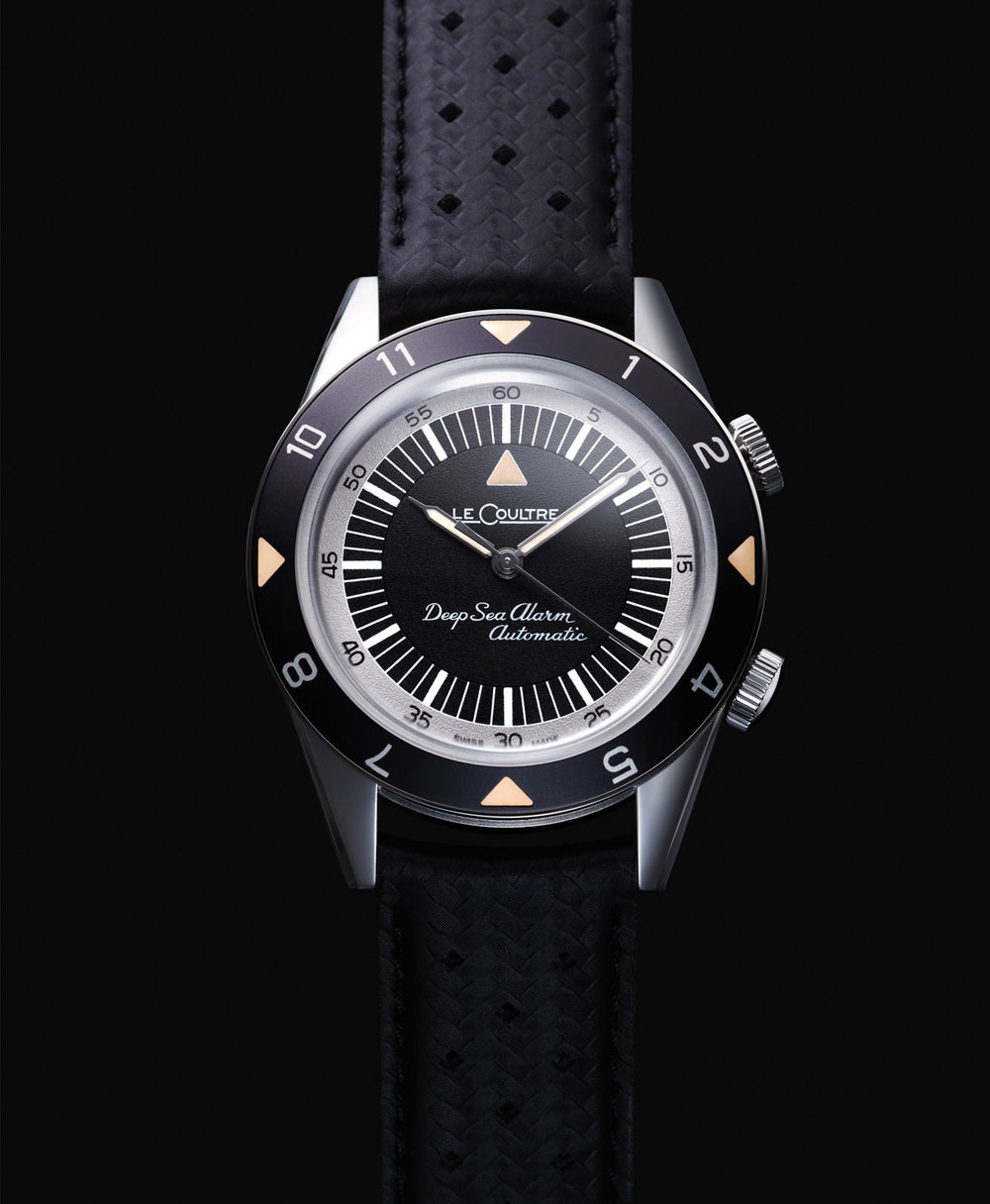 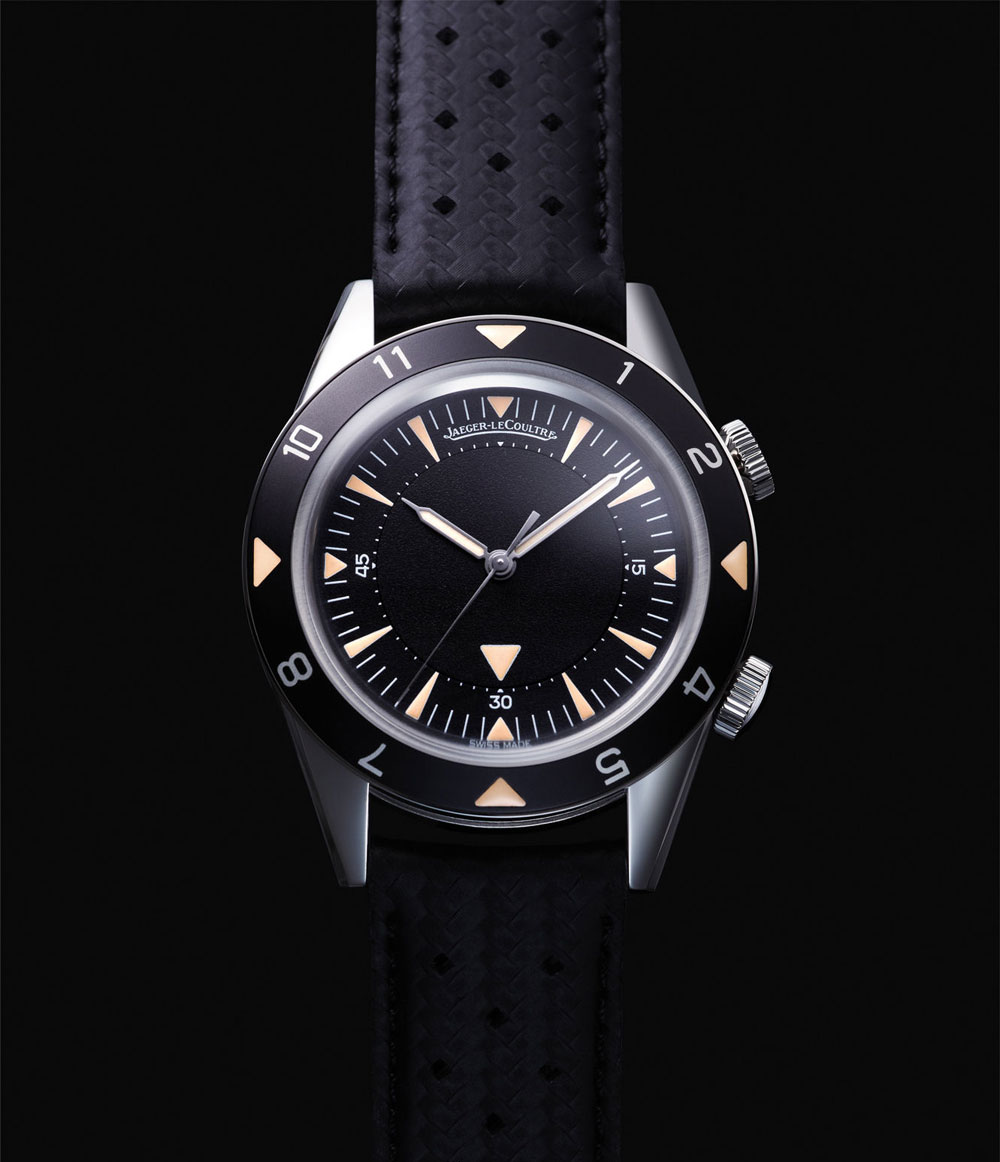