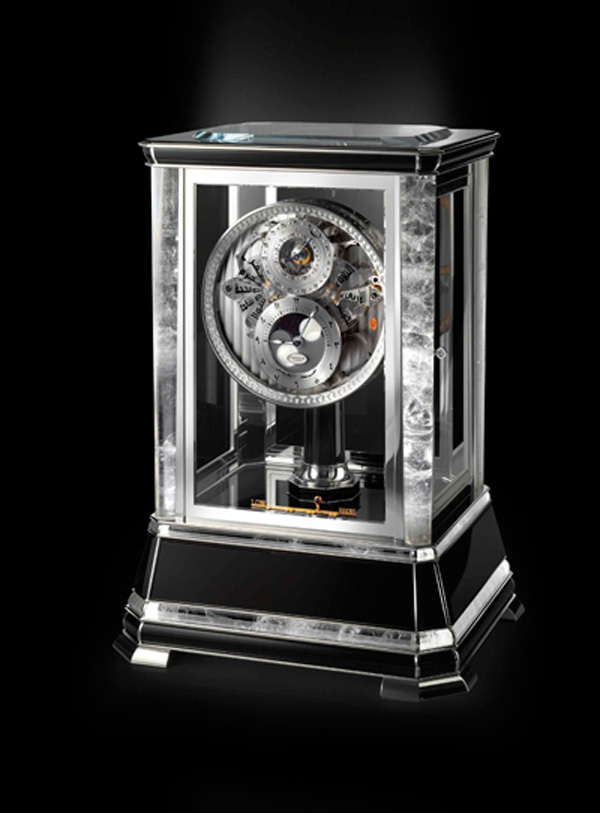 Parmigiani’s Islamic Hijri Clock The renowned Swiss watchmaker Parmigiani Fleurier has constructed the world’s first mechanical clock based on the Islamic lunar calendar. The clock took a reported 20 years to developed and has been termed by its developer as a project dedicated to the Muslim community. The Parmigiani Lunar Calendar Clock equipped with a continuous thirty-year mechanical Hegirian calendar displays the mean time in hours and minutes and is fitted with precision moon phases. The clock factors in the thirty-year cycle of normal and leap years and the dates for a Hegirian year for the duration of 354 days or 355 days, the seven days of the week and the 12 months or the year corresponding to the thirty-year annual lunar cycle. The Parmigiani clock, which has an autonomy of 30 days, has been produced exclusively in the Haute Horlogerie brand’s own workshops. Its dial shows the hours and minutes, the date in Arabic numerals, the day of the week and the month in Arabic calligraphy, the leap years in Arabic numerals and the normal years in the form of indices, the precision moon phases and the power reserve. Weighing in at 17 kilograms, or 37 pounds, The cabinet and base are made from solid silver, with decorative details in black obsidian, quartz and ruby. 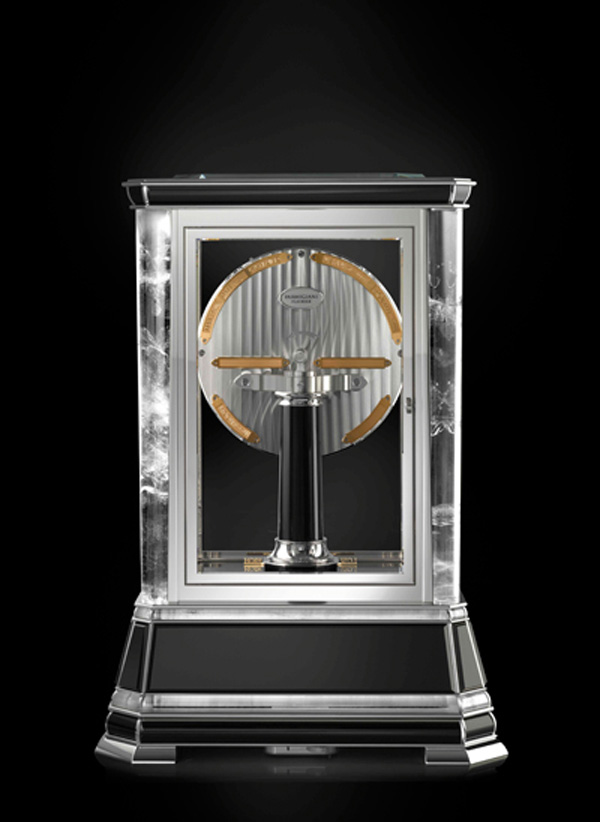 The lunar month starts when the moon is in line with the sun when seen from the earth, known as the conjunction. The month is defined as the average duration of one orbit of the moon around the earth (approximately 29.53 days).

A prototype of the mechanical clock was unveiled in Abu Dhabi past November. Priced at about $2.5 million, the Clock will be produced in an edition of 10, each piece unique and made according to the client’s specifications. After Abu Dhabi, the piece will be shown at the Geneva Time Exhibition in January, before it will be ready for delivery. 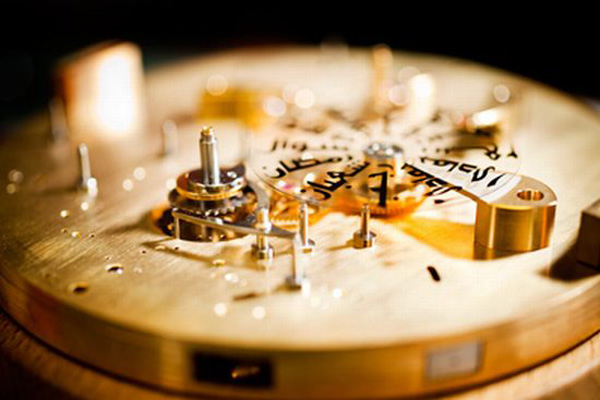 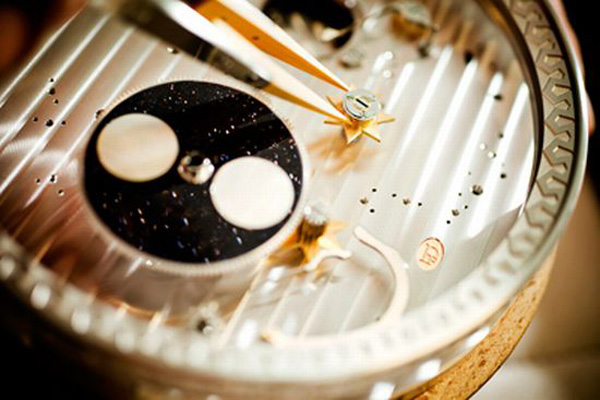