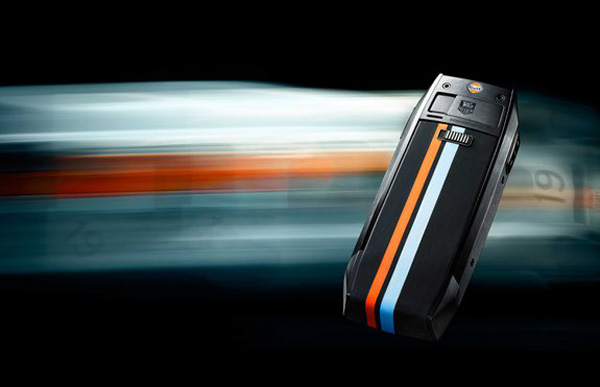 Special Edition TAG Heuer Meridiist Gulf Phone World famous watch maker TAG Heuer and Gulf Oil have come together to create a Special Edition limited to 400 copies of the Meridiist mobile phone. The phone, inspired by a racing legend, Michael Delaney is colored in the Gulf racing colors. As the star of the 1971 film Le Mans, Steve McQueen’s character, Michael Delaney, drove for the Gulf team; he got behind the wheel of a speed machine that featured the iconic Gulf light blue and orange racing livery. He also wore the original Heuer Monaco Chronograph on his wrist, and thus the legend was born. Two in the classic Gulf racing colors orange and blue stripes adorn the 155 grams black luxury phone from stainless steel and an insensitive PVD coating (physical vacuum deposit). The Gulf Meridiist has two displays: a tiny OLED display at the top for the clock functions in the TAGHeuer cell phone and a 4.8 cm large sapphire glass display with 240 x 320 pixels at the front of the phone functions. The Quadband GSM noble phone has much endurance for discussion (up to 7 hours), a 2 megapixel camera, 2 gigabyte deep memory as well as the one/off animation and five screen saver in the Gulf racing look. [TAG Heuer/Meridiist] 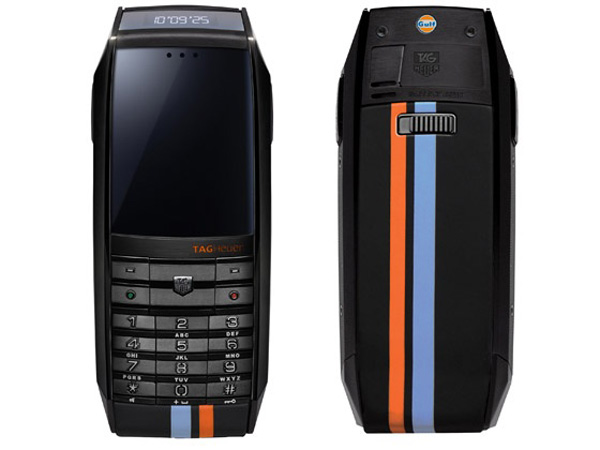 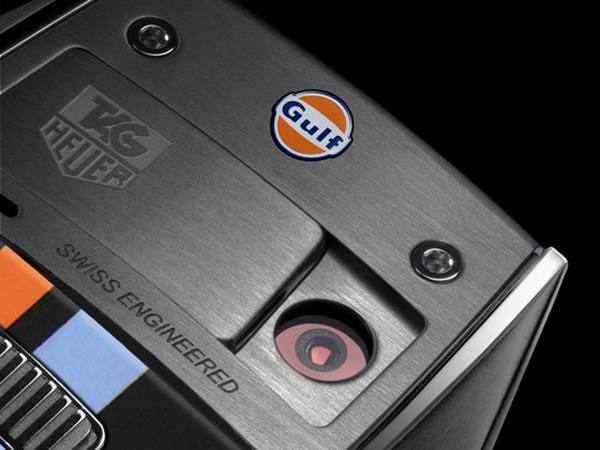