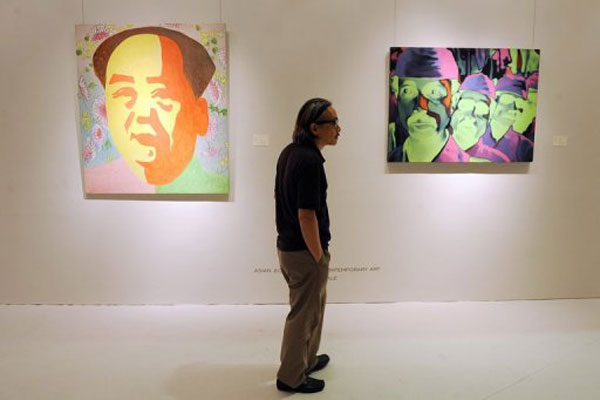 Visitors look at artwork at an auction preview in Hong Kong (AFP, Mike Clarke) (Hong Kong) – A series of auctions of high-end goods from fine wine to Imperial Chinese ceramics goes into full swing this weekend in Hong Kong, as the city challenges the dominance of New York and London. The multi-million-dollar auctions are looking to cash in on the vast wealth of China’s growing number of millionaires keen to show off their newly-made cash. Christie’s six-day Spring sale kicks off Friday with more than 2,700 lots, including a rare Patek Philippe watch and several pieces of contemporary art, that the house expects to rake in about HK$2.4 billion ($308 million). And on Tuesday rival Sotheby’s will be hoping buyers will stump up as much HK$130 million for a series of paintings by famed Chinese artist Chang Dai-chien. “This area is becoming a more and more important market for us,” Christie’s chief executive Steven Murphy told a press briefing Thursday, adding that Greater China, including Hong Kong and Taiwan, was one of the firm’s “fastest-growing markets.” Already this week, Bonhams Hong Kong said it posted a “Golden Gavel triumph” with the HK$38.3 million sale of Chinese snuff bottles on Wednesday. But the big money should begin rolling in from Friday, when Christie’s begins its sale, which includes hundreds of Chinese ceramics that may draw more than HK$1 billion and a Patek Philippe watch, which it says could fetch HK$9.5 million.

The auctioneer said its contemporary Asian and Chinese art sale will feature a self portrait of artist Zeng Fanzhi that could sell for HK$35 million. Acker Merrall & Condit will hold a rare wine sale of 1,100 lots in the financial hub at the weekend, which it expects to take HK$80 million. Among the rarities on offer are a wooden case of 1945 Mouton Rothschild with a HK$1.4 million high-end estimate and a trio of original wooden cases of 1988 Romanée Conti in “pristine condition”, which could sell for HK$960,000, the auctioneer said. Hong Kong has seen a surge in wine auctions in the past few years with the mainland Chinese market expected to hit $870 million by 2017, about 60 percent of the total Asian wine market excluding Japan. “Our location obviously makes it very convenient for Asian collectors, particularly those from mainland China, to take part in our auctions,” Donald Tong, Hong Kong’s most senior trade representative in the US, said Thursday. In December, Christie’s said its autumn sale had set a new Hong Kong auction record, raking in about $409 million as buyers snapped up everything from Chinese antiques to a pink diamond. About 43 percent of the buyers at the sale were from the Chinese mainland, reflecting their growing wealth and increasingly sophisticated tastes. Chinese buyers have helped Hong Kong, a former British colony, draw a string of record sales and become the world’s third-largest auction hub after New York and London. The city’s rise has also boosted the profile of Chinese art with some observers saying it could soon match the demand for European works. “Chinese art is really claiming its rightful place,” Jonathan Stone, the Hong Kong-based chairman for Asian art at Christie?s, told AFP. “Historically, records were set by European art. Now Chinese art is setting records.” Stone said mainland buyers remain key drivers of the city’s surging auction market, frequently outbidding rivals from Europe and North America. “Clearly the evolution of mainland China is a very significant factor,” he said, adding that “there are still a very significant American and European collectors at the very highest levels.” Hong Kong’s growing “internationalisation” with a string of new galleries and heightened focus on the art world has also boosted its profile as an auction hub, Stone said. “Hong Kong has emerged as kind of a pillar of the Asian art market,” he added. Copyright © 2011 AFP. 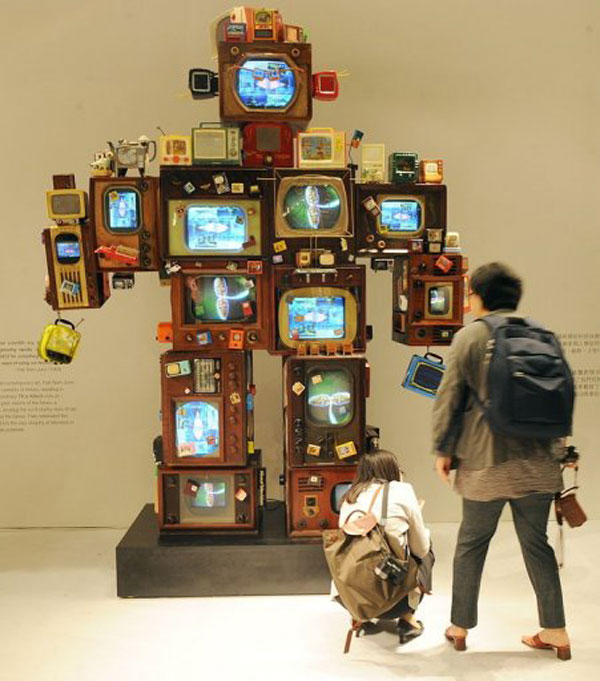