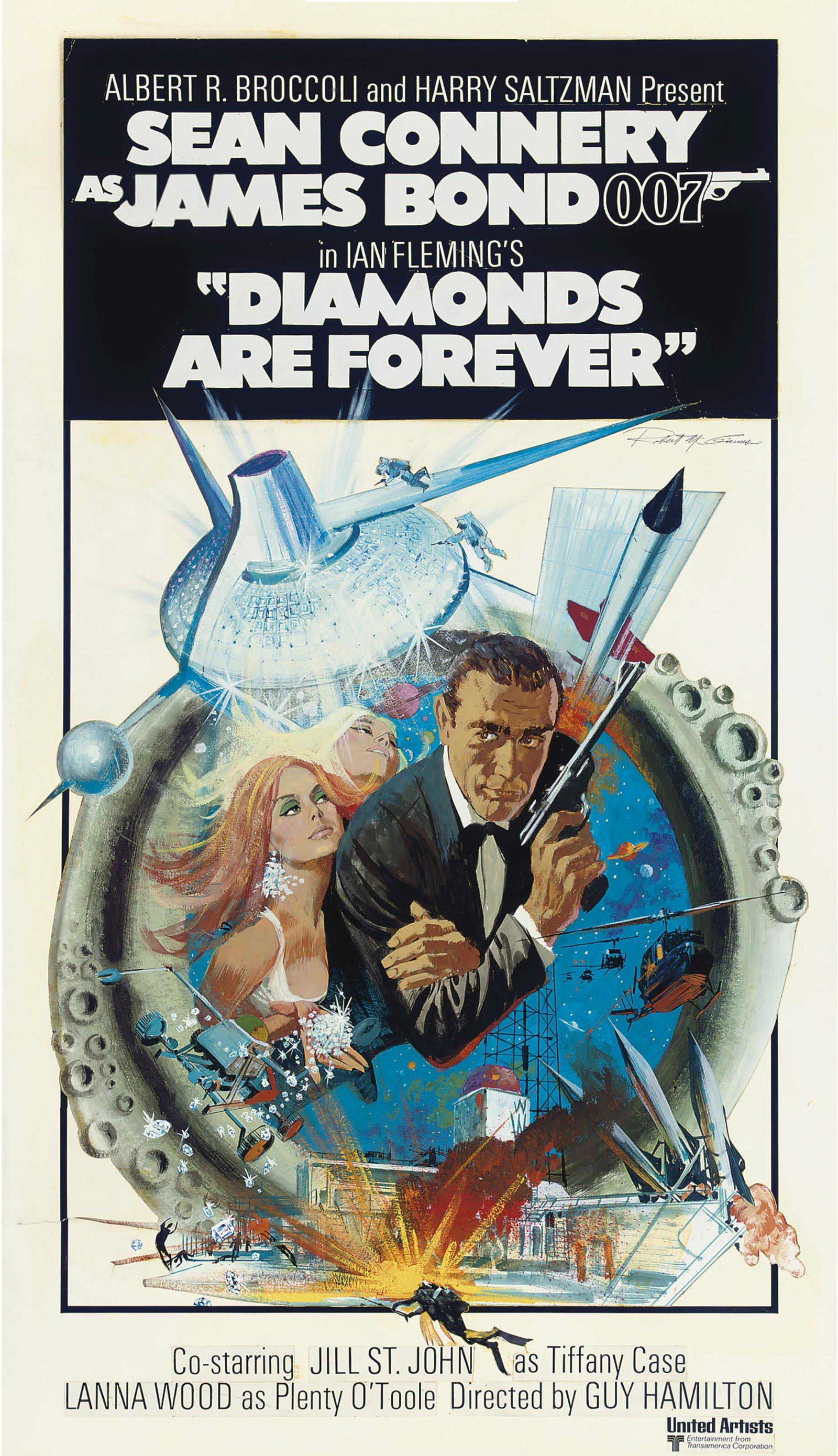 The Original Diamonds Are Forever Movie Poster The original poster artwork for Diamond Are Forever, the classic James Bond  movie of 1971, starring the best Bond till date, Sean Connery, has sold at Christie’s Vintage Film Posters auction in London for $129,495, more  than three times the original estimate price of $38,000. The original hand-painted concept artwork by Robert E McGinnis for the poster campaign was signed by the artist, and is all the more special because of the mis-spelling of actress Lana Wood’s name. Not only was this a world record price for any item of James Bond film poster memorabilia, it was also a world record price for a concept artwork at auction, according to Christie’s. Among the other sales were two posters from Sean Connery’s Bond movies – the 1964 Bond film Goldfinger which went for $9,197 and a 1965 hit Thunderball for $13,284. The sale featured over 30 original James Bond film posters dating from 1962 through to 1985. Offered by various owners the James Bond section totalled £131,546 (approx. $213,000), proving the enduring appeal and popularity of the famous and iconic British secret agent. Another one that gained the record breaking limelight was a single sheet poster of the classic 1942 Casablanca which gained $49,020. The third one was the poster of the 1962 Lawrence of Arabia which attracted $30,638. In all, the sale of 229 vintage posters raised $726,272.
If you like you can check latest Other Stuff photos