Superyacht Venus, commissioned by late Apple CEO Steve Jobs, designed by Philippe Starck with the help of the Jobs himself is now officially launched at shipbuilder Koninklijke De Vries in Aalsmeer, The Netherlands in the presence of Jobs’ widow Laurene and three of their children. 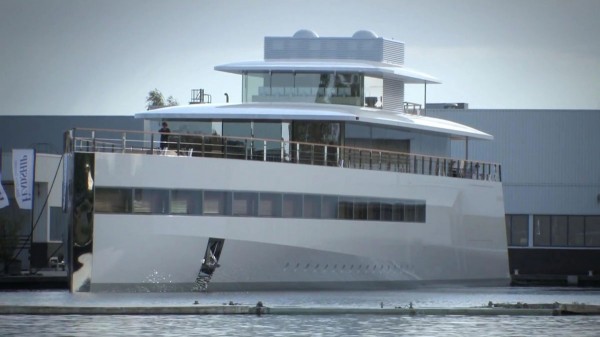 Christened after the Roman goddess of love, beauty, sex, fertility, prosperity and victory, Venus 262-foot (80 meter) superyacht, almost entirely made of aluminum and glass boasts sleek design with a line of large square windows and the minimalist teak sun deck. It also features seven 27-inch iMacs lined up in the wheelhouse to help run the controls. According to Jobs’ biographer Walter Isaacson, Jobs with the help of French designer Philippe Starck create the sleek interior which features a jacuzzi and ten-foot high window panels for the cabins which are forty feet long. The Apple co-founder said at the time, “I know that it’s possible I will die and leave Laurene with a half-built boat. But I have to keep going on it. If I don’t, it’s an admission that I’m about to die.” [youtube]http://www.youtube.com/watch?v=0mUp1PP98uU[/youtube] 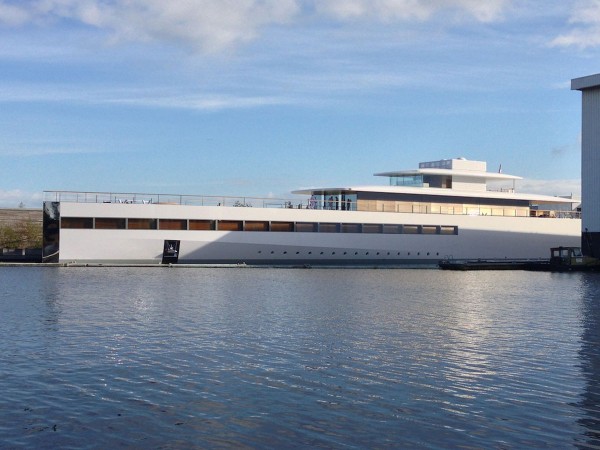 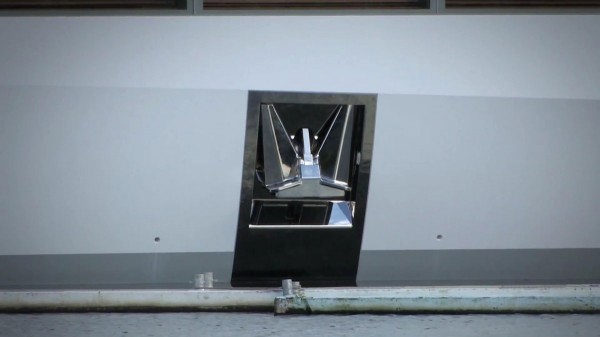 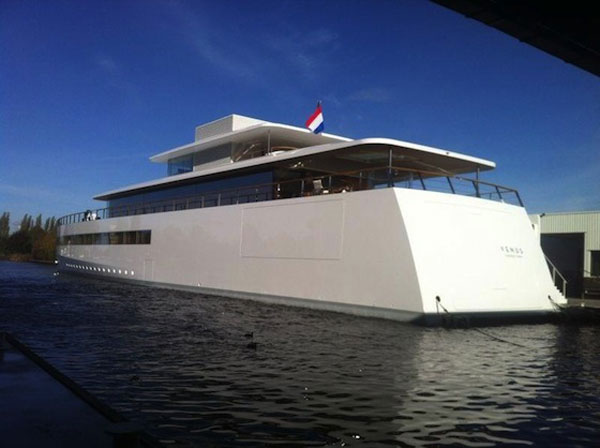