Repaired friendship isn’t the only thing that fills newspaper columns these days, when comes to Paul Allen and Bill Gates. Another thing that connects this two friends and business partners is superyacht Charade, custom built for Paul Allen in 1990, on which Bill Gates spent part of his Hawaiian honeymoon in 1994. Now, this luxury 154-ft. (47 m) superyacht built by Feadship De Vries Shipyard has been listed for sale by Merle Wood & Associates at $13.9 million. 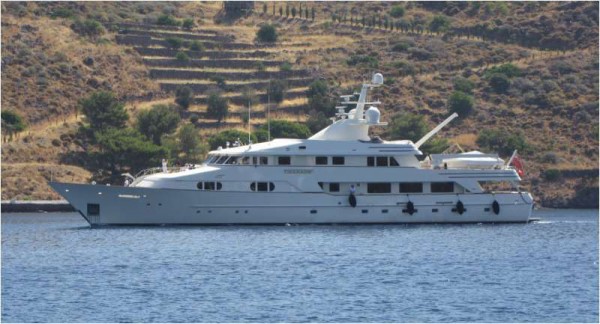 De Voogt Naval Architects was in charge for the general design of this yacht, while luxurious interior was the work of Mcmillen Of New York / Luis Rey. Charade can comfortably accommodate a total of 12 passengers in addition to 11 qualified crew. This large motor yacht also boasts five large staterooms including a massive full-beam owner’s suite with his and hers baths where Gates held court; a private dining salon, sky lounge and al fresco aft deck. When talk about technical specifications of this motor yacht, Charade also has a lot to be proud. Thanks to its twin 905 hp Caterpillar 3508 DI-TA engines, which enables it to cruise at the speed of 15 knots, Charade was able for cruising the globe’s furthest shores, and making history when sailed up the Amazon River. Paul Allen reportedly decided to sell the yacht when he had the Octopus built in 2003, and according to some accounts his sister Jody then became the yacht’s unofficial owner. In 1996 he commissioned another Feadship christened Meduse. 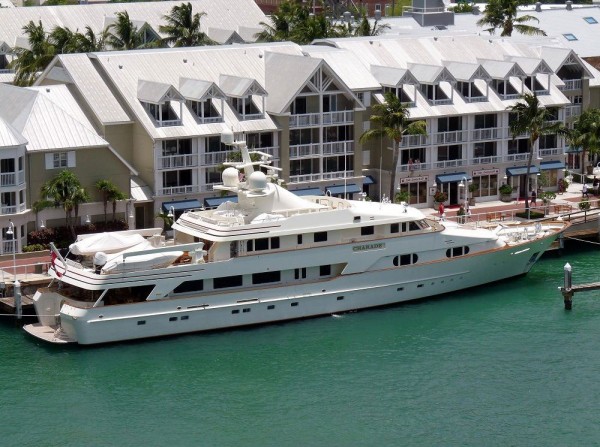