We have always admired Eric Clapton as one of  the great guitarists of all time, singer and songwriter who had an extraordinary influence on musicians around the world for over 50 years. Now is your chance to own replicas of the guitar Eric Clapton and might your music sound better on them. 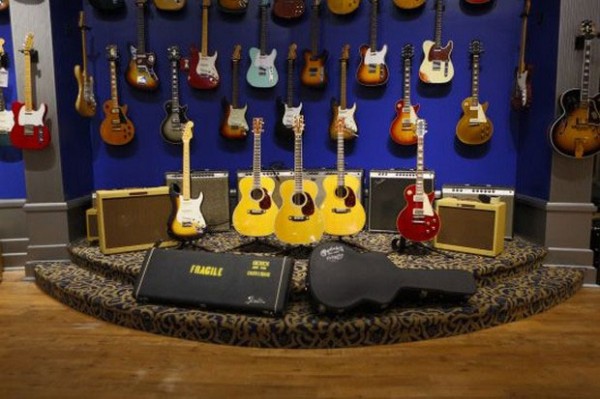 To celebrate his upcoming Crossroads Festival, Eric Clapton has collaborated with Fender and Gibson to recreate two of the most famous guitars of all time-his beloved “Brownie” and “Lucy”-and worked with C.F. Martin & Company to produce three all-new 000-sized signature instruments 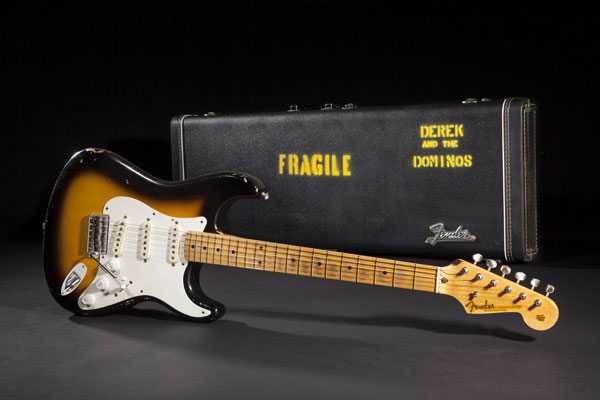 Clapton’s love of the Stratocaster began with ‘50’s rock pioneer Buddy Holly. All those records he made, it sounded like it was really quiet. It wasn’t until 1967, after establishing himself as a guitarist in the Yardbirds and John Mayall’s Bluesbreakers, that Clapton purchased his first Fender Stratocaster, a second-hand model at Sound City in London. Best known as the “Layla Stratocaster” and famously featured on the back cover of that pivotal album, the two-color Sunburst guitar, nicknamed “Brownie,” has a heavily worn maple neck, dated from June 1956. Clapton used the guitar for his first solo album. “Brownie” was sold at Clapton’s first guitar auction in June 1999, with a winning bid from Experience Music Project (EMP), led by Paul Allen. The Fender Custom Shop started work on a “Brownie” replica in the summer of 2012, using the original guitar in its current condition as a reference. Every single tiny detail, no matter how small, is accurately represented inside and out, including the cigarette burn on the headstock and the ultra-cool “Derek and the Dominos” guitar case. It has all the raspy, reedy bite and depth of the real thing, and played through a Fender EC Vibro Champ amp, it was effortless to produce the ‘Layla’ tone. The ‘Brownie’ is offerd in limited edition of 50 domestic and 50 guitars worldwide and the guitar retails for $14,999. 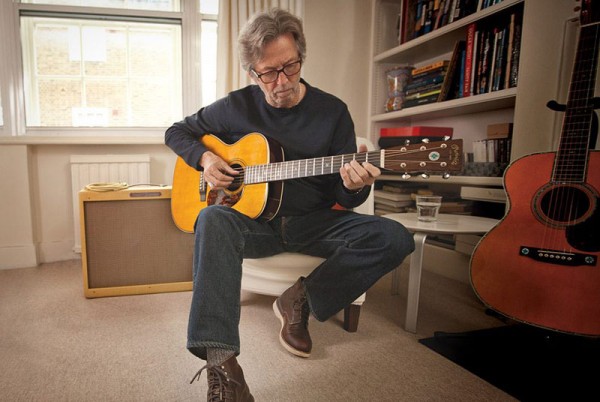 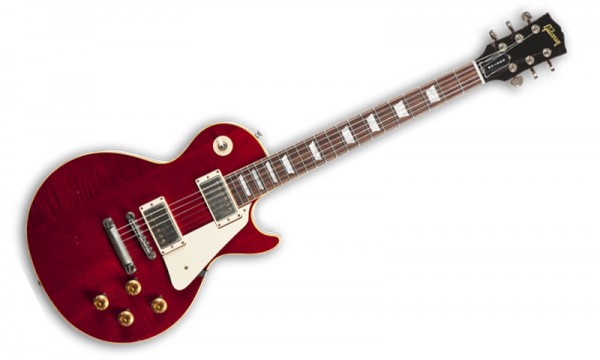 Still owned and cherished by the George Harrison estate, this Gibson Les Paul guitar originally a 1957 Gold Top, refinished by Gibson in 1967 in “cherry red” was meticulously measured and inspected by Gibson Custom in 2012, from which a stunning replica was made. A remarkably lightweight mahogany body, unusually slim ‘50s neck (thanks to the refinishing in 1967) and PAF humbuckers make this a great playing Les Paul. Other details authentically recreated include the offset seam on the maple top, along with screw holes for the previously removed Bigsby vibrato and “Custom” truss rod cover. In collaboration with the George Harrison Estate and Eric Clapton, this historical guitar will be a limited edition of just 100 guitars worldwide, available in America exclusively through Guitar Center in March/April 2013, coinciding with the 2013 Eric Clapton Crossroads Guitar Festival. The Gibson Harrison Clapton Les Paul will retail for $14,999 msrp.