The most famous of the three Palm Springs, Calif., the mushroom-shaped residence, owned by late comedian icon Bob Hope and his wife Dolores is being brought to market for the first time this month, at an asking price of $50 million. That’s a bit more than the $45 million the property was expected to list for when it was rumored couple of months ago that the Hopes’ kids were looking to sell. Designed by famed modernist John Lautner in 1973 (and completed in 1980), the property perched high in the exclusive Southridge community, with panoramic views of the Coachella Valley, including the city of Palm Springs and the San Jacinto Mountains. 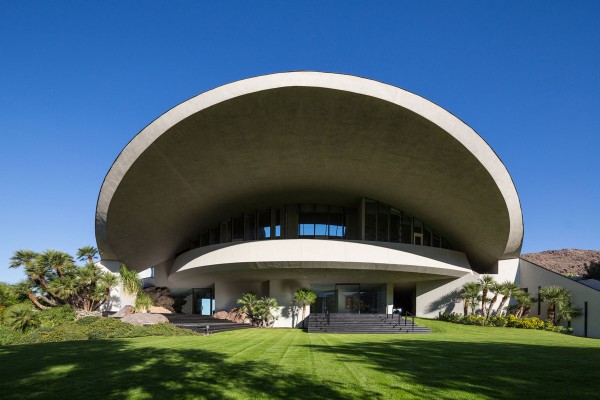 The mushroom shaped residence was actually built to look like a volcano. According to New York Times, the residence has a three visor like arches and a concrete roof that has a hole in the center that opens up a courtyard to the sky. The 23,366-square-foot home has 6 bedrooms, 10 bathrooms, 3 half baths, indoor and outdoor pools, a pond, putting greens and a tennis court. Since the house is huge enough to accommodate up to 300 guests for dinner under an enormous covered terrace, it was mostly used as a second home and entertaining space by the Hope family. Linda Hope, daughter of the couple recalls the parties and huge buffets that were laid out on the terraced patio. Each January, the Hopes threw a bash to celebrate the end of the Bob Hope Classic Golf Tournament that is now called “The Human Challenge”. “That was sort of a highlight of the desert social calendar,” Linda said. In December 2012, Zillow reported that a couple of Hope parcels were on the listing market. One was a three bedroom-three bathroom Spanish style ranch with a price tag of $469,000, while the other was a five bedroom-seven bathroom gated property listed at $659,000, both located in the Movie Colony area of Palm Springs. Bob Hope passed away at the age of 100 in 2003 at his Toluca Lake home in Los Angeles and Dolores passed away at the age of 102 in 2011. We’ll see whether the distinctive structure, architectural pedigree, and famous former residents be enough to help the Hope residence sell for such a whopping price? The property is co-listed with Ann Eyesenring with Partners Trust. 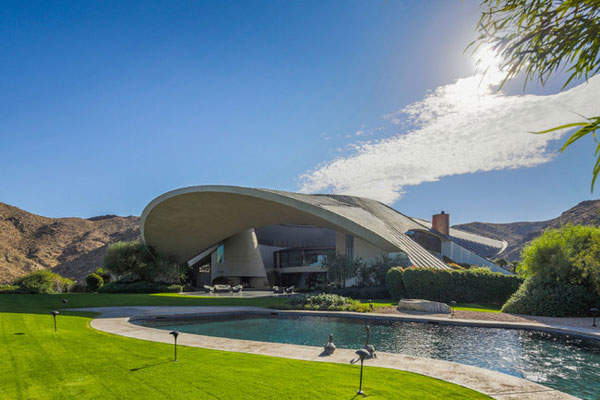 Designed by Lautner exclusively for the Hope Family, the home is approximately 23,000 square feet of incredibly and impeccably designed concrete, steel and glass structure with a vast curving roof of copper that matches the mountains behind it 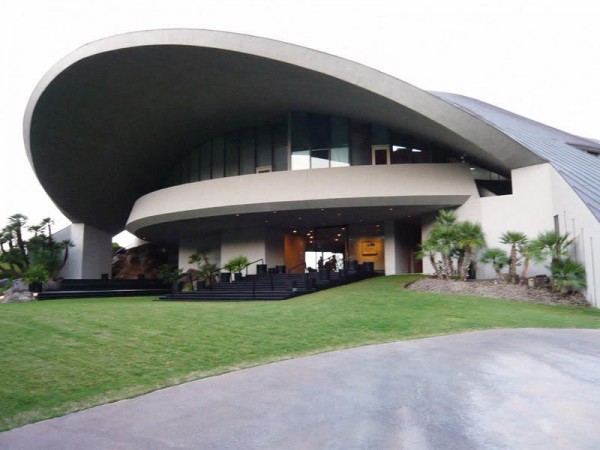 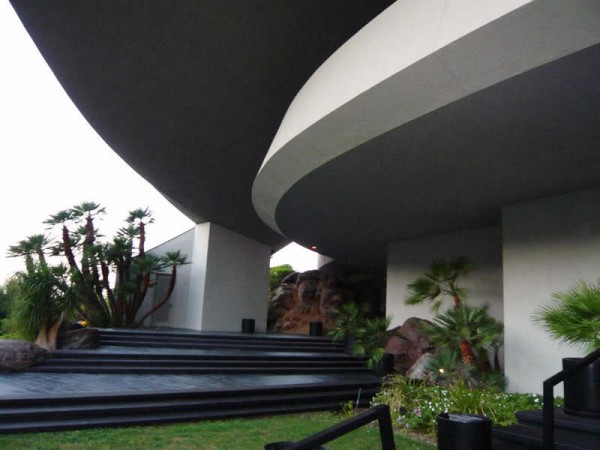 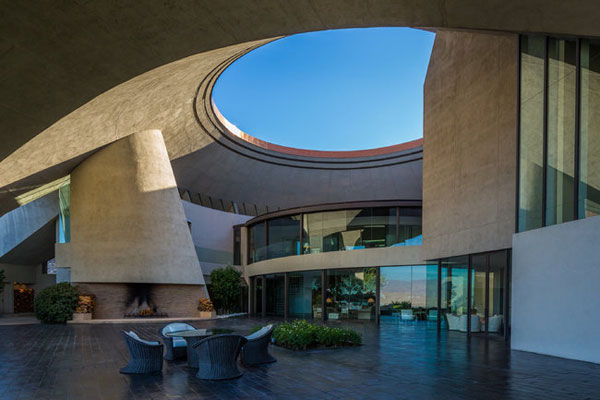 The 23,366-square-foot home was designed in 1973 by the California Modernist architect John Lautner