As we announced Blackwell’s Island by Edward Hopper was leading at Christie’s American Art sale on Thursday. The 1928 painting that has never come to auction sold for just over $19 million. The large-scale oil (five feet wide) depicts the island from across the East River against a dark silhouette of buildings. 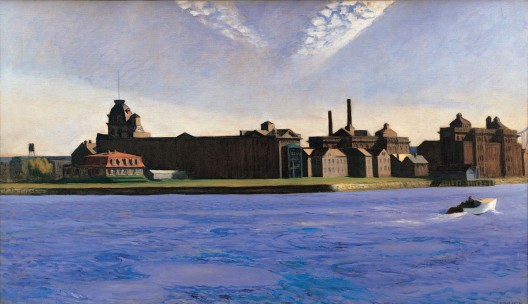 Originally known as Hog Island and today known as Roosevelt Island (renamed for President Franklin Delano Roosevelt in 1971), Blackwell’s Island has a rather notorious history. Its varied architecture and isolation is likely what attracted Hopper to the locale. This painting has been exhibited at renowned institutions, such as The Museum of Modern Art, The Whitney Museum of American Art, the Museum of Fine Arts in Boston, and Pittsburgh’s Carnegie Institute. Most recently, it was included in the first major retrospective of Hopper’s work at the Grand Palais in Paris. The current Hopper record is $26.9 million for “Hotel Window.”
If you like you can check latest Other Stuff photos