The L.A. Ink star, Kat Von D has decided to sell her Gothic-themed Los Angeles Mansion while looking for a new home with her future husband – DeadMau5. The reality TV star is expecting a $2.5 million for the 1920s Spanish-style pad, located in the Hollywood Hills. Wild mansion which spreads on 4,148 square feet features four bedrooms and four and a half bedrooms, a guest house, chef’s kitchen, complete with the privacy of a gated entrance. It also boasts a castle-esque facade, large yard, fire pit and spa. 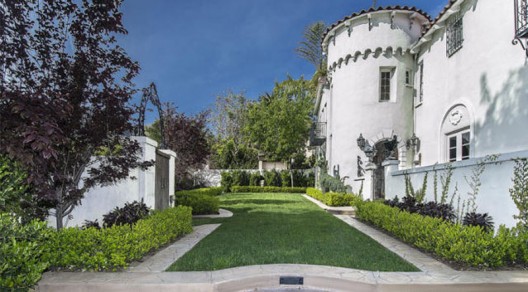 When talking about interior, as expected from this celebrity tattoo artist, there are a plenty of rock n’ roll style details. The living room features red and purple velvet-upholstered chairs, drippy candles with hardened wax spilling out of the fireplace and on to the floor, creepy paintings of ghastly faces, a dramatic candelabra, and mini replicas of deer on the mantle. Artwork in the home depicts religious scenes. Kat Von D, who was previously engaged to West Coast Choppers founder Jesse James (Sandra Bullock ex-husband), bought the Gothic castle-styled home in 2011 for $2.175 million. Now, Kat is in the process of planning an underwater-themed wedding with Deadmau5. She also told People magazine the ceremony will take place on August 10 in front of 200 friends and family in Los Angeles and will be ‘the furthest thing from traditional.’ 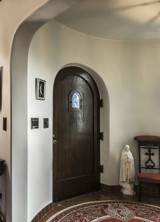 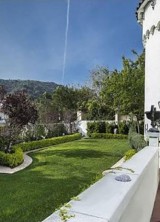 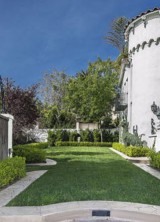 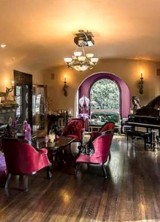 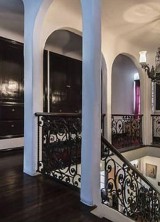 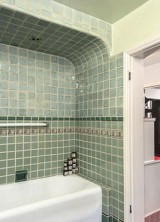 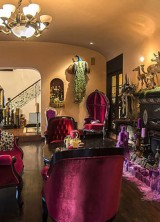 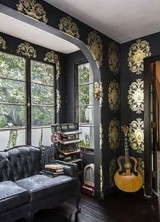 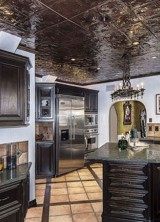 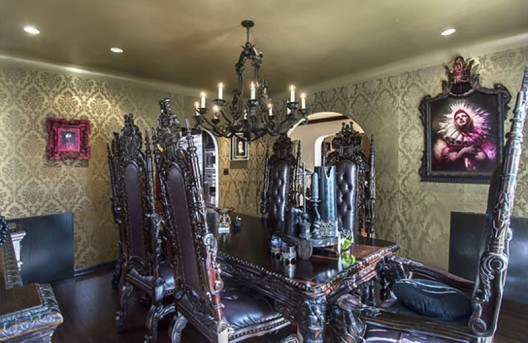