AWE Tuning and HJS Motorsport announced that AWE Tuning is the first in the world to engineer the application of a 200 cell per square inch HJS Catalyst for the venerable McLaren MP4-12C. “AWE Tuning has always been a premier brand in the performance engineering market, known for quality, fitment, sound and performance, and we are thrilled that they have moved into McLaren. And what better way for them to enter McLaren than with the first ever 200 CPSI HJS catalyst used on the MP4-12C. Our 200 CPSI product holds much potential and we are extremely happy to see that AWE Tuning has engineered a solution using it for the MP4-12C,” stated Klaus Osterhaus, Motorsport Manager at HJS Emission Technology, Germany. 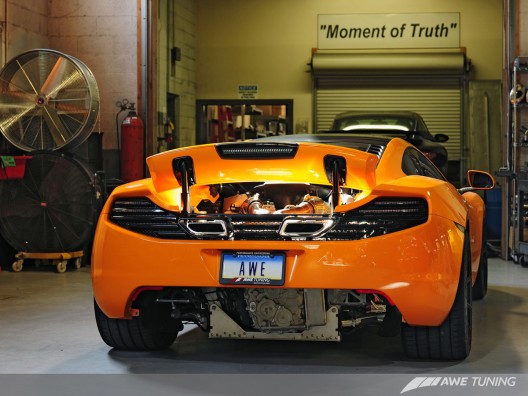 The 200 CPSI HJS Catalysts sit within the AWE Tuning McLaren Performance Catalyst and Exhaust Package, which are hand-crafted from T304 Stainless Steel. “Due to its dimensions, standard spec 300 cell HJS catalysts would have been easier to fit into the McLaren. However, there is no HD (High Durability) spec 300 cell catalyst from HJS, and the close engine placement and power output that these catalysts are subject to with the MP4-12C, in our analysis, mandated a High Durability specification, just as the factory selected. The 200 cell per square inch HJS HD catalyst, while more complex to integrate, afforded not only the durability required, but the added benefit of significant increased flow over a 300 cell count. In summary, we chose the best despite its complexity, because the MP4-12C deserves it,” stated Jesse Kramer, AWE Tuning’s Vice President of Marketing. HJS Tuning 200 CPSI Catalysts has an impressive +46hp and +61tq at the crank- with no software, it is available as full exhaust and catalyst solution, or a la carte, it features a small balance opening to produce an exotic, sophisticated sound and is available with either Machined or Black Satin Stainless Tips. 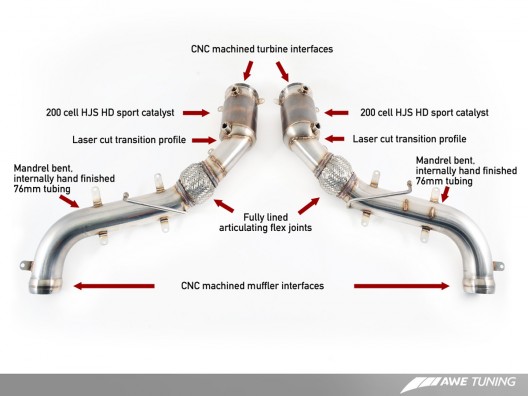 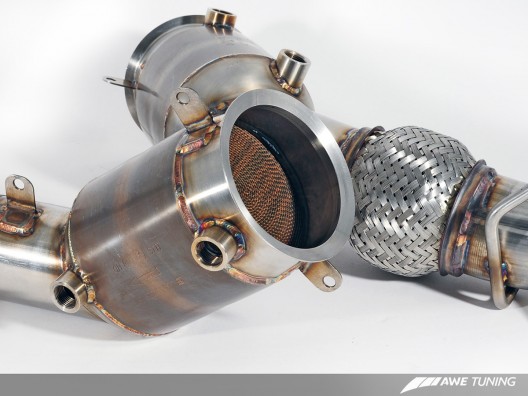 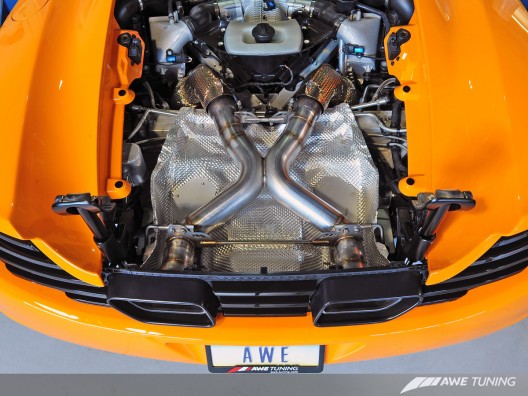 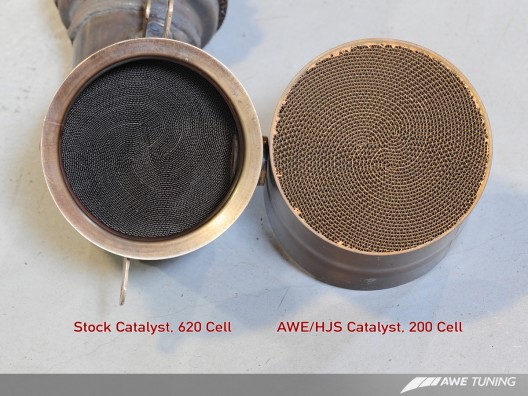