Ford has recently introduced unique Mustang GT U.S. Air Force Thunderbirds Edition which was scheduled to be sold at the Experimental Aircraft Association (EAA) AirVenture show in Wisconsin in the United States. It happened in the meantime and U.S. Air Force Thunderbirds Edition 2014 Ford Mustang GT was donated to the Gathering of Eagles charity auction and was sold for $398,000 to the purchaser from San Diego, California. 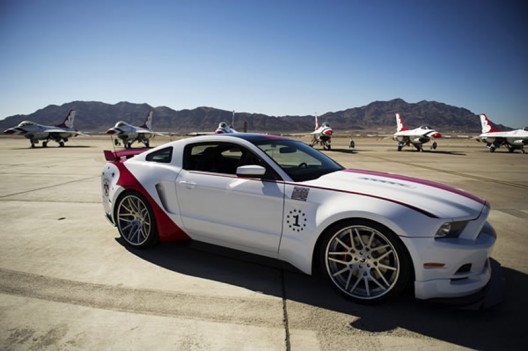 As a reminder, this special Mustang has exterior in white, red and blue, the wide body kit, panoramic glass roof, 22-inch Forgiato wheels, Recaro sports seats, dressed up instrument panel, engine compressor, sport tuned suspension and Brembo brakes. All proceeds from the car donation and the sales from the auction would as in the previous years, benefit the EAA Young Eagles program, which has provided free introductory flights to more than 1.6 million youngsters since 1992. 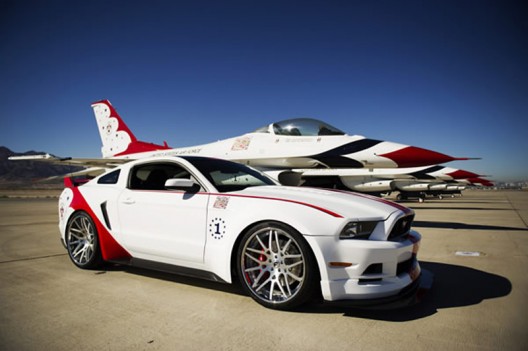 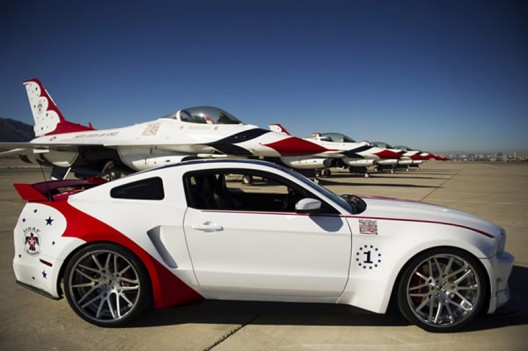 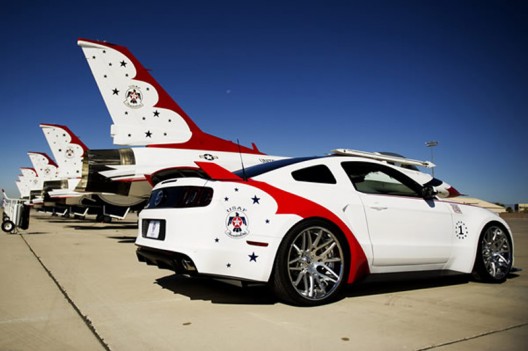 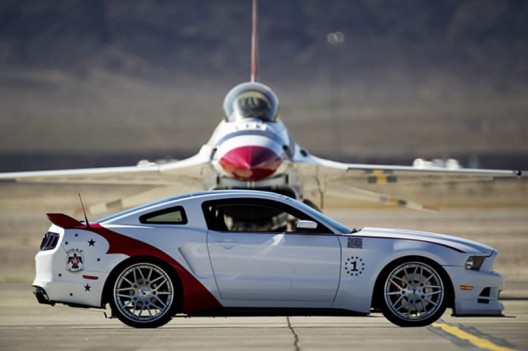 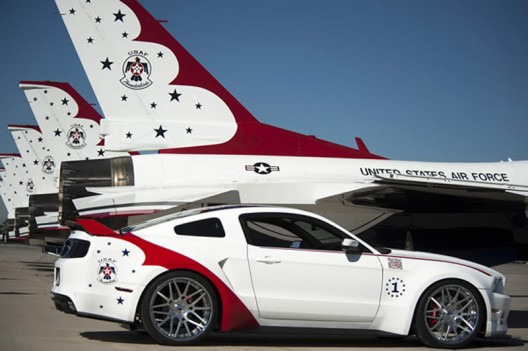 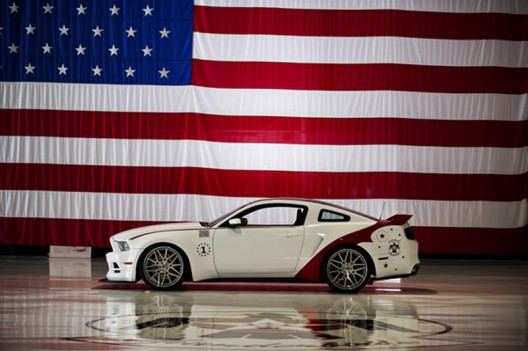 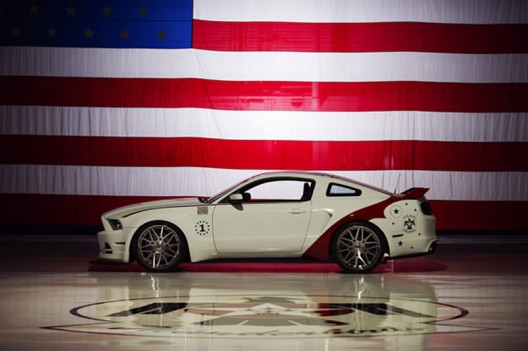 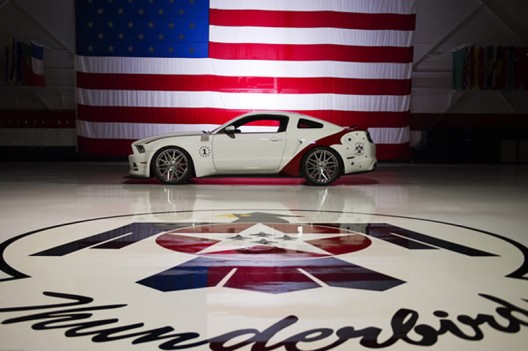