A rare German coding machine used by the Nazis to send secret messages during the WWII will go under the hammer for the first time at Bonhams Cameras, Scientific Instruments and Mechanical Music sale in London’s Knightsbridge on October 29th. This 1944 oak Enigma enciphering machine is expected to fetch £30,000 – £50,000 ($48,000 – $80,000). 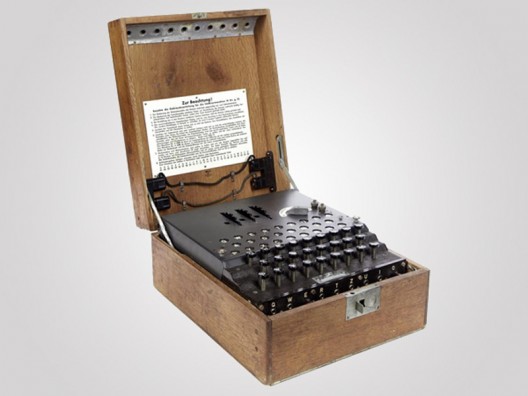 Built by Heimsoeth & Rinke, Serial No. 19088, this is the 3 rotor version, used by Germany during the final stage of WWII. t’s difficult to tell exactly how many Enigma machines were made. Patented by H. A. Koch, at the end of WWI, there was a recognised need for new technology with an imminent Second World War approaching. Whilst this particular device was intended for commercial purposes, by 1939 the majority of enigma machines had been appropriated for German military use. Many machines were picked up by the allies as souvenirs during the final stages of the second World War and as such, in later years, tended to be ‘mixed and matched’, where rotors, outer cases and head blocks were replaced with another machines’ parts. But, this particular example is original, completely untouched and un-restored. 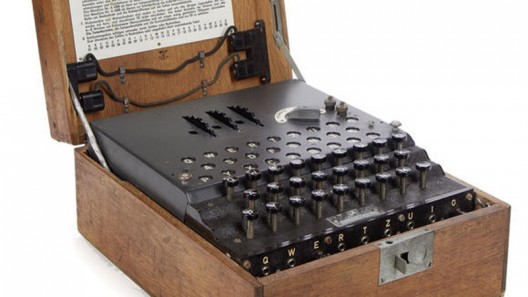 Jon Baddeley, Specialist of Cameras, Scientific Instruments and Mechanical Music, comments: “Enigma machines rarely come up at auction, and this particular example is especially unique. It’s unusual because it has Bakelite thumb wheels instead of the more widely used metal ones: This was due to the diminishing availability of metal and other resources for the Wehrmacht towards the end of the war. It’s also special because it’s untouched and un-restored. Many machines were picked up by the allies as souvenirs during the final stages of World War II, and as such, their parts were mixed and matched. All of the elements of this one bear the same serial number, making it complete and original throughout”. 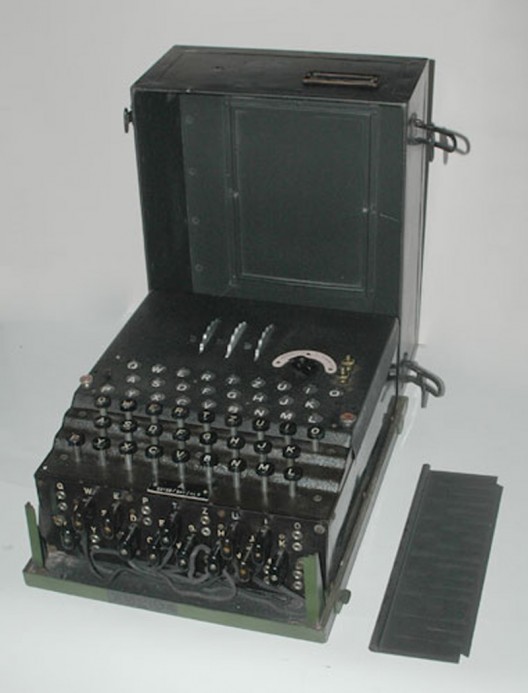