For the past 21 years, famed French Champagne House Piper-Heidsieck has been Cannes Film Festival’s official champagne supplier. To mark this succesfull collaboration and the 67th year edition of the film festival, the Grande Maison Champagne House will launch an exclusive limited edition Cannes version of the Piper-Heidsieck Brut NV Black Tie. Brand’s recognizable red and gold bottle has received a movie premiere makeover with an iconic black tie and jacket with crimson-red tailoring and gold buttons. 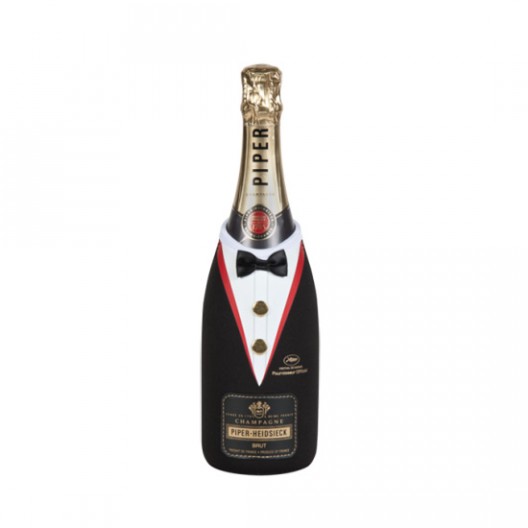 Oliver Dickson, senior brand manager for Piper-Heidsieck, said: “Champagne remains in growth, currently worth £267 million in the off-trade (according to Nielsen) and we know that over half of all Champagne is purchased as a gift. Gifting options have become more sophisticated in recent years, leading to increased consumer demand for creative packs, meaning brands look to differentiate themselves from the competition. “The new Piper-Heidsieck black tie ice jacket adds value and appeal to the product, and this is an attractive proposition to consumers looking for a gift in off-trade accounts.” From the beginning of May 2014, the Piper-Heidsieck Brut NV Black Tie bottle will be available at selected stockists for £36,69 ($62,26). Customers purchasing a glass or a bottle of Piper-Heidsieck in selected on-trade outlets will have the chance to win prizes including a “movie star” gift bag containing designer sunglasses and a £250 ($4,245) Selfridges voucher. 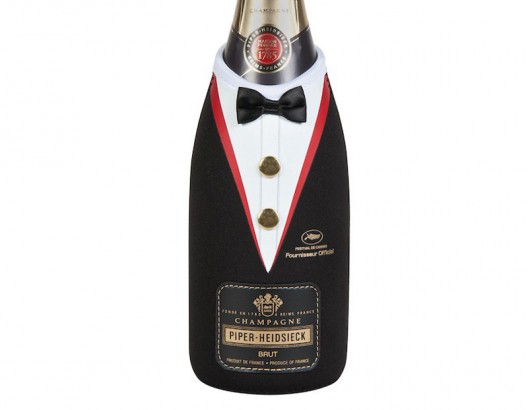