Just in time for this summer’s World Cup, Puma teamed up with Alexander McQueen to produce two reinterpretations of the iconic King football boot. Handcrafted from the highest quality materials and inspired by the original Puma King, new boots celebrate nearly 50 years of athletic excellence and constant evolution. The original Puma King boots were worn most famously by Eusebio in 1968, the year that the maestro scored 42 goals to collect the European Golden Boot award. 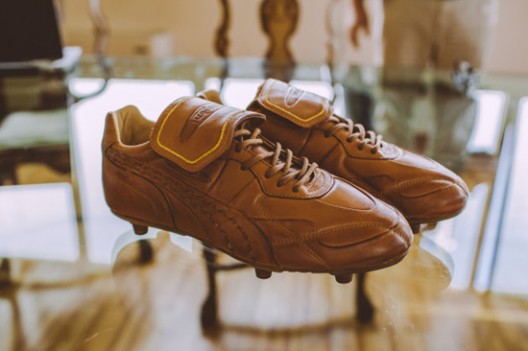 The two designs include a rarer (there are just 30 pairs) gold Fish Skin model, and a second design which reimagines the Puma King in a supple Italian leather in chestnut brown. A book showing the whole creation process will accompany each pair and will also feature a short history of the boot. The boots unfortunately won’t be available to purchase and will instead be given to a handpicked selection of players ahead of the World Cup in Brazil. 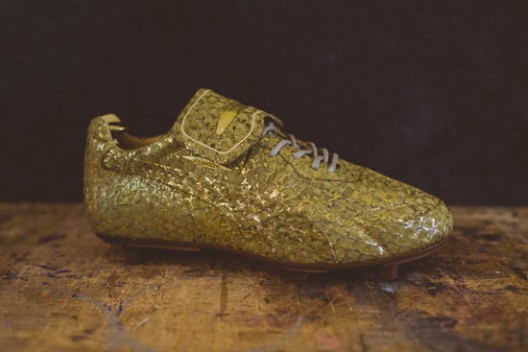