This year, the Amber Lounge will hold an exceptional charity auction on Friday 23rd May 2014 in Monaco. The star lot of the auction will be the inaugural Dominator 640, the first creation of it’s kind that has, until now, been kept from private purchase. Considered as a true luxury masterpiece is valued over €4 million ($5,5 million). The Dominator 640 has all the DNA components of a mega yacht, and is one of Dominator’s most highly-prized boats, having won two World Yacht Trophies for best layout and interior design at the Cannes Boat Show in 2013. 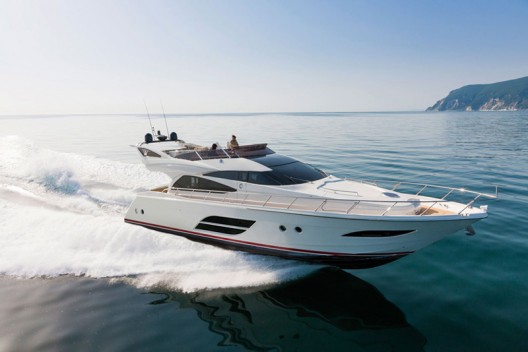 Created by revolutionary yacht designer, Alberto Mancini, the impeccably-crafted Dominator 640, which measures a spacious 64 feet, features a luxurious alfresco dining area at the stern, a two-person sun pad near the bow, and a roughly 150-square-foot flybridge. Below deck, the 640’s amidships master suite stretches the width of the 16-foot beam and covers about 225 square feet, giving the owner of the Dominator 640 the ultimate capacity to explore the open seas in effortless grandeur and opulence, rivaling the glamorous lifestyles of the world’s most influential jetsetters. 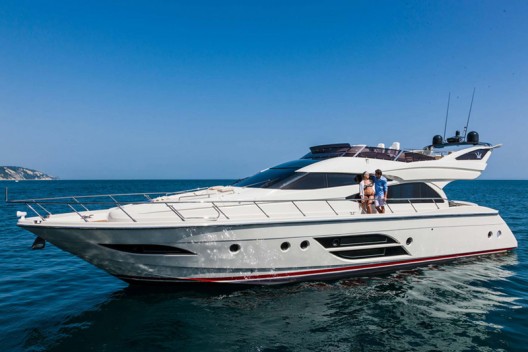 This debut model’s interior details include floors and cabinetry made of the finest oak and Brazilian carbalho wood, glittering backlit onyx on a wall in the saloon, sensual white leather panels covering other walls, and rich Alcantara panels on the ceiling. 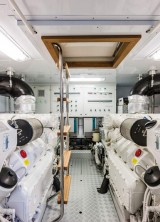 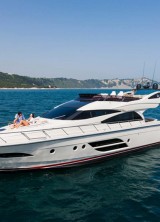 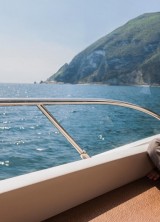 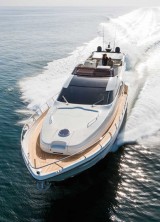 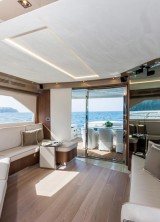 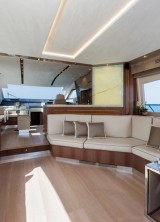