To celebrate the 50th anniversary of the first showing, of “Goldfinger” film from 1964, Omega has developed a unique gold watch. Omega Seamaster Aqua Terra is created as a unique watch made ​​of 18K yellow gold. Omega watches and films about James Bond began cooperation in 1995, and in the earlier period of filmmaking, agent of the British secret service was wearing a Rolex. Gold Omega Seamaster Aqua Terra, created in honor of 50 years of James Bond “Goldfinger” movie, has a slightly smaller diameter casing for today’s trends. 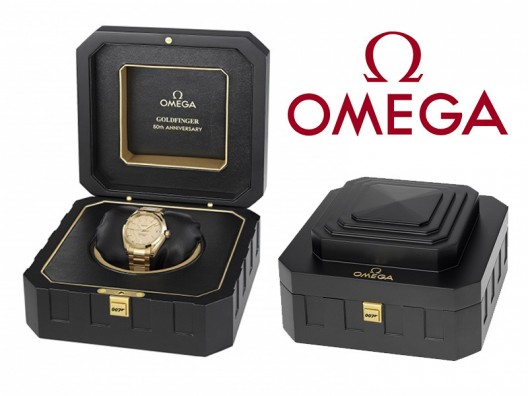 Its diameter is 38,5mm and as already pointed out, made from gold. The same material is on the dial, and on the watch hands which are on the surface coated with Super-LumiNova coating. Goldfinger watch launches new Omega caliber 8501, Master Omega Co-Axial, which has a rotor in 18K yellow gold. Its appearance and beauty can be seen through the transparent cover on the back of the chassis. 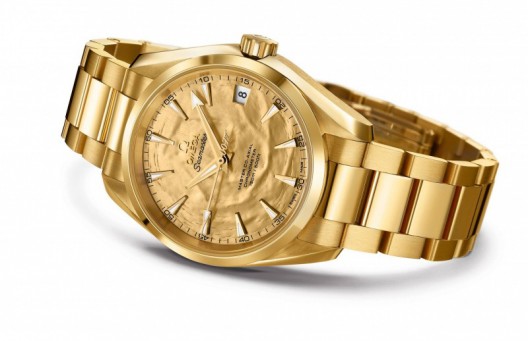 On the same side are engraved additional data at the edge of the cover “50th Anniversary, Piece Unique, Anti-Magnetic, and> 15,000 Gauss.” This unique watch comes in a special packaging that is inspired by US Bullion Depository (Fort Knox) building, the building where the United States keeps its large amounts of gold reserves. 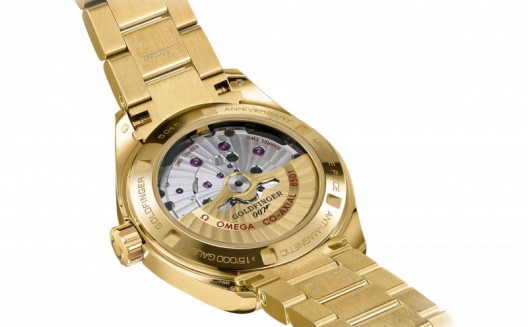