Just one month after released its HM5 CarbonMarcolon, MB&F delighted us with one more lavish watch. This time, maybe it’s about their most complex machine to date. New watch MB&F HM6, nicknamed “Space Pirate“, inspired by the Captain Future science fiction series, has been designed to operate as the space on your wrist. In each of the four corners of HM6’s biomorphic case is a 360° sphere, capped top and bottom by transparent sapphire crystal domes. 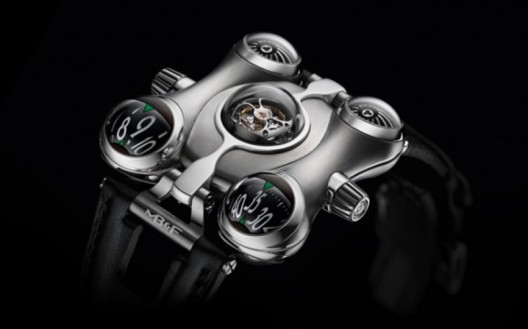 The central dome reveals a flying 60-second tourbillon with harmoniously crafted bridges over a rapidly oscillating balance wheel, forming the cockpit containing the “heart” of the wristwatch as it maintains precision and power usage. The two domes toward the wearer house semi-spherical indicators that rotate vertically and display hours and minutes. On the opposite end, the other two domes house twin spherical turbines that automatically spin to regulate the winding system against excessive speed (in an effort to reduce stress and wear). 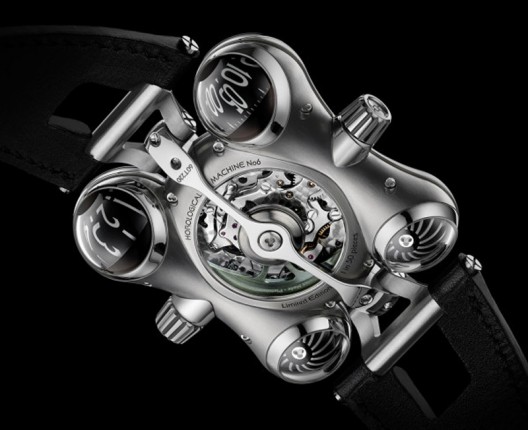 The sapphire case back reveals the classic battle-axe platinum winding rotor and a glimpse of the 475 other components that go into the movement, which has a power reserve of 72 hours. In all there is a total of 10-domed sapphire crystals as well as 68 jewels within the HM6. Encased in titanium, there will only be 50 Space Pirates available worldwide. 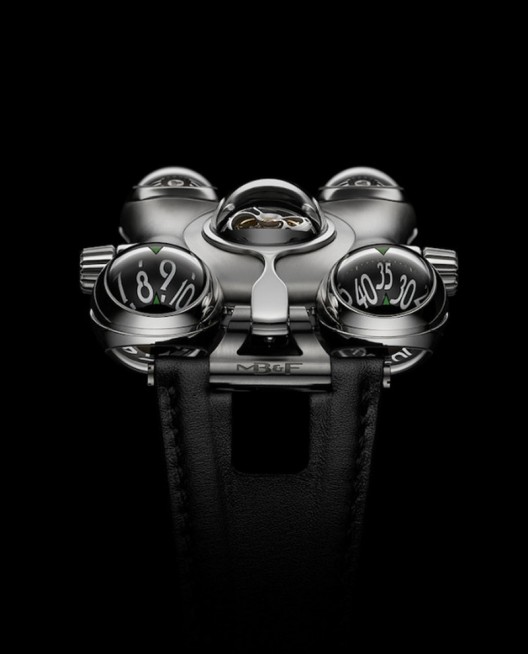