Actor Topher Grace, known for his portrayal of Eric Forman on the Fox sitcom That ’70s Show, has listed his Hollywood Hills home for $1.599 million. Spanish-style bungalow features a passageway into the garage, so visitors can avoid having to face paparazzi outside when they went to their cars. That’s just in case you’re celebrity. Otherwise, you’ll be interested for other amenities of the house. The 1,800-square-foot home has two bedrooms, two bathrooms and again two: a two-tiered backyard with an outdoor dining room, fireplace, grill and citrus trees. There’s also a swimming poola and front patio with city and ocean views. 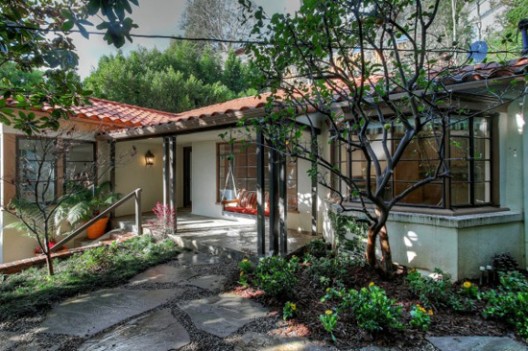 Originally built in 1938, the home was updated to include an open-concept living room. More recently it has been painted, landscaped and staged “to soften the whole Hollywood Hills bachelor pad vibe,” said co-listing agent Jason C. Reitz, of Rock Realty. Grace purchased the home from actor Jesse Metcalfe, of “Desperate Housewives,” for $1.595 million in 2006, according to public records. He listed the home about a year ago with a different agency for $1.895 million and reduced the price to $1.625 million before taking it off the market. 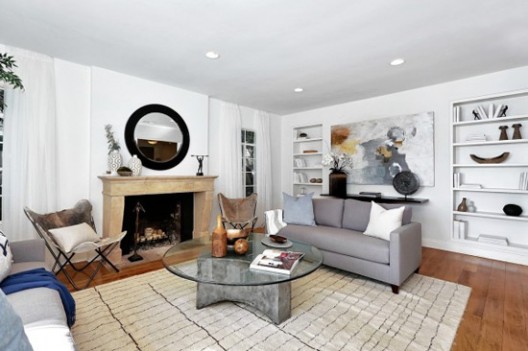