Pablo Picasso’s canvas from 1955 was recently sold at Christie’s auction in New York for a record $179,365,000. “Les femmes d’Alger (Version “O”)” painting by abstract artist thus sets a new bar for the contemporary art market. The seller, who bought the painting privately for an undisclosed amount, remains anonymous. The painting was last sold at auction for $31.9 million in 1997. 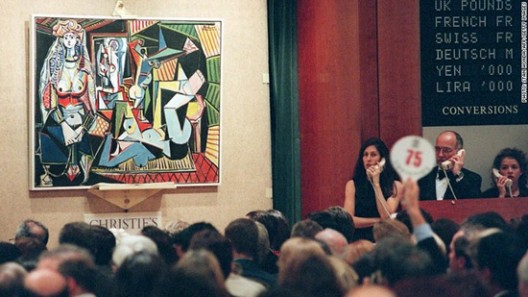 Christie’s had expected the Picasso to fetch $140 million, but “Women of Algiers” artwork which is a homage to his good friend and rival, French impressionist Henri Matisse, who passed away a year earlier, obviously exceeded everyone’s expectations. Previously, the most expensive art work sold at auction was Francis Bacon’s “Three Studies of Lucian Freud,” which went for $142 million in 2013.