Julien’s Auctions, the world’s premier entertainment auction house, announced it will hold a massive auction on December 4th and 5th, featuring memorabilia from the collection of Ringo Starr and his wife Barbara Bach kept in their London estate, Beverly Hills and Monaco residences. Comprised of musical instruments including drums and guitars, career memorabilia from the Beatles era and Ringo’s solo career including his All-Starr Band, fine antiques, custom-made eclectic furnishings, fine art and personal items, this auction will be a unique and historic event. 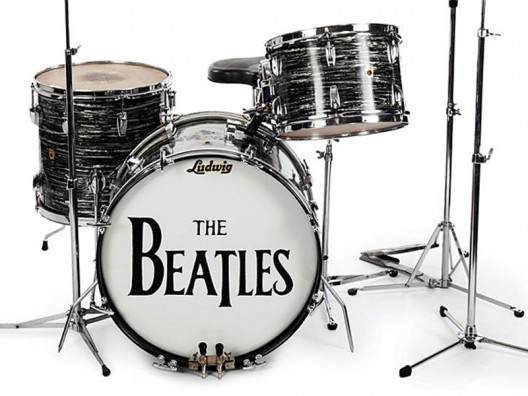 Memorabilia From The Collection Of Ringo Starr And Barbara Bach

Beatles funs will be delighted with over 800 items owned by Ringo and his wife. Some of the highlights include rare memorabilia like his three-piece drum kit used in over 200 performances (Est. $300,000 – $500,000)and a Rickenbacker guitar known as the ‘Beatle-Backer’ that John Lennon owned and later gave to Ringo (Est. $600,000 – $800,000). When asked why he decided to sell off some of his Beatles memorabilia Ringo explained because he owns so much he doesn’t get time to appreciate it himself. The Beatles drummer said the idea for the auction came after The Grammy Museum in Los Angeles asked to do an exhibition about his life and music in 2013-2014. “It started with me looking at storage units we have all around the world… We found we had so much stuff,” he said. Then another project – an upcoming book and an exhibition currently at London’s National Portrait Gallery of photographs Starr took of his former band mates – turned up “boxes of negatives from the ’60s onward”, he said. 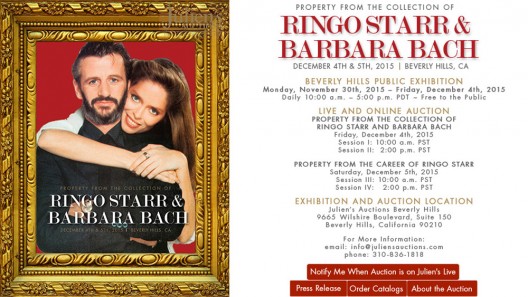 Memorabilia From The Collection Of Ringo Starr And Barbara Bach