Ford, Shelby American and Hertz, at the Motor Show in New York, will promote the Ford Shelby GT-H Mustang model for year 2016. The car was announced as the spiritual successor to the GT350-H from 1966, but also marks 10 years since the debut of the 2006 GT-H. Shelby American will produce only 140 copies of this car, and will be available through the Hertz locations at certain airports in the United States. 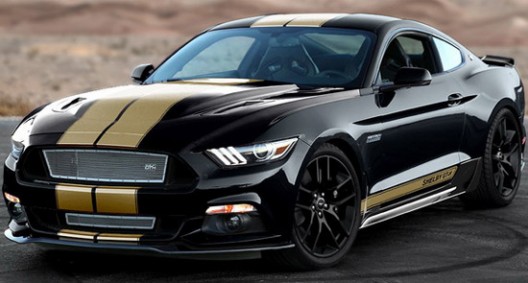 2016 Ford Mustang Shelby GT-H is characterized by a black exterior with gold stripes (on the hood, roof, trunk lid and sides), and there are more aggressive body kit (front spoiler made of carbon fiber, hood with air vents, rear spoiler) , GT-H markings on the exterior and in the interior (on the headrests, sills and floor mats), matt black 19-inch wheels with Michelin Pilot Sport tires, 5.0L V8 engine, automatic transmission, Ford Performance exhaust system, as well as the Ford Racing Handling Pack. 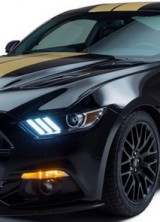 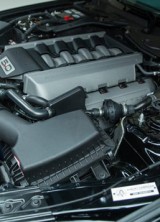 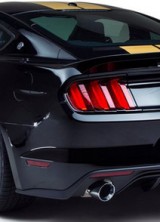