British Hexagon Classics has offered for sale one of only 76 produced Porsche 911 Turbo Flachbau (“Flat Nose”), whereby this copy is one of only 12 with a steering wheel on the right side. The car is from 1994, and compared to the regular Porsche 911 Series 964 is distinguished by a different front, the exterior is in black metallic paint and the interior is characterized by black leather. 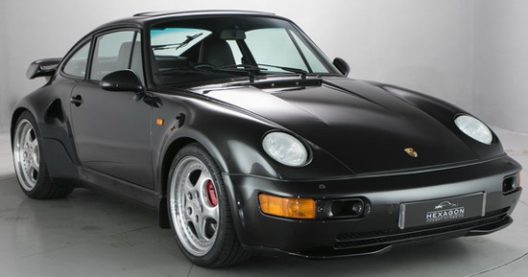 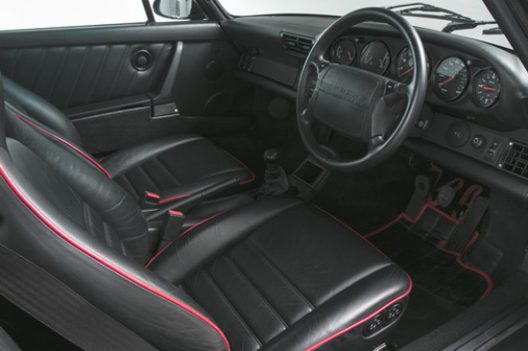 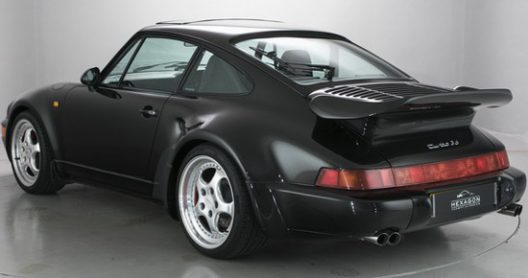