An antique dealer from New Orleans has just put on sale a chess set you have never seen … It is about intriguing The Battle of Issus Chess Set, which honestly looks like it fell out of a fantastic novel. This chess set is inspired by the homonymous battle, and each piece is designed to resemble a figure of historical conflicts of the League of Corinth and the Persian army. Alexander the Great took the place of the Greek king and the queen presents Athena, the Greek goddess of war and wisdom. 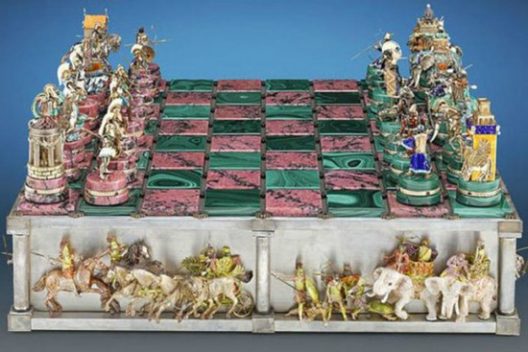 Darius III is followed on the battlefield by winged Persian god of war. Greek bishops are represented by warships, while battle-ready elephants stand for the Persian bishops. The castles are represented by columned temples of ancient Greece and Persepolis, and the pawns on both sides are played by foot soldiers. And, I didn’t mention that each piece is created from 14-karat gold and decorated with precious stones. 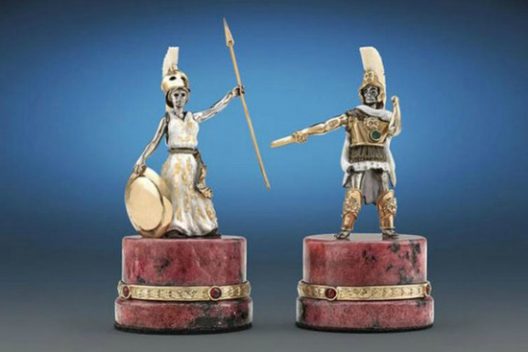 The entire set is rich in detail, while both sides of the board are made of pure silver, with a relief details that depict scenes of the battlefield. The chessboard is on the desk of mahogany with leather top plate. This set is accompanied by leather, upholstered chairs from the nineteenth century. What’s more, each figure has its own stand from pink Rodonita on the Greek side and green malachite on the Persian side. In addition, each cube on the board have the associated pink or green. 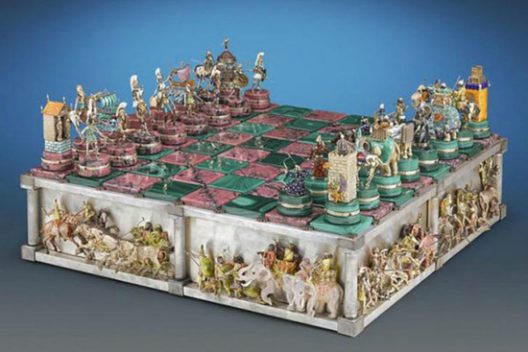 The seller says that the entire set has been 10 years in the making, which is not surprising for such a magnificent and unique creation that leaves you breathless. The price of this set of $1,65 million is certainly high, but when it offers something unique like this, we are sure it will soon find a buyer. 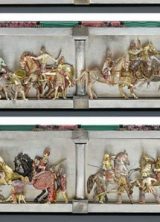 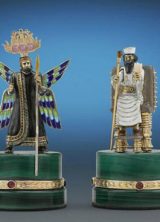 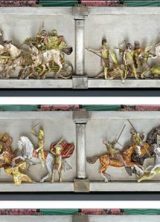 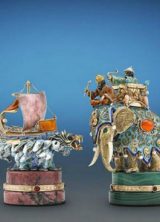 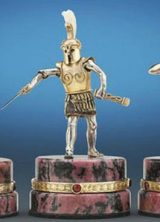 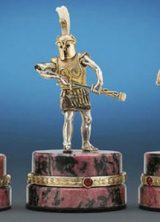