MB&F unveils its newest watch creation – Horological Machine Number 8 (HM8), inspired by Can-Am racing series, which would have celebrated its 50th anniversary this year. HM8 features a curvaceous yet angular case with dual optical prisms vertically displaying bi-directional jumping hours and minutes, while the distinctive battle-axe winding rotor is visible on top. But the real star of HM8 is its Can-Am inspired chrome “roll bars” majestically sweeping from the top of the front of the Machine down to the tapered back. 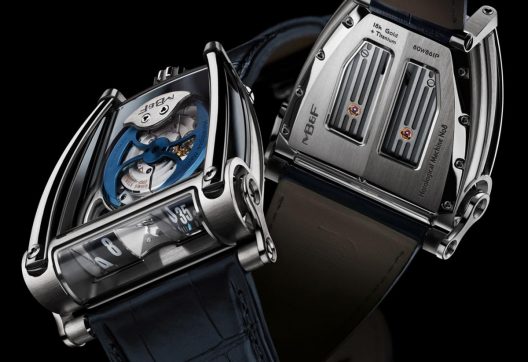 The HM8 Can-Am is powered by an in-house developed bi-directional jumping hour and trailing minutes indication module on a Girard-Perregaux base movement. The movement (or engine as the company refers to it) is inverted to put the winding rotor on top. The movement is in full view from the top. It has a 42-hour power reserve. Limited to 20 to 30 pieces, the Horological Machine 8 will retail for $82,000. 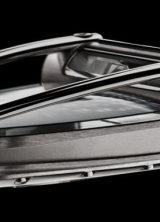 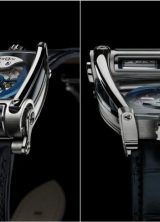 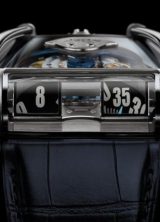