This bottle is believed to be the oldest to contain liquid wine in the world. World’s “oldest bottle of wine” is named the Speyer wine bottle, because it was unearthed from a Roman tomb found near Speyer, Germany. Sealed with wax, the bottle was originally found in 1867 and has been dated between 325 and 350 AD, so is also the oldest known unopened bottle of wine in the world. Since its discovery, a 1.5-litre (51 US fl oz) glass vessel with amphora-like “shoulders,” yellow-green in color, with dolphin-shaped handles has been exhibited at the Wine Museum section of the Historical Museum of the Palatinate in Speyer, always displayed in the same location within the museum. 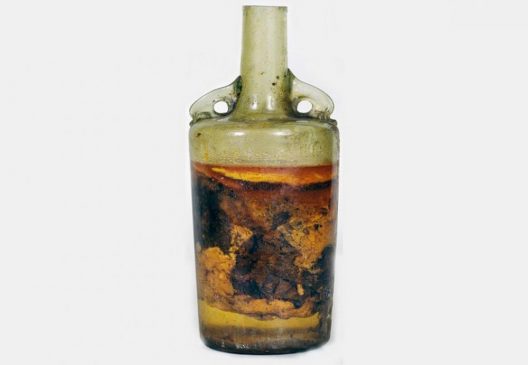 The bottle was discovered during an excavation within a 4th-century AD Roman nobleman’s tomb. The tomb contained two sarcophagi, one holding the body of a man and one a woman. One source says the man was a Roman legionnaire and the wine was a provision for his celestial journey. Of the six glass bottles in the woman’s sarcophagus and the ten vessels in the man’s sarcophagus, only one still contained a liquid. While scientists have considered accessing the liquid to further analyze the content, as of 2017 the bottle remained unopened, because of concerns about how the liquid would react when exposed to air. The museum’s curator, Ludger Tekampe, has stated he has seen no variation in the bottle in the last 25 years. Oenology professor Monika Christmann of Hochschule Geisenheim University has said, “Micro-biologically it is probably not spoiled, but it would not bring joy to the palate.” 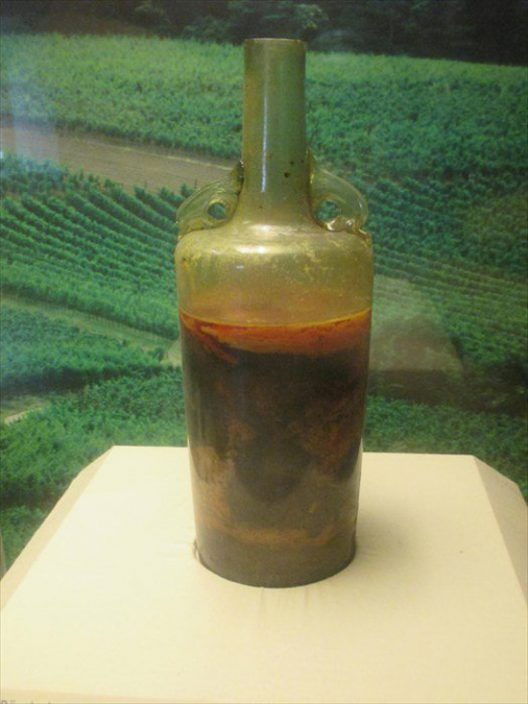