Bonhams will soon at an auction in Las Vegas offer dreg motorcycle with a V8 engine. It’s about EJ Potter Chevrolet V8 Widowmaker 7 machine from 1971, which not only has a lot of technologies borrowed from the world of four-wheelers, but it is powered by the car engine. Widowmaker 7 is certain work of E. J. Potter, who during the 1960s began the process of putting Chevrolet’s V8 engine into the frame of the motorcycle. 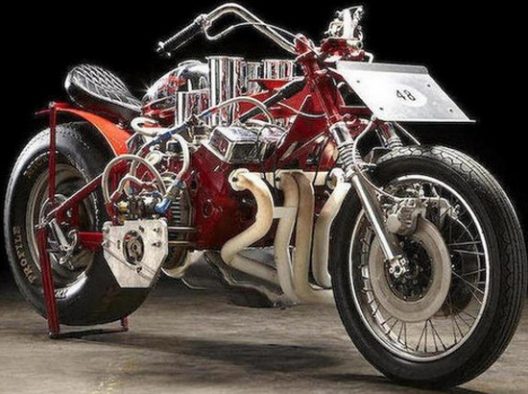 The first aggregate that was used was a unit volume of 4,600 cubic meters, and over the timehe made more such machines. Two-wheeler you see in the photographs is powerd by V8 engine of 5,700 cubic meters, with Brodix aluminum heads and Hilborn fuel injection system. 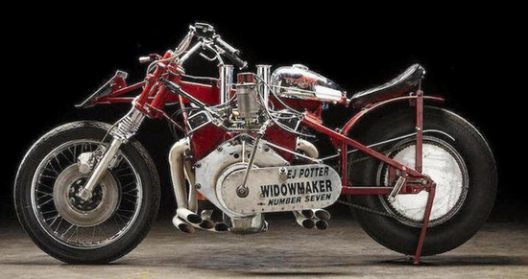 It also had 500 hp and in 1973 entered the Guinness Book of Records as the fastest motorcycle in the world! It was last driven in 1999 and the last one who drove it was just Potter. This amazing enthusiasts unfortunately died in 2012. As stated at Bonhams, it is expected that motorcycle fetch between 60,800 and 79,500 euros. 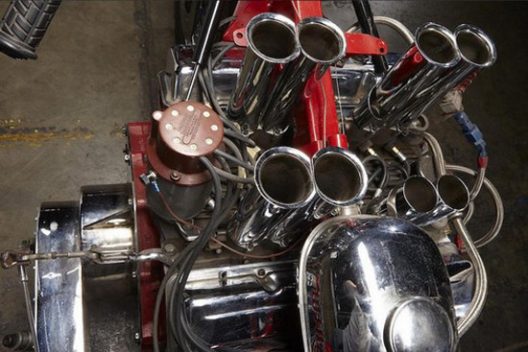