New York designer Karim Rashid unveils a unique contemporary bottle design, named “Decant“, for Stratus Vineyards. To create the unusual silhouette, the designer chopped up a wine bottle at angles into four pieces. As he stacked the sections back together, he slightly offset them so they look as if they have slipped away from one another. Significantly, the sculpted shape reflects the 44 vineyard blocks within their 55-acre estate, specifically the geological complexity of the soils from which the wine is grown. 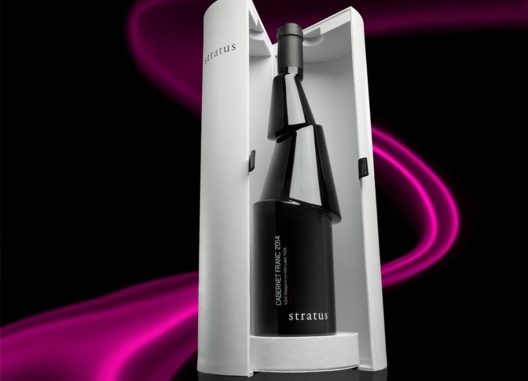 This mirrors the area’s layers of clay that are interspersed with granite and limestone. “The wine industry has always been so conservative and really very reluctant to make a change,” Rashid said at the bottle’s launch in New York. “It was almost a joke where I said to the designers in my office, ‘why don’t we just chop up the bottle?’,” he continued. “So we took a bottle and we just chopped it, and when we chopped it we shifted the pieces.” The edges of the black glass bottle also serve another purpose: catching the sediment of the unfiltered Cabernet Franc. 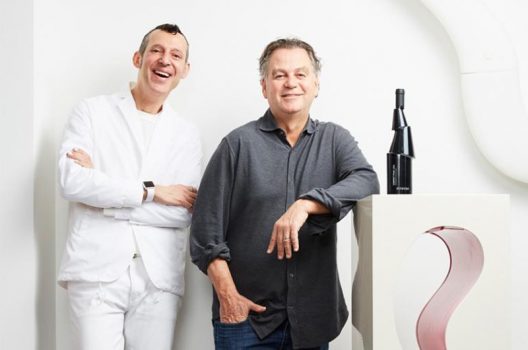 The wine – Stratus’ first unfiltered wine – is left on its lees to allows it to age for longer, and improve its aroma and taste. “The second part which I really liked – and this was incidental – is that when you pour the wine the lees in the wine can be decanted because they get trapped on these edges,” said the designer. 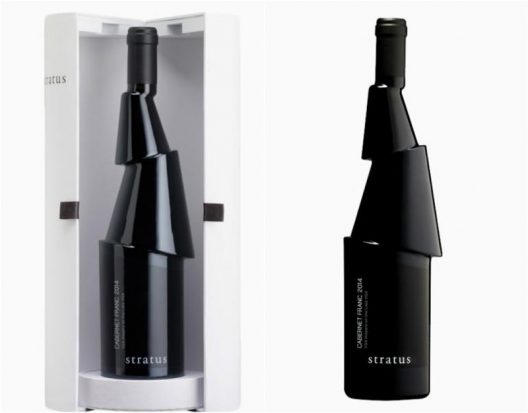