Tudor has prepared for London’s most famous department store a special edition Black Bay to be sold exclusively through Harrods’ Fine Watch Room. The Heritage Black Bay draws its most characteristic features from past models in the brand’s history. Its general lines, domed dial and crystal were inspired by the first Tudor diving watches. It features the particularly prominent winding crown from the famous 7924 reference of 1958, aka the Big Crown, while its characteristic angular hands, known as snowflake, were borrowed from the Tudor watches used by the French National Navy in the 1970s. 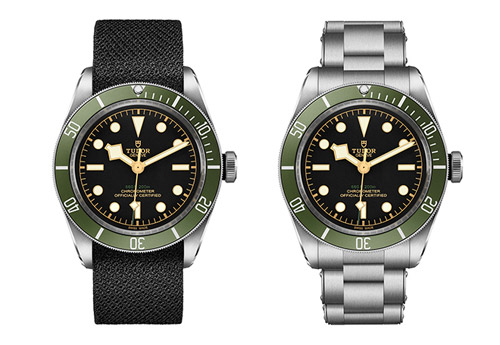 Tudor Black Bay Harrods Special Edition watch is instantly recognizable thanks to its use of the distinctive Harrods green color on the bezel of the watch, the tip of the seconds hand and the waterproof depth rating on its dial. The depth rating shows the feet first rather than meters to reflect the Britishness of Harrods. 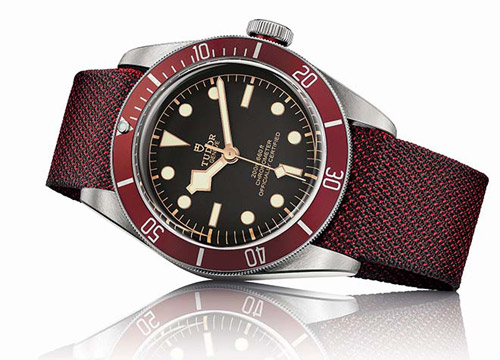 Each case back is engraved and uniquely numbered in large Arabic numerals alongside the letter H from the Harrods logo. The Tudor Black Bay for Harrods comes with a steel bracelet, inspired by the brands riveted 1950s & 1960s bracelet alongside a complimentary black fabric strap. Price is £2,630, which will surely be inflated by collectors within a year to £3,000-plus. 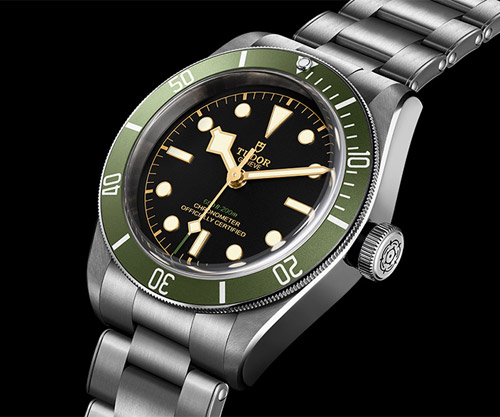