José and Jennifer Velázquez had been searching for a property in which they could open their own bed and breakfast. When they found the enchantingly beautiful but rundown James Lee House in Memphis, their dreams have come true. Located at 690 Adams Avenue, this house was originally a two-story farm house built by William Harsson in 1848. It’s the birthplace of the Memphis College of Arts. The home stayed in the Lee family until 1959, and then was turned over to the city with a 50-year lease to turn it into a museum. It never happened, and the home has been vacant since 1959 when the college moved to Overton Park. 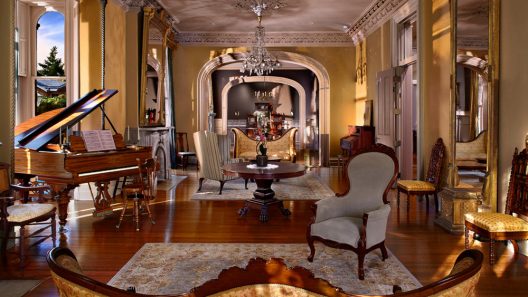 Although the house is composed of three different sections, it is a good example of a late mid-19th century mansion built by a well-to-do family. The most elaborate interior is found in the front and last section of the house, and includes plaster trim, plaster ceiling medallions, shaped moldings and marble mantels. Velázquezes purchased the property in 2012, and then invested $2.1 million to restore it to its former glory. Today, the James Lee House is filled with handcrafted antiques: There’s a 117-year-old Steinway piano in the parlor; a vintage book collection including everything from Charles Dickens to Washington Irving in the Presidential Suite; and a Victorian sette—perfect for an evening aperitif—in the parlor. Treating yourself to a stay at The James Lee House affords you luxury accommodations and stellar services that are meant to pamper and enhance your stay in historic Victorian Village. 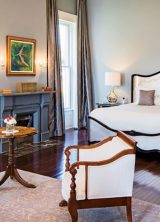 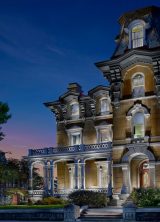 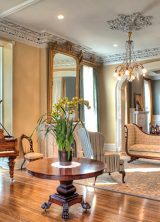