On Wednesday, the auction house RM Sotheby’s will hold an auction of classic cars in Paris, and among them stands out the Ferrari 166 MM Spider, which could be sold for €4.5 million. The car competed in 1953 and 1954 in the race of Mile Miglia and in a number of other races around the world. It is a classic Ferrari with a chassis number 0272 M, sold to the first owner Agberico Cacciari in Italy, and it is registered in Modena with the markings MO 29583. It is about five of only 13 copies made in 1953. 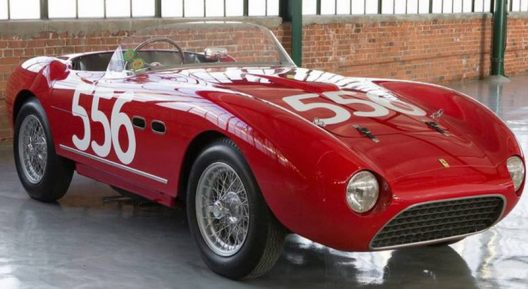 After a racing career in Italy, the car was transported to California, where it was used for filming in 1955 under the name “The Racers”. Later it was sold to Pete Lovely of Takoma, who painted it again, but in white and gold color and then prepared it for the races of 1955 and 1956. The car regularly appears on events like Pebble Beach, and competed in Ferrari’s Historic Challenge and Cavallino Classics in 2000. 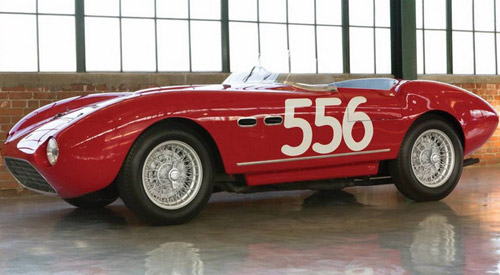 It changed owners and arrived in Massachusetts, then returned to California. It’s “settled down” in Connecticut, and today it has almost all original components. Its original V12 engine was completely restored, and it got electric ignition, a better alternator and auxiliary electric fan. 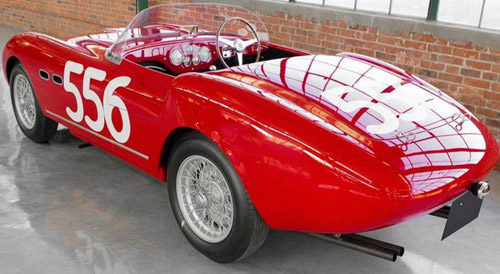 The five-speed transmission has also been improved, and all new components have improved driving characteristics. Rare Ferrari will be sold on Wednesday at an auction in Paris, and is expected to cost between €3.7 and €4.5 million. 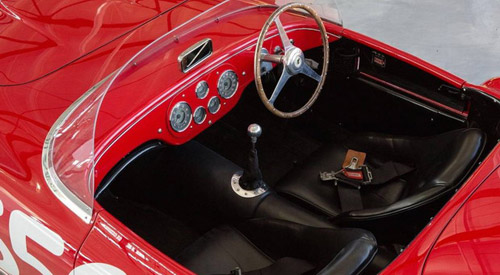