Thanks to partnership between Bugatti and LEGO, you’ll have a chance to add one of the fastest set of bricks in your toy box. LEGO announced this week that it will create a Technic set based on the Bugatti Chiron, the multimillion-dollar hypercar from Volkswagen Group’s most exclusive marque. LEGO Technic posted the 45-second teaser video showing one of Lego’s designers building the set at LEGO’s headquarters in Billund, Denmark, next to an actual Chiron. 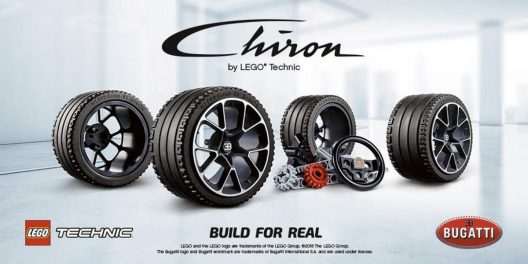 This brief video doesn’t show much of the model, but the size of the engine alone indicates it could be quite an impressive showpiece when complete. According to unconfirmed information 1:8 scale LEGO set of the Bugatti Chiron will have 3,599 pieces and will hit stores on 1st August with a price tag of 369 euros (roughly $458).