Oceanco released their latest 115-metre superyacht concept at the Dubai International Boat Show. Dubbed Tuhura, this futuristic superyacht is conceived in collaboration with the Lobanov Design studio, BMT Nigel Gee and interior designer Achille Salvagni. Tuhura is truly in a category of its own, unlike any yacht on the market. Its design harkens back to ancient times. The exterior styling is reminiscent of early canoes; dugouts and other vessels used hundreds of years ago by indigenous people all over the world. 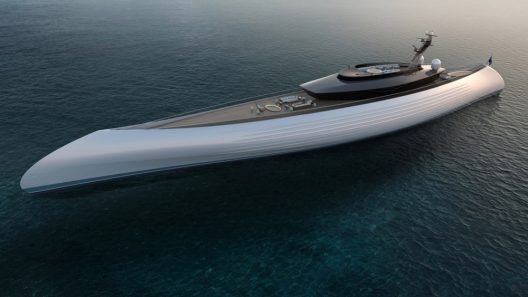 The Polynesians, in particular, famously made long voyage explorations across thousands of miles of open Pacific Ocean in their outrigger canoes. The thinking behind revisiting basic primal forms is to evoke a sense of exploration and discovery. In fact, the actual name, ‘Tuhura’ is derived from the Maori verb meaning: to discover, bring to light, unearth, open up, explore, and investigate. The main inspiration for the interior design is East Asia and the Pacific islands. Achille Salvagni refers to the interior as a “brushed teak habitat” (floors, walls, ceilings) including thin reveals in gunmetal and natural bronze with tatami floors. 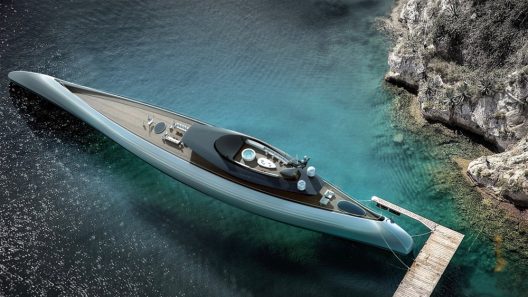 Innovation and cutting-edge technology is evident throughout the design. The hull has been conceived with multiple horizontal windows, utilising an advanced glass technology that consists of a series of dots, allowing the view from within to be completely transparent, while from the exterior, the windows appear the same colour as the hull, disguising their appearance. Glass features further in the impressive black superstructure made up of flat glass panels. 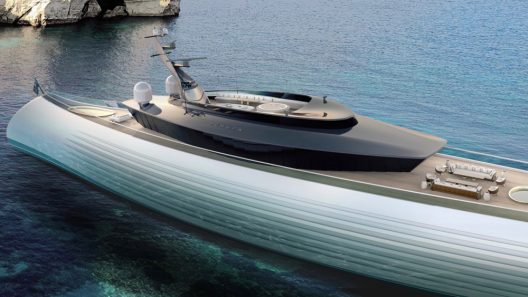 Tuhura will also push the “smart boat” idea a step into the future. Instead of the typical iPad controls for the owners and guests, the yacht’s IT system will figure out guest preferences for items like music and room temperature and adjust automatically. It will also have a high-tech 360-degree room that provides interactive design and touchscreen connectivity that far surpasses the IT capabilities of any superyacht on the water. Tuhura is designed for someone who has a true pioneering spirit and who desires to break the moulds of convention. 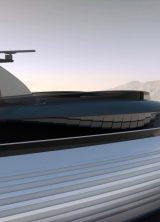 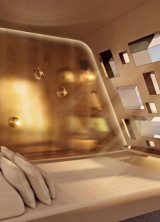 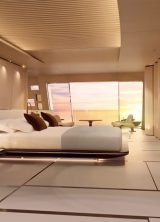 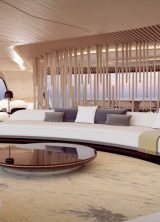 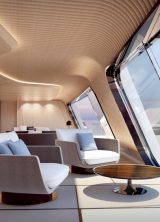 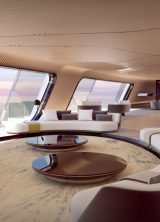