Montegrappa immortalized Alexander Hamilton, American statesman and one of the founding fathers of the United States in two versions of the pen collection. The Montegrappa Hamilton Edition is an exquisite example of the pen maker’s art. Bringing together the finest Italian craftsmanship with a unique design featuring precious metal accents and two versions of striking artwork displayed on cap and barrel. The pen features depictions of Hamilton on the barrel, one a hand painted version of John Trumbull’s 1805 portrait, the other based on the portrait introduced in 1928 for use on the US $10 note. 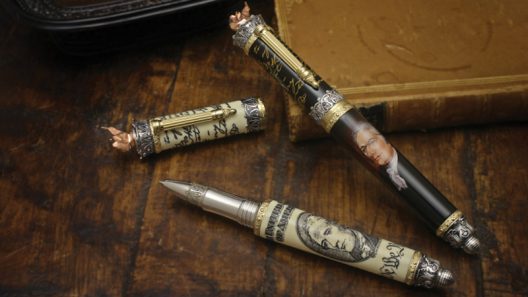 The caps feature a depiction of Hamilton’s writing. The fountain pen is fitted with a classic 18K solid gold nib, and the rollerball a section crafted of sterling silver. Each Hamilton Edition features detailed sculptural elements in sterling silver at cap top and barrel end as well as an intricate cap band. All are set off with rich vermeil accents. The Hamilton Edition is topped with a gleaming copper representation of the flame from atop the torch of Statue of Liberty. 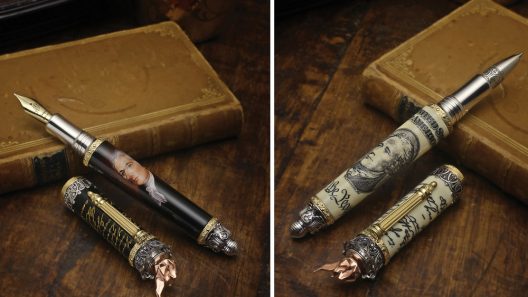 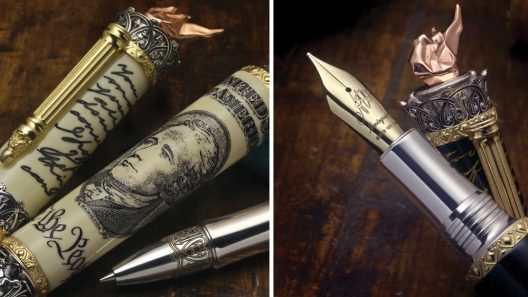