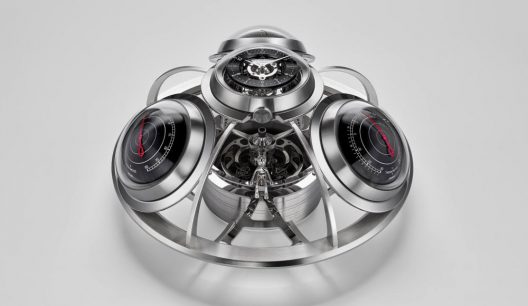 It is designed to resemble the creator’s idea of what an alien spaceship might look like, it even features a tiny model alien named Ross that “pilots” the ship. The clock, barometer, hygrometer, and thermometer are not only detachable and interchangeable; thanks to integrated support they can also stand on their own, returning to the mothership when required. Thanks to the Fifth Element’s own manually-wound, air-regulated movement, Ross rotates around the mothership’s cockpit checking that the skies are clear of both clouds and hostile invaders. 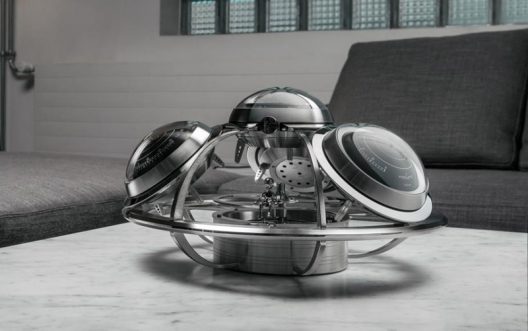 The structure of the Fifth Element is milled from solid blocks of brass in a process taking many hours. Its large size makes manufacturing and decoration even more challenging. Over 500 individual components form the mother ship and its interchangeable Elements; more than many Grand Complications! 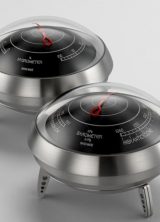 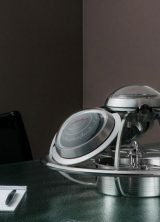 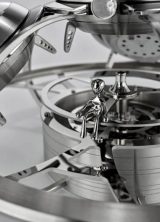