Hacienda de la Paz is an epic 7.4-acre living work of art perched above Los Angeles at the crest of the Palos Verdes Peninsula in the guard-gated city of Rolling Hills — one of the wealthiest and safest cities in America. The masterpiece of John Z. Blazevich, Hacienda de la Paz was crafted by an ensemble of world-class architects, interior designers and artisans from around the globe over the course of 17 years. An architectural tribute to California, the reimagined Andalusian estate is the only residence in the Americas designed by award winning Spanish architect Rafael Manzano Martos. 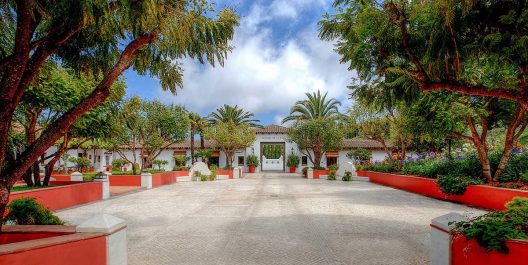 This awe-inspiring legacy estate is a culmination of a millennium of art, architecture and engineering, gathered under one roof and cannot be found anywhere else in the world. Much like an archaeological site displays an existence of past cultures, the residence uniquely showcases three distinct periods of Spanish history and architecture on one site; the 19th century Hacienda including Moorish gardens, an 18th century Neoclassical grand ballroom and 10th century Moorish hamam spa. As you drive through the breathtakingly beautiful carob tree canopy to the stately landscaped courtyard, you are transported to another time; a portal to the romance of the past while coexisting in the present. The main residence possesses a definite mystique with unpredictable architectural features, secret passageways and elevators that access various levels. Formal and informal living spaces, envisioned by the Spanish interior design team and thoughtfully curated with European paintings and antiquities, convey a warmth and history of times past. The English library was fashioned after a 19th century gentlemen’s club with flooring crafted from 800-year-old river-recovered logs. A Renaissance inspired chapel and an antique altar-piece were meticulously hand-painted by the Spanish artist in residence who spent years completing the decorative painting everywhere on the estate. A state-of-the-art gourmet kitchen with a fireplace and catering facilities (one of many on the property) allows for both lavish and informal entertaining. 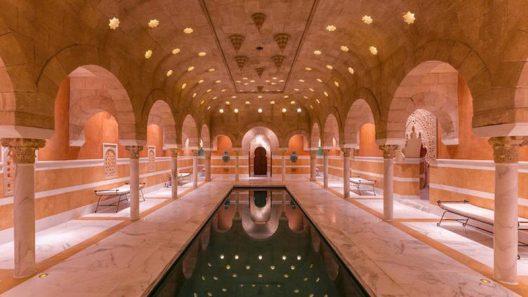 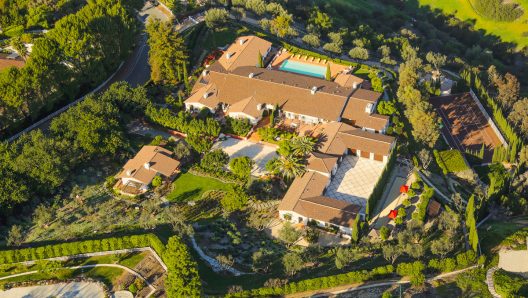