It didn’t take much effort to fall in love with the new Samsung project, called the Galaxy Z Flip…
Still, the version we just came across knocked us off our feet. To make the already attractive phone spectacular, the new version has received the signature of the famous brand Thom Browne. The American designer gave a touch of aesthetics to this hi-tech product, which is not a very common occurrence, but we are certainly glad about it. 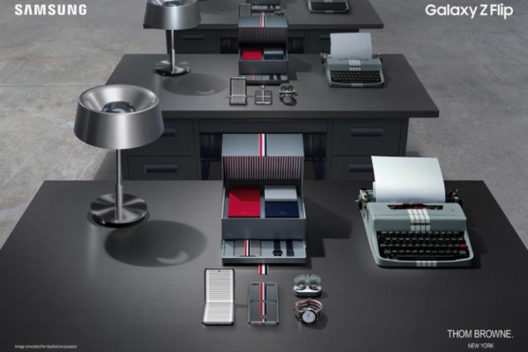 The red, white and blue lines running down the body of this model remind us of elegant shoes. Thom Browne Edition kit comes with ultra-stylish Galaxy Buds headphones of the same style, with the Galaxy Watch Active 2 model with a bracelet that accompanies the whole theme. In addition, the owners of this special kit can enjoy specially selected Thom Browne themes for the phone, with the most interesting animation being Venetians opening and closing when the phone is switched on and off. 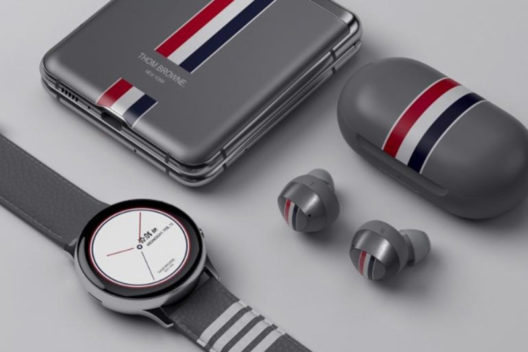 In addition to all these details, Samsung has included three cameras in its novelty, while the whole world at first glance fell in love with their Flex mode, which automatically divides the 6.7-inch screen into two smaller screens, which is available in the standard and this special offer. 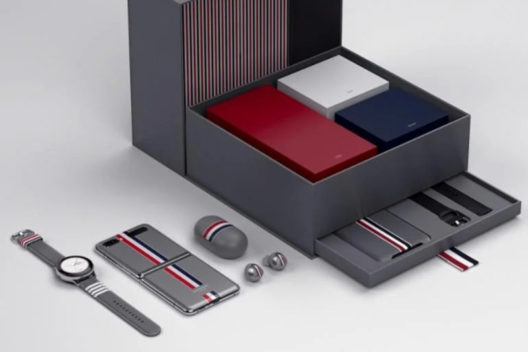 The price of Thom Browne model is unknown to the general public, as it can only be purchased in certain countries, but we know that the standard Samsung Galaxy Z Flip costs around $1,380. 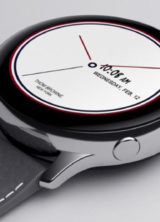 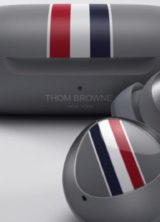 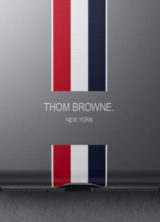