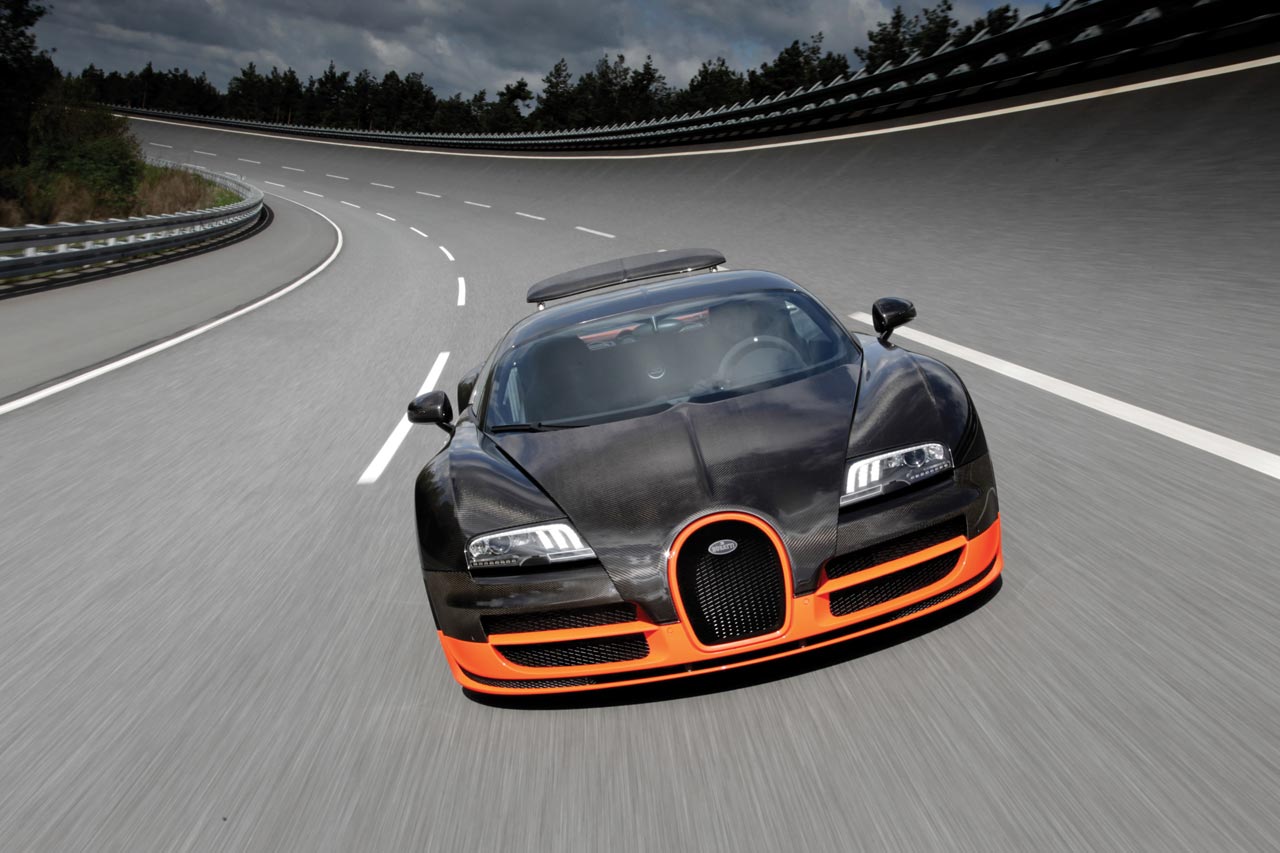 What you’re looking at here is the most extreme version of the Bugatti Veyron. Known as the Bugatti Veyron 16.4 Super Sport, the special-edition model broke a new landspeed world record for production cars hitting a top speed of 267.81 mph. Bugatti is claiming a new production-car top-speed record with a combined two-run average of 267.9 mph (431.072 kph) with a new Veyron 16.4 Super Sport model, smashing the 253.76-mph record set by a standard Veyron 16.4 in 2005.  It also betters the existing world-record mark of 256.23 mph (412.28 kph) established by Shelby SuperCars with its Ultimate Aero on a 12-mile stretch of road in Nevada in 2007. The Veyron 16.4 Super Sport was piloted by Bugatti’s official test-driver, Pierre Henri Raphanel, who returned two runs – one at 265.3 mph and one at 269.6 mph. The folks at TUV and Guinness took the average of both times, which came in at 268 mph.