Launch of New James Bond Book, Carte Blanche (CREWE, ENGLAND May 25) The first copies of the eagerly awaited new Bond book, Carte Blanche, arrived in style at St Pancras International in London (Wednesday 25 May 2011). Copies of the book by the best–selling American thriller writer Jeffery Deaver, published in the UK by Hodder & Stoughton, were delivered by the Royal Marines Commandos in a stunning display involving abseiling, a fast car and a beautiful Bond girl on a motorbike. In a scene which could have been lifted from a James Bond novel, Jeffery Deaver pulled up at Europe’s longest bar – The Champagne Bar at St Pancras International – in a special Carte Blanche red Bentley Continental GT flanked by a Bond girl clad in black leathers. 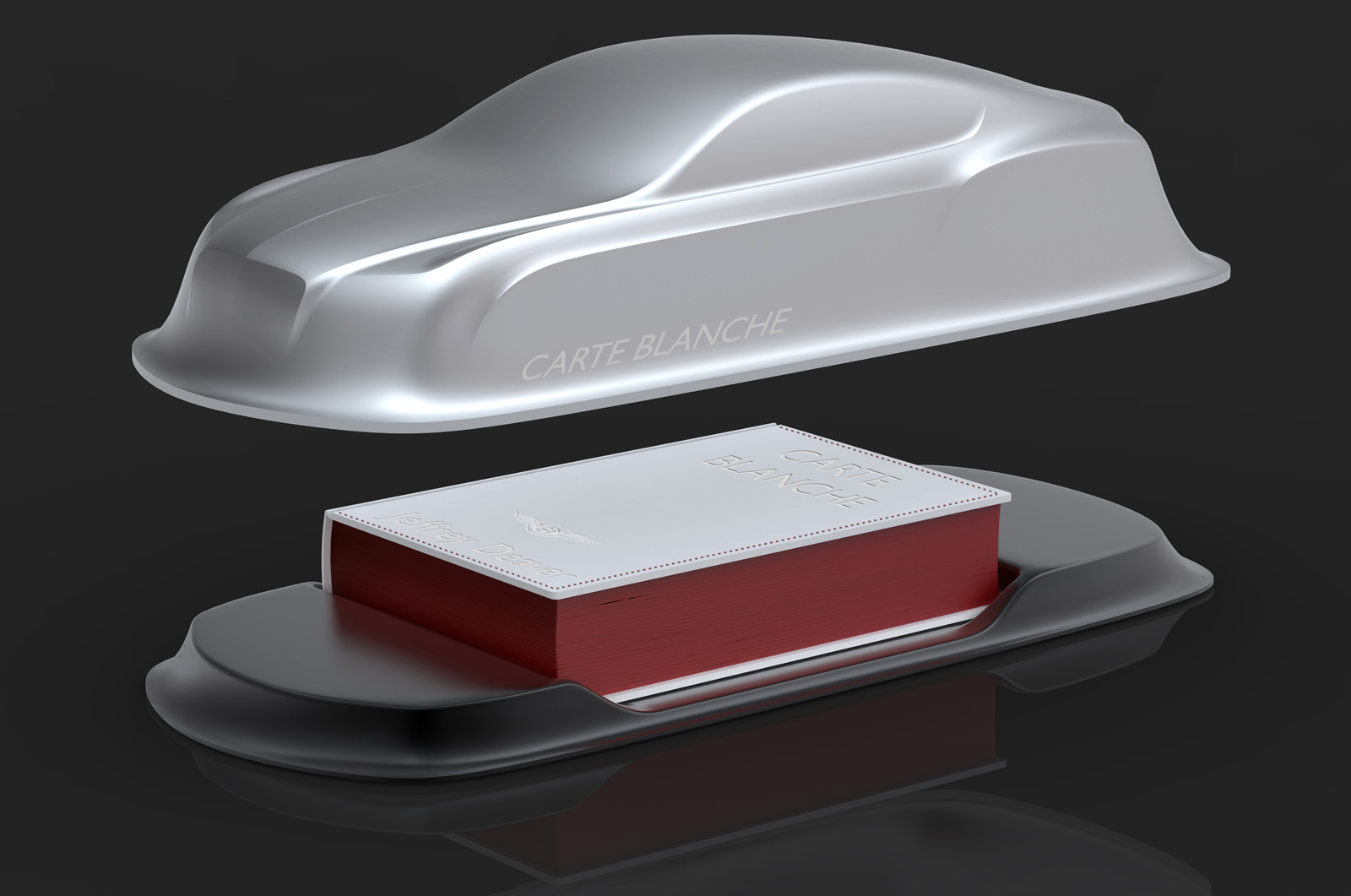 Limited Edition of the New James Bond Book, Carte Blanche by Bentley Motors (Press Release: CREWE, ENGLAND April 26) – To celebrate the release of Carte Blanche, the new James Bond book by Jeffery Deaver, on May 26 2011, publisher Hodder & Stoughton has partnered with Bentley Motors to create an exclusive Bentley special edition: the ultimate luxury edition of the highly anticipated new James Bond adventure. The 500 limited edition copies are available for pre-order from today, Tuesday 26 April 2011, exactly a month before publication date. Huge worldwide demand is anticipated for this new special edition after Bentley’s collaborative bespoke book for the previous Bond novel, Devil May Care, by Sebastian Faulks, sold out within days. Ian Fleming always admired the stately beauty of the Bentley and, as a result, James Bond owned three Bentleys over the course of the 14 original Bond novels. In Carte Blanche, award-winning thriller writer Jeffery Deaver reunites Bond with this classic marque. In this contemporary adventure, the agent will be behind the wheel of the beautifully sculpted and sophisticated new Bentley Continental GT. 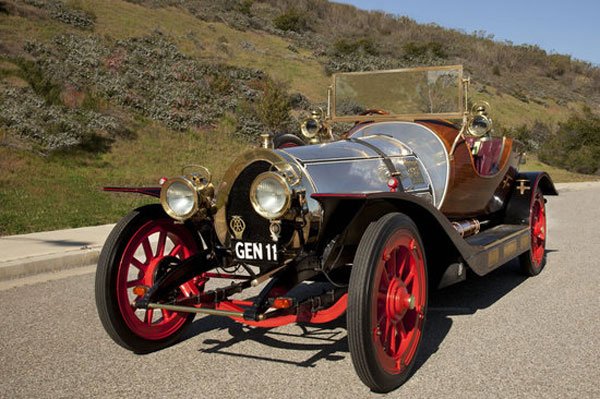 Original Chitty Chitty Bang Bang Car The iconic car which starred in the film Chitty Chitty Bang Bang and became a symbol of British eccentricity is a part of a multi-million dollar Hollywood memorabilia auction which will feature over 1,500 lots and will be held on May 14 and 15 at the Saban Theater in Beverley Hills. The car was recognised around the world after it starred in the 1968 hit film alongside Dick Van Dyke, Sally Ann Howes and Benny Hill. The original car used in the iconic 1968 children’s film Chitty Chitty Bang Bang is poised to make its final public appearance in the UK this weekend before it’s shipped out to the US to be sold in auction. The much-loved motor, with the registration number GEN11, has been seen by thousands of fans and spent more than 30 years competing in charity races around the country. 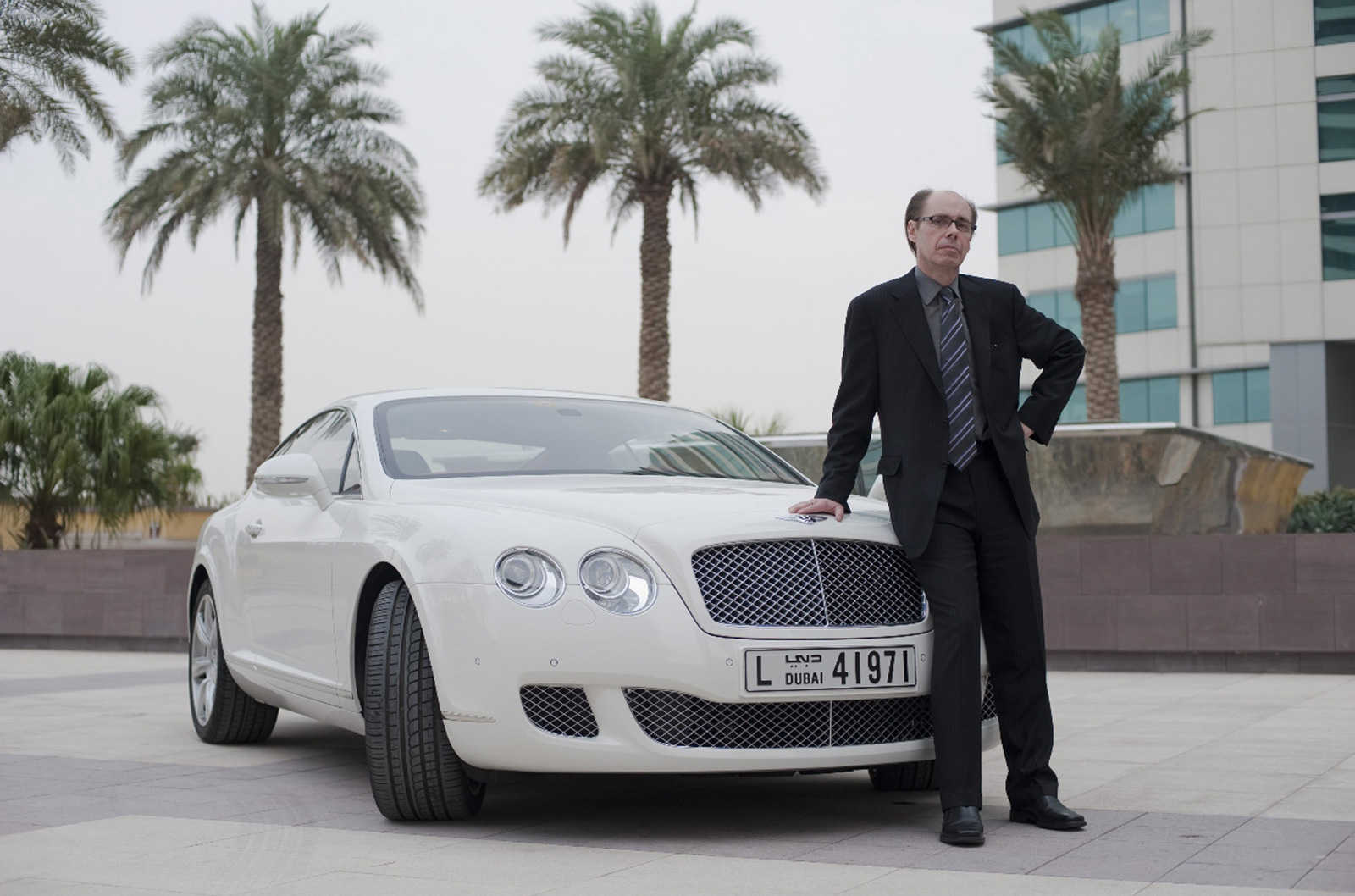 Jeffery Deaver with Bentley Continental GT in Dubai (Press Release) – Bond is back, and as ever he is sporting the best in luxury cars. In the pages of Carte Blanche, the new James Bond book by international best-selling author Jeffery Deaver, the fictional British spy has continued with his classic preference of luxury sports car by selecting the breathtaking new Bentley Continental GT as his transport of choice. Carte Blanche is due to be published by Hodder and Stoughton in the UK on May 26, a few days before the anniversary of Fleming’s birthday. It has been commissioned by Ian Fleming Publications Ltd. The book is partly set in Dubai, which is where the author and the new Bond car have been spotted, outside the InterContinental Hotel in Dubai Festival City. Bond’s new Continental GT certainly suits his character, with a fabled 6.0-litre, W12, twin-turbo engine capable of producing 567 bhp and 516 lb-ft of torque.
<
Gensler has just revealed the design for a museum housing the world’s largest collection of vehicles used in James Bond films, backed by the prestigiously named Ian Fleming Foundation. But it’s not in London, Monte Carlo, or even Russia (with love), it’s in tiny Momence, Illinois, located 50 miles outside of Chicago. 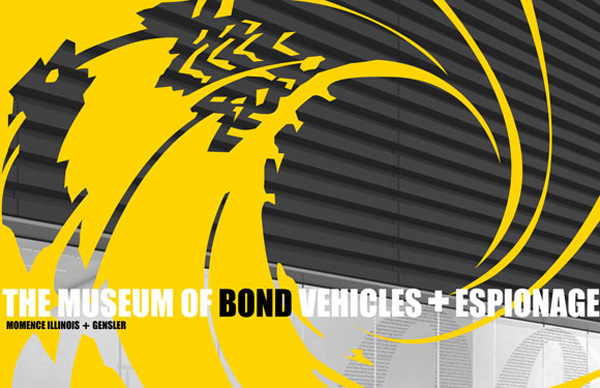 Slated to open in 2012—the 50th anniversary year of the first James Bond movie, ‘Dr. No’, the museum will house the collection of the Ian Fleming Foundation, including the world’s largest stockpile of vehicles used in the 23 Bond films. Its cache includes the Lotus Submarine Car used in ‘The Spy Who Loved Me’, the Aston Martin Volante seen in ‘The Living Daylights’, the BMW R 1200 C Motorcycle used in ‘Tomorrow Never Dies’, and the Bomabardier Rev 800 MXZ Ski-Doos from ‘Die Another Day’.