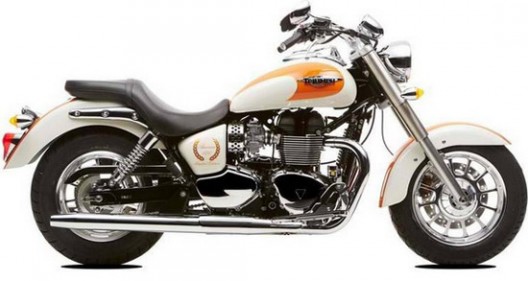 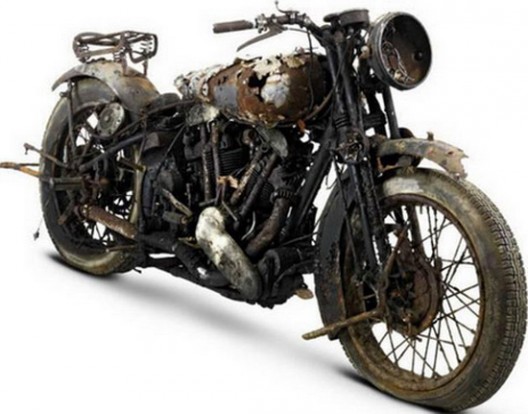 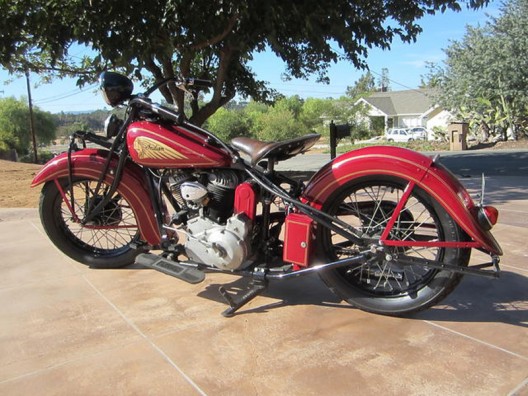 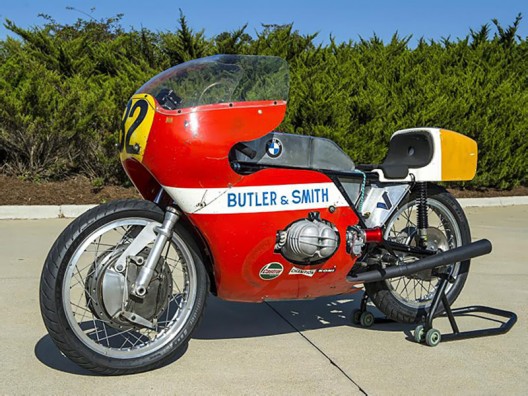 <
Bikes belonged to two of the most famous motorcyclists in film, Steve McQueen and Dennis Hopper, go under the hammer. From July 26-27, all fans of film bikes will have a chance to bid for interesting part of history at Mecum Celebrity Items Auction in Santa Monica, California.

First vintage, celebrity motorcycle is McQueen’s, a 1971 Husqvarna 400 Cross, one of his favorite off-road and racing bikes, and one famously appearing with him on the cover of Sports Illustrated. With its signature red and chrome gas tank patch, mud flap, Magura cables, and brake and clutch lever dust covers, is identical to the one McQueen famously rode shirtless in the whimsical beach scene outside of Camp Pendleton for “On Any Sunday.” This is the first time ever a Hopper bike has been offered at auction – Hopper’s 1968 Husqvarna 250T Commando, one of only 300 Commando’s ever produced. Originally registered to Dennis Lee Hopper of Venice, California, bike includes many special features: 21″ front, single cylinder two-stroke engine, CEV speedometer, headlight, horn and tail light, leather tank bag and single muffler.

Other Steve McQueen’s interesting items to be offered on sale include 1931 Harley Davidson VL 74 and his 1890s Hendee & Nelson Silver King Bicycle, as well as and 1969 Chevrolet C/10 Baja Truck. Other collector cars to be featured include Elvis Presley’s personal 1972 Cadillac Custom Estate Wagon , Frank Sinatra’s personal 1989 Jaguar XJS, a George Barris Custom built 1957 Chevy Coupe for Ringo Starr, Bette Davis’ 1980 Ford Mustang, a 1965 Chrysler Imperial used in the 2011 film The Green Hornet, the 1973 Chevrolet El Camino used in the popular TV series My Name is Earl, a 2007 GMC Yukon featured in CSI: Miami and the custom-made “Flintstone Family Car” from the 1994 feature film The Flintstones.

We already wrote about historic rare 1902 Rambler Model B, one of the one the first motorcycles that will be offered as highlight at Bonhams 3rd annual Las Vegas Motorcycle Auction. Now, one more, also historic and recently discovered example will join as top lot at upcoming Las Vegas auction – the sole surviving example of a 1905 Leo Two-Cycle. 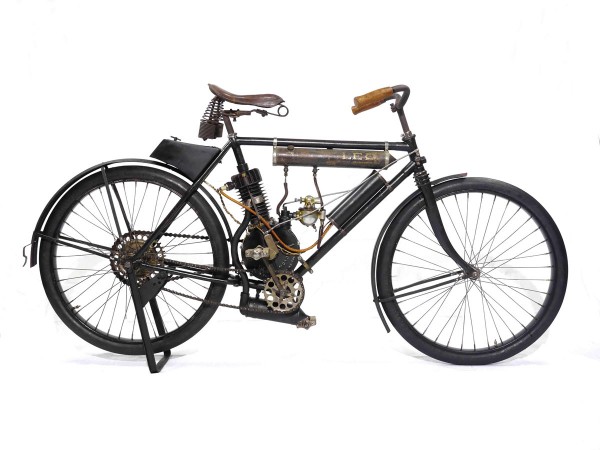 1905 Leo Two-Cycle made by the L.A. Mitchell Motor Company of Oakland, California

Made by the L.A. Mitchell Motor Company of Oakland, California, this 107 year-old motorcycle was hidden and forgotten for decades, in the warehouse of a New England museum, where was recently discovered in extraordinary condition. With its freely-turning motor, strong compression and original components, such as spokes and rims, Thor pedals and Troxel leather saddle, this extremely rare piece is also historically significant due to three facts: Vehicles of California manufacture are exceedingly uncommon, Leo is thought to have been produced for just one year, 1905, and this now represents perhaps the earliest surviving example of an American two-stroke motorcycle. These two historic motorcycles will be offered alongside the recently announced collection of Rennsport BMWs, including the very rare 1939 Kompressor and 1970 Husqvarna 400 Cross off-road motorcycle once owned and ridden by Steve McQueen – at  Bonhams 3rd annual Las Vegas Motorcycle Auction on Thursday 10th January at Bally’s Hotel & Casino on The Strip. 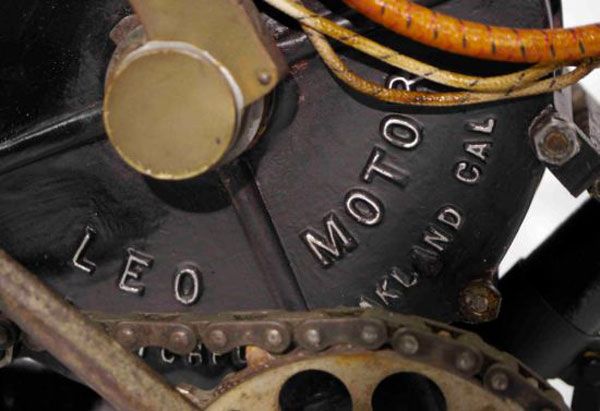 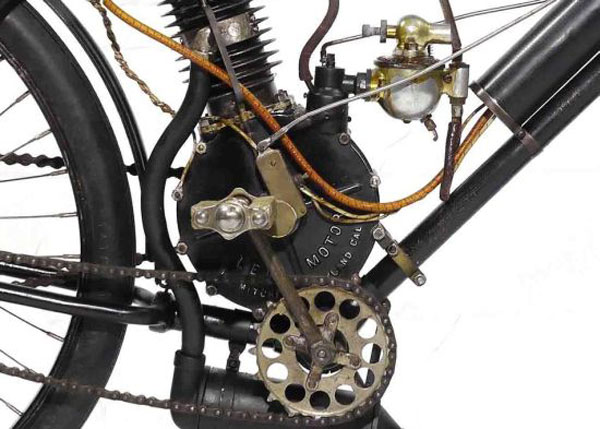 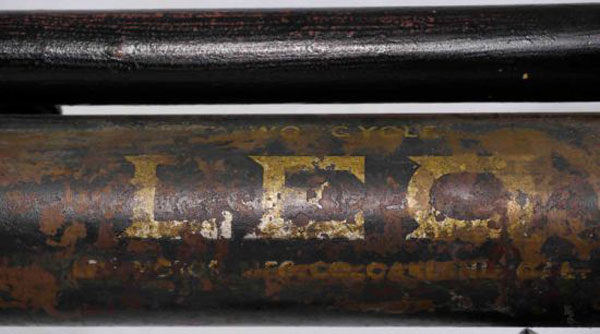 In the early 1980s, the celebrated Garelli motorcycles dominated the 125 class in Grand Prix motorcycle racing winning six consecutive world championships between 1982 and 1987. Founded in 1919 by Alberto Garelli, this historic motorcycles have marked the begining successful racing careers of many renowned Italian motorcycle racers including Tazio Nuvolari, Achille Varzi and Ernesto Gnesa. Now, the entire Garelli Grand Prix Collection will be offered at Bonhams sale on February 5 and 6, 2013 at the Grand Palais in Paris, France. 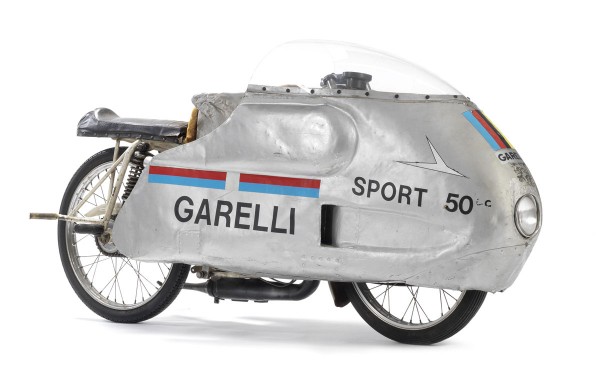 Two dozen Garelli racing motorcycles are up for bidding, mainly from the company’s heyday in the early 1980s, with some pre-war machines included as well. Notably, all of these historic Garelli motorcycles which were originally housed by their current owner in a private chapel will be exclusively sold at no reserve. Highlights from this collection include the 1963 50cc Monza world-record breaker, complete with its “dustbin” fairing, a 1983 Garelli 50cc racer which Eugenio Lazzerini rode to the world title that year, and a 1987 125cc twin which won Garelli’s sixth rider’s World Championships and fourth manufacturer’s title. Estimated worth of these machines range from $15,000 for the 1980s racers, all the way to $90,000 for the 1963 model. Also part of the same single-owner collection are two non-Garelli motorcycles: Honda RC30 American World Superbike Champion Fred Merkel rode during the 1989/1990 season (estimated worth: $26,000 – $39,000) and a 1989 Yamaha TZ250 Frenchman Jean-Francois Balde competed on during his final season of Grand Prix racing (estimated worth: $4,000 – $6,500). The second single-owner collection that will headline the motorcycle section of the Bonhams sale at the Grand Palais is comprised of 55 motorcycles all belonging to the late Claude Leselier. Highlights (and estimated values) from this collection include: 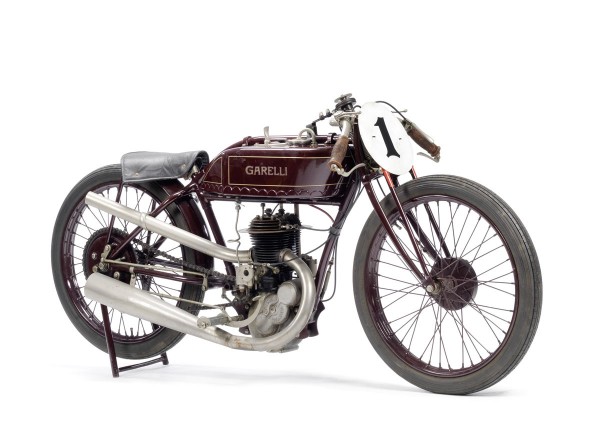 Concorso d’Eleganza Villa d’Este 2011 – BMW 328 Sport The Concorso d’Eleganza Villa d’Este is undoubtedly the most traditional event which was held for the first time as early as 1929. This year’s event will be held on the weekend of 20-22 May over the grounds of the Grand Hotel Villa d’Este and neighbouring Villa Erba in Cernobbio on Lake Como. The beauty of the setting, the impeccable hospitality, the efficient organisation, the programme at the Grand Hotel Villa d’Este and Villa Erba, an enthusiastic audience, the public awareness in the international press and TV, and above all, the elegance, the originality and state of preservation of the precious automobiles participating in the event are some of the things that are enhanced Since Concorso’s revival in the 1990s. 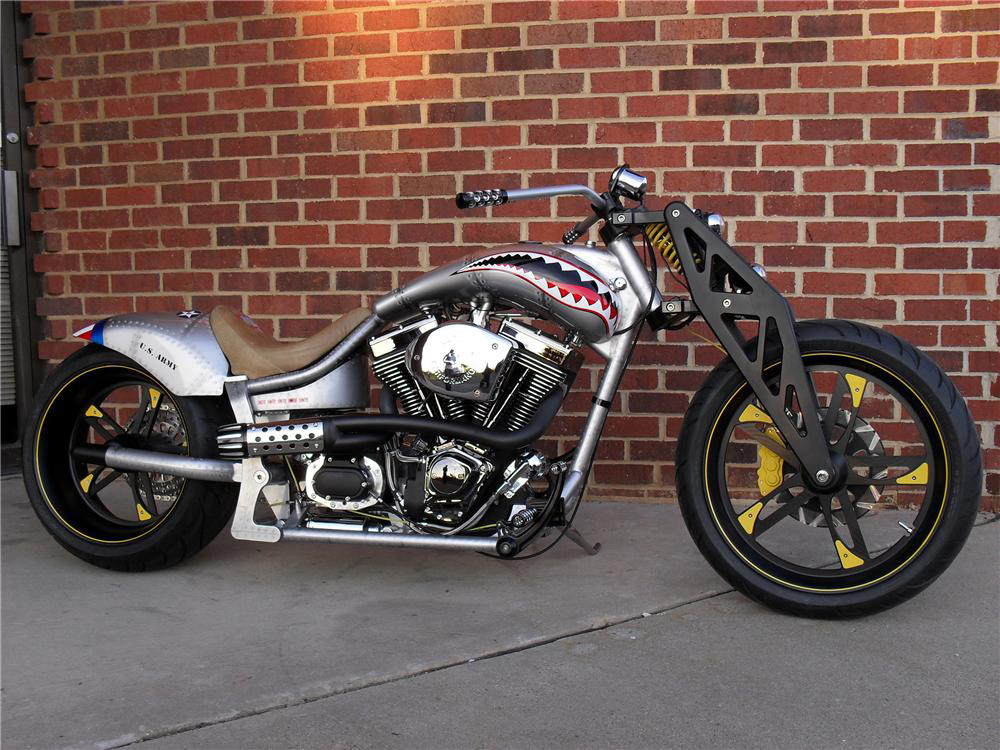 Barack Obama Signed Custom Chopper From September 23 to 25, the Barrett-Jackson Auction Company will be putting a custom designed chopper on the auction with a special accessory, President Barack Obama’s autograph. It will also have the signatures of Vice-President Joe Biden and National Security Advisor James Jones. Built by Hardcore Choppers of Sterling, VA, the United States Army Chopper was designed to recall the European race cars of the ‘50s. It features an intricate Army P40 Warhawk theme paint job and sprints from zero to 60 mph in 2.7 seconds with a top speed of 160 mph. It features a six-speed transmission and a V-twin engine that is capable of developing 150 horsepower and 197 Nm of torque.