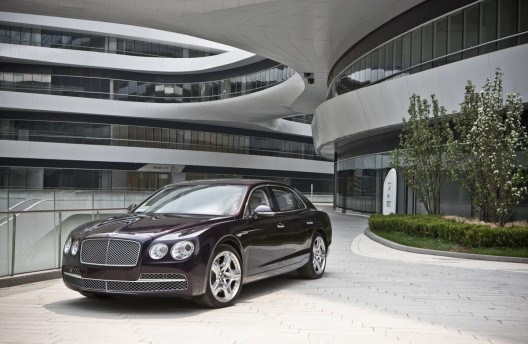 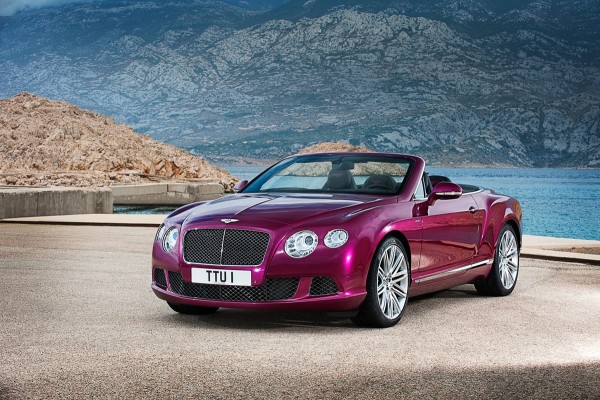 Using the same 625 PS (616 bhp) twin-turbocharged 6.0 litre W12 engine as the recently launched GT Speed Coupé, new GT Speed Convertible can reach accelerate to 60 mph in 4.1 seconds (0-100 km/h in 4.4 s.), and to 100 mph (160 km/h) is despatched in only 9.7 seconds, while delivering a fifteen per cent improvement in fuel efficiency. Peak torque – an impressive 800 Nm (590 lb.ft) – is reached at just 2000 revs/min and maintains that level through to 5000 revs/min for effortless, refined performance at all times. Visually, striking details include unique 21-inch wheels available in silver or an optional dark tint, a matrix radiator grille and bumper air intakes in a dark-tint chrome finish. Chopping the roof off a car reduces stability and handling and, paradoxically, increases weight. The extra reinforcements have upped the car’s gross weight to 2900kg (6393 lb), making it 150kg (330lb) heavier than its hardtop counterpart. The interior of the car features luxury details that are characteristic of Bentley: distinctive diamond-quilted hide upholstery, an exclusive Dark Tint Aluminium ‘engine spin’ finish, inspired by the dashboards of the Le Mans winning Bentleys of the 1920s, the full range of fine wood veneers and a satin-finish Carbon Fibre option for fascia and centre console. 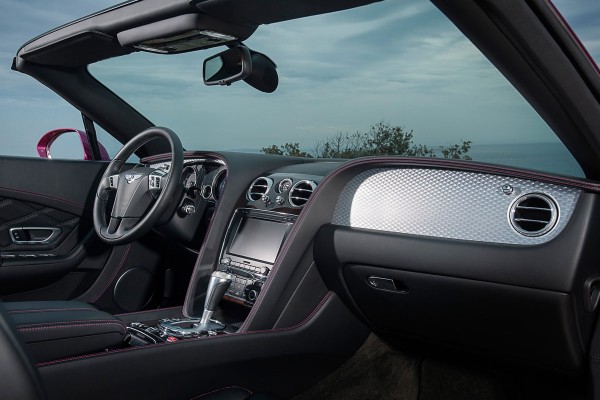 For the Continental GT Speed models Bentley offers an exclusive Dark Tint Aluminium ‘engine spin’ finish, inspired by the dashboards of the Le Mans winning Bentleys of the 1920s

The high-tech equipment include refinements such as point of interest mapping, optional satellite landscape imagery, live traffic data and, where the infrastructure supports it, digital radio. The system features 15 Gigabytes of available music space, as well as the facility to play music via an iPod, MP3 player, the car’s own six-disc CD changer or SD card. Also included flat panel Balanced Mode Radiator (BMR) speakers or alternatively, the audiophile Naim for Bentley system, incorporating custom-built speakers and eight individual Digital Sound Processing modes, is available as an option. Commenting on the new Continental GT Speed Convertible, Bentley Chairman and Chief Executive Dr. Wolfgang Schreiber said: “Following the recent successful introduction of the GT Speed, the new GT Speed Convertible will appeal to drivers who seek the sensory thrills of the world’s fastest four-seat soft-top and the practicality of a year-round grand tourer, together with unrivalled levels of luxury and refinement.” 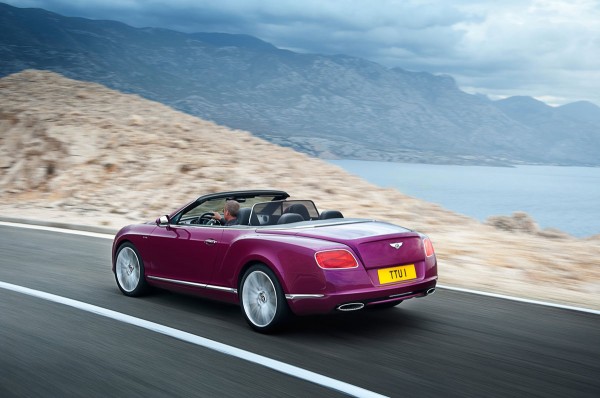 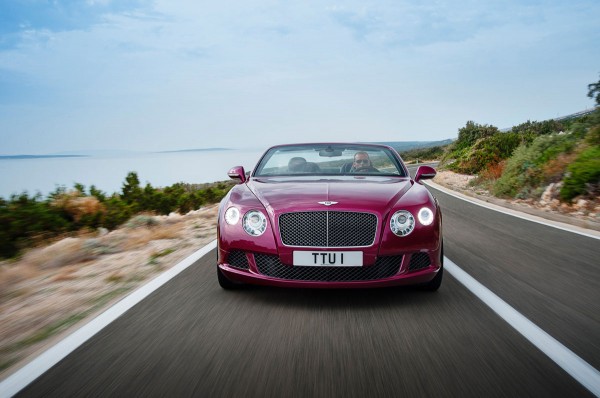 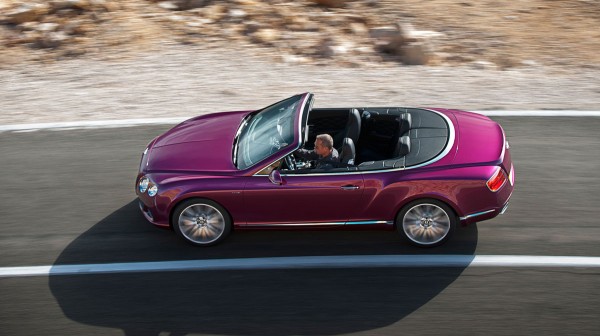 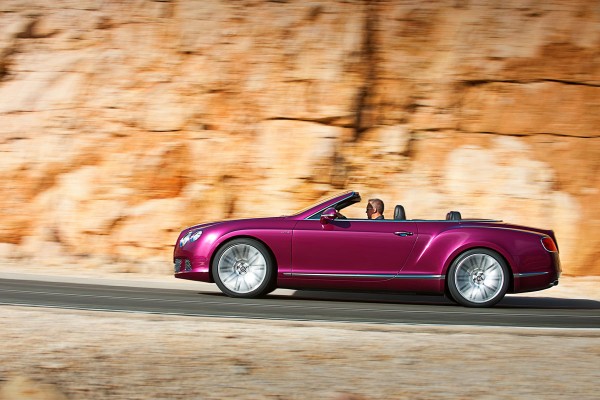 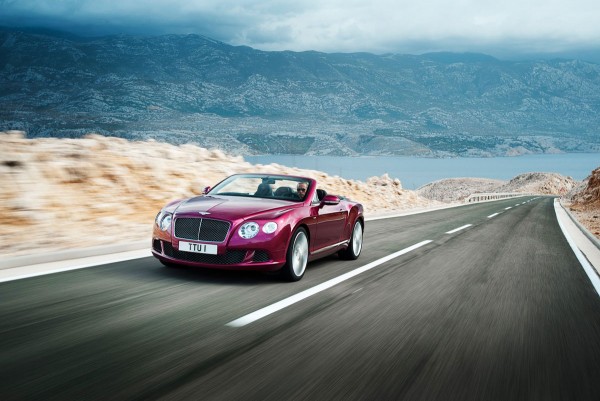 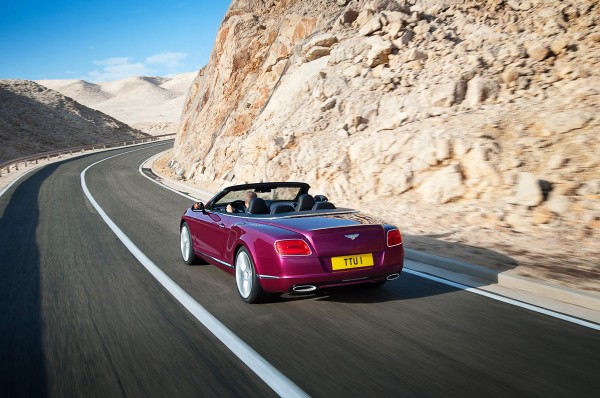 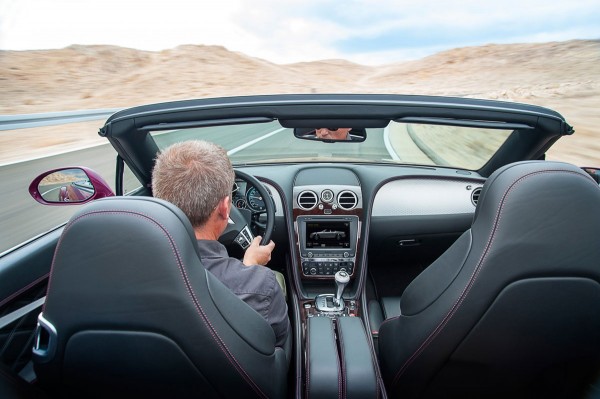 As a thoughtful touch, the audio balance settings automatically alter when the roof is lowered to compensate for the change in listening environment 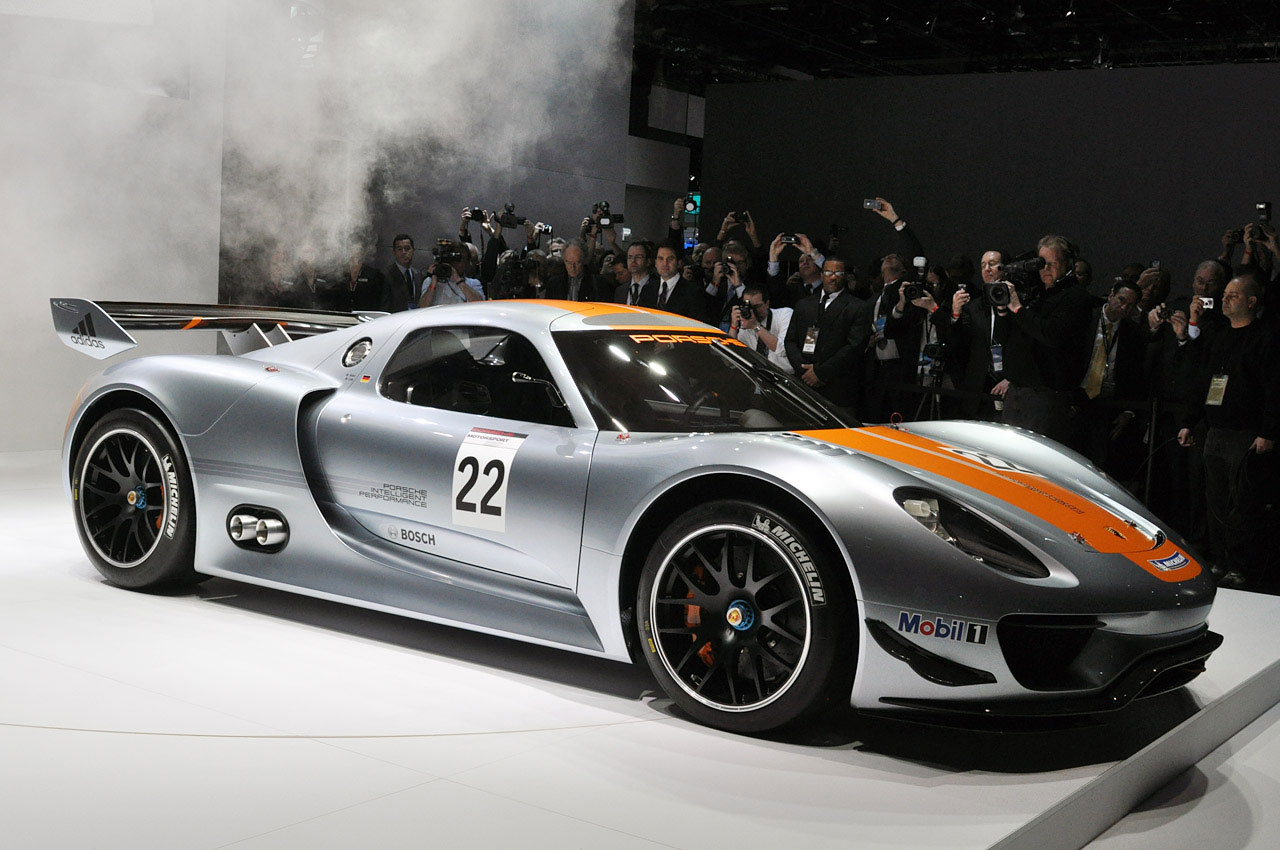 Porsche 918 RSR Hybrid Race Car The 2011 North American International Auto Show in Detroit just kicked off with a blast as Porsche rolled out its brand new 918 RSR hybrid race car. The Porsche 918 RSR combines the styling of the 918 Spyder concept car, first introduced at the Geneva Auto Show in March 2010, with the flywheel hybrid technology of the successful 911 GT3 R, that competed in several races in 2010. Also, the Porsche 918 RSR won best concept vehicle at the Detroit auto show in the annual Eyes On Design awards. The 918 RSR is a two-place midengine coupe that is essentially a racing version of the 918 Spyder, fitted with flip-up doors, carbon-fiber body panels and a roof-mounted air intake. The car is painted liquid metal chrome blue with longitudinal stripes, and carries the number 22 — an homage to the Martini-liveried Porsche 917 that dominated the 1971 24 Hours of Le Mans. 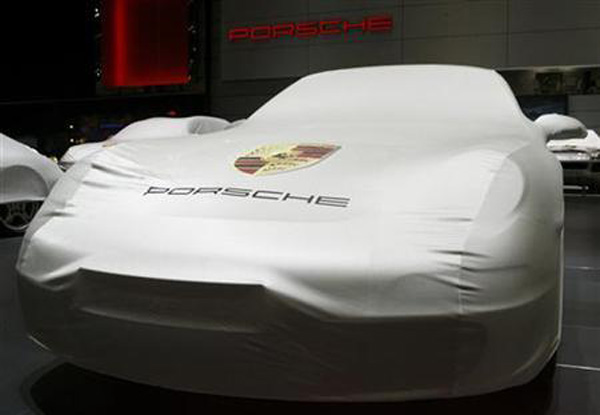 It’s been a long four years since the last time we saw Porsche at the Detroit Motor Show, but the reowned Stuttgart automaker is getting ready to make a big comeback at the 2011 edition of the event. Not only will Porsche make it to the 2011 NAIAS (North American International Auto Show), but the company revealed through one of its spokesman that it is planning to premiere a spectacular model. In an interview with Bloomberg, Hans-Gerd Bode, a Porsche spokesman, said recently, We’ll have something spectacular to show there. You’ll have to wait and be surprised. Early reports indicate the automaker will debut a supercar concept, possibly a new iteration of the Porsche 918 Spyder that debuted at the Geneva Motor Show this past March. The concept could be based on a more production-ready version of the 918’s platform and possibly pack a conventional powertrain rather than the hybrid drivetrain fitted to the original concept.